First…while I don’t have an orange Corvette–Daytona Sunrise Orange was my first choice when I decided to look for a 2016 Z06 in earnest, but they are quite scarce so I didn’t want to wait for one–my wonderful wife just bought me a nice substitute:

Yes, it would have been easier to photograph the hat while it was on a table or something, but I liked the challenge of a selfie without a face. Sorry for all of the ceiling in the pic. I am really getting gray…

As I have chronicled before, I used to create my own weekly Top 40 song list. This practice began about this time of year, perhaps a little earlier, in 1972 or 50 years ago. It ended about a year after it started, probably because I discovered jazz and stopped listening to Top 40 radio. It began, in part, because a couple of songs rekindled my interest in music early in 1972.

The major impetus, though, was Dr. Zal beginning to do something similar earlier, in 1971 I think, but he would rearrange the given Top 40 according to his preference. I decided I wouldn’t be constrained at all by the preferences of the American record-buying public. At this time, I was listening to a lot of R&B or as we called it then, Soul Music. Yes, I regularly watched Soul Train for about a year. Many of the songs I listened to and liked would never appear on the Billboard Top 40 chart.

An amazing site, top40weekly.com, lists every Billboard Top 40 (and more) going back to 1955, the first “full” year of the Rock and Roll Revolution. (I had no idea Billboard is still compiling this list every week. How do you measure popularity in the era of streaming music?) For the first Throwback Thursday post in three months, I decided to show the Billboard top ten singles on this date 50 years ago. How many do you remember? 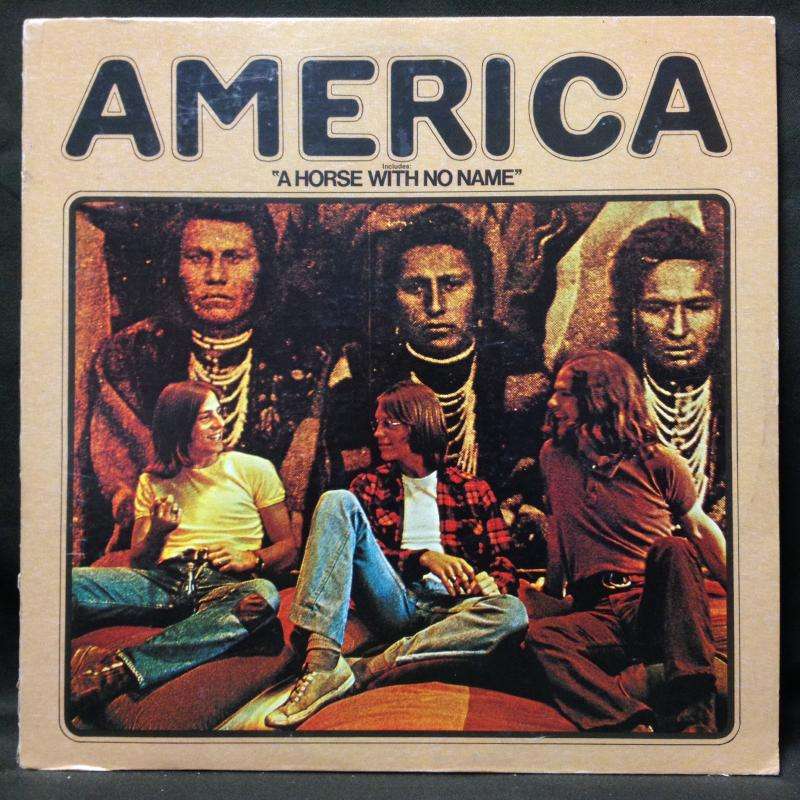 My album cover does not show “Includes: A Horse With No Name” although it is the same in every other respect. Yes, I still have the album even though I have no way to play vinyl right now. Besides, I also have no idea where the album is.

I remember every song except #10. I am fairly sure I own three of these 45s, which does not include A Horse With No Name. Besides the America album, though, I also have the song in digital form.

You have no idea how much I wish I still had my Top 40 charts. Sadly, they were lost a long time ago. “My salad days, when I was green in judgment.”  – Shakespeare