I had not originally intended to publish this post today. Happy Birthday to my wonderful wife’s father…

No law says I have to start this series with a year ending in “3.” This year, 1927, made the most sense to me as a starting point for one main reason: it was the last year of production for the Ford Model T. (By the way, it was not the last year for Model T engine production. Ford continued to manufacture those engines until 1941!) Yes, when I was a “baseball guy” 1927 had much significance as the year of the legendary ’27 New York Yankees, still considered by some baseball historians as the best team ever. However, I will not write about events outside the automobile industry in Threes And Sevens. OK, maybe I just did.

As late as 1923, Ford had more than a 50 percent market share of the US auto industry. However, Ford sales declined by 22 percent from 1923 to 1926 and its market share declined from 51% to 39%; the latter is still an impressive figure, of course.

has been criticized by many automotive historians for ending production of the Model T without having fully developed its replacement. The Model A was announced about the same time Model T manufacture ended, May of 1927, but it was not revealed until December of 1927, obviously as a 1928 model.

As Mark has pointed out, in 1928-29 US automotive styling changed with the introduction of more complex shapes and curves. That was another reason I thought 1927 was a good place to start as it marked the end of the “box on wheels” phase of automotive design. I would argue that idiom has returned, especially with the dominance of pickup trucks and SUVs. In my opinion, virtually all of those vehicles look like boxes on wheels. From My Classic Garage, a picture of a 1927 Ford Model T. By this time, they were available in colors other than Black. 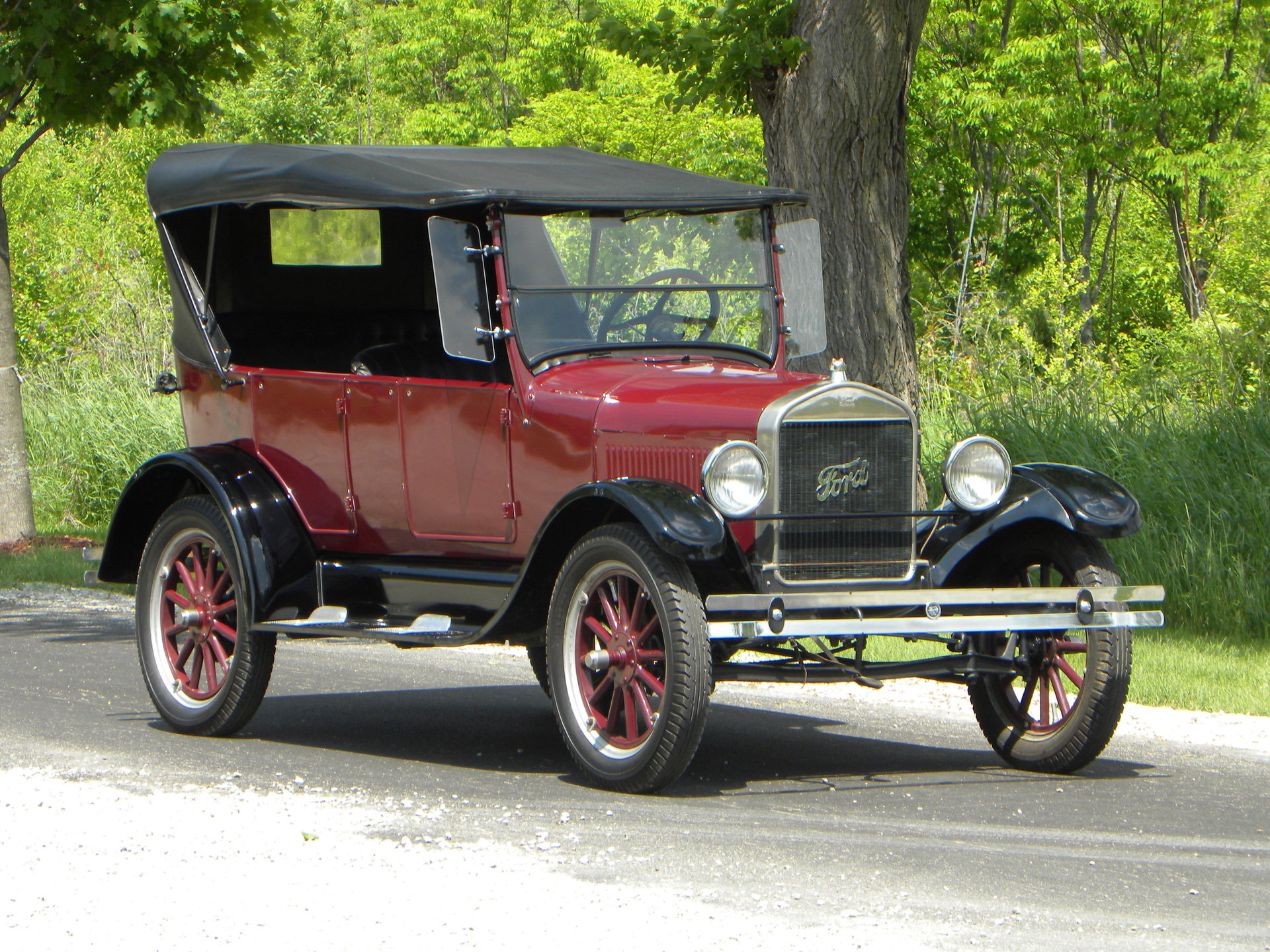 Despite production ending in May, as far as I can tell the Model T was still the leading car model in terms of sales in 1927. However, Chevrolet outsold Ford for the first time and became the first non-Ford US manufacturer to reach the million mark in annual sales. Chevrolet’s leading seller was the 2-door, 5-passenger Coach, which sold about 240,000 units. Hopefully, below is a picture of that type of car. I can never be sure photos like this are labeled correctly and I don’t know enough about this vintage automobile to identify them on my own. (Where is Dave’s Car ID Service when I need it? @iowahawkblog on Twitter identifies rare cars once a week.) 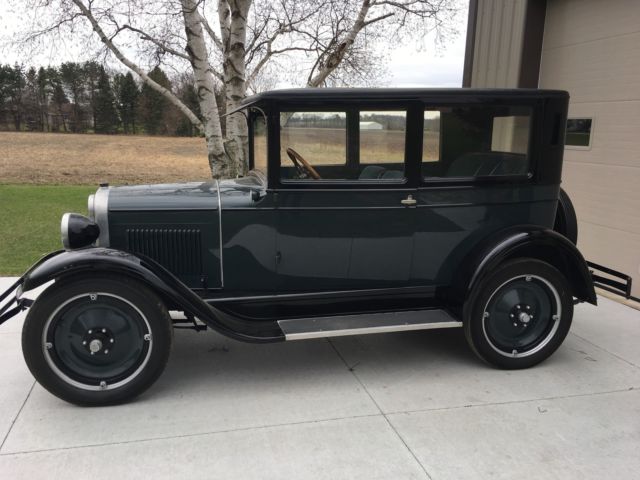 This car had a “list” price of $695. That figure is supposedly equivalent to about $11,300 in today’s dollars, which would still be very inexpensive for any car, let alone a new one.

Elsewhere in the US auto industry in 1927:

According to The American Auto by the Auto Editors of Consumer Guide®, it was in 1927 that General Motors President Alfred Sloan led the industry toward the annual model change, ushering in the concept of “planned obsolescence.”

1927 was the last year Dodge operated as an independent make. Walter Chrysler purchased Dodge in July of 1928 from Dillon and Reed, the large New York banking company that had purchased it from the widows of the Dodge brothers in 1925.

Overall US car production declined by 20 percent compared to 1926.

LaSalle was created as a companion make to Cadillac. Designing the LaSalle was Harley Earl’s first real project after being hired by General Motors.

In the interregnum between E.L. Cord’s purchase of Duesenberg in 1926 and his remake of the company that led to the introduction of the legendary Model J in late 1928, Duesenberg built 13 examples of the Model X in 1927. Only five are known to survive today including one that Jay Leno found in a garage in 2005.

PLEASE let me know what you think of this post and what changes, if any, you would like to see for the Threes And Sevens series. Thanks.