I had two vivid dreams last night/this morning, the first of which led to this post title. The first dream was about my being in a hospital visiting a very ill boy who was receiving experimental treatment. I don’t know what my connection was to him.

After I left the room–for reasons unknown–I heard a Code Blue call for his room. I rushed back to find doctors and nurses working frantically to revive him. I moved closer and spoke to him imploring him to get better. All of a sudden, the boy opens his eyes and all of us in the room are elated. I began to jump for joy, literally. The feeling of happiness was overwhelming.

The second dream was far more typical. I have to find a weird address, something like 89 EXCT, but it is important that I find it although I don’t know why. My car’s GPS kept taking me to wrong addresses in neighborhoods that seemed more dangerous each time. (My Z06 actually doesn’t have navigation, but it does have Apple CarPlay so I could use the Maps app on the phone.) Something compels me to continue looking despite my growing sense of danger.

Once again, it can be hell to live inside my head.

Thanks to my friend and neighbor John and his sons Steven and Nick for accompanying me to the annual Wheels and Wings/Open House event yesterday at Sky Ranch Airport in nearby Carefree, Arizona. Although we arrived about 15 minutes before the scheduled beginning time, as is custom here the venue was already crowded.

Steven is actually a licensed pilot, which I did not know. His knowledge of aircraft was most appreciated. All three of them are confirmed gearheads. The turnout was unbelievable. Without further ado:

The cars were grouped by similar type. These two photos were from the British row. There was a Corvette row, a German row, etc. 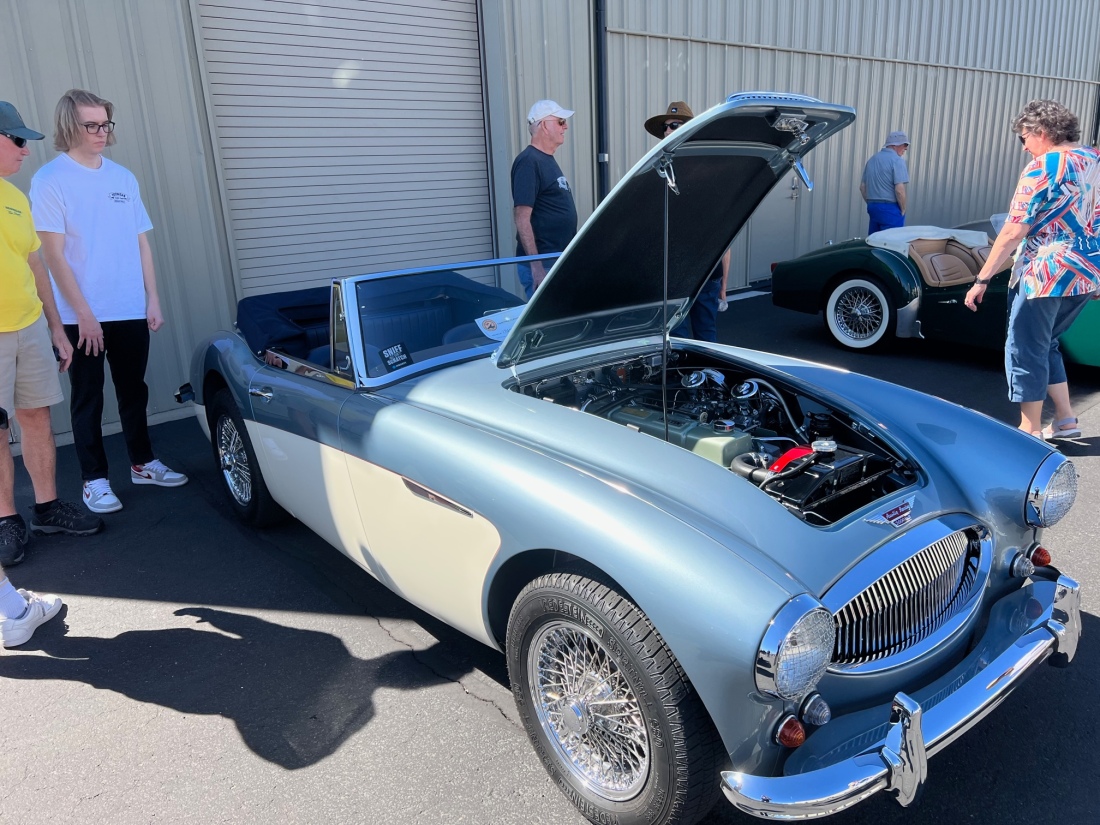 Now for some wings:

Yes, it was a beautiful day in Carefree. The weather here this time of year does not suck.

We were treated to a demonstration of an RC aircraft powered by a real jet engine. How much for such a “toy?” How about $12,000-$14,000. I was too slow on the trigger to shoot a video and, besides, videos longer than 10-12 seconds are too large to reliably load into my WordPress media library. Some more car photos:

This 1965 Pontiac GTO was very sharp. Although I have a strong sentimental attachment to the ’67 GTO, one of which was my first car, I have to admit I’m not sure that I don’t like the looks of the ’65 more. 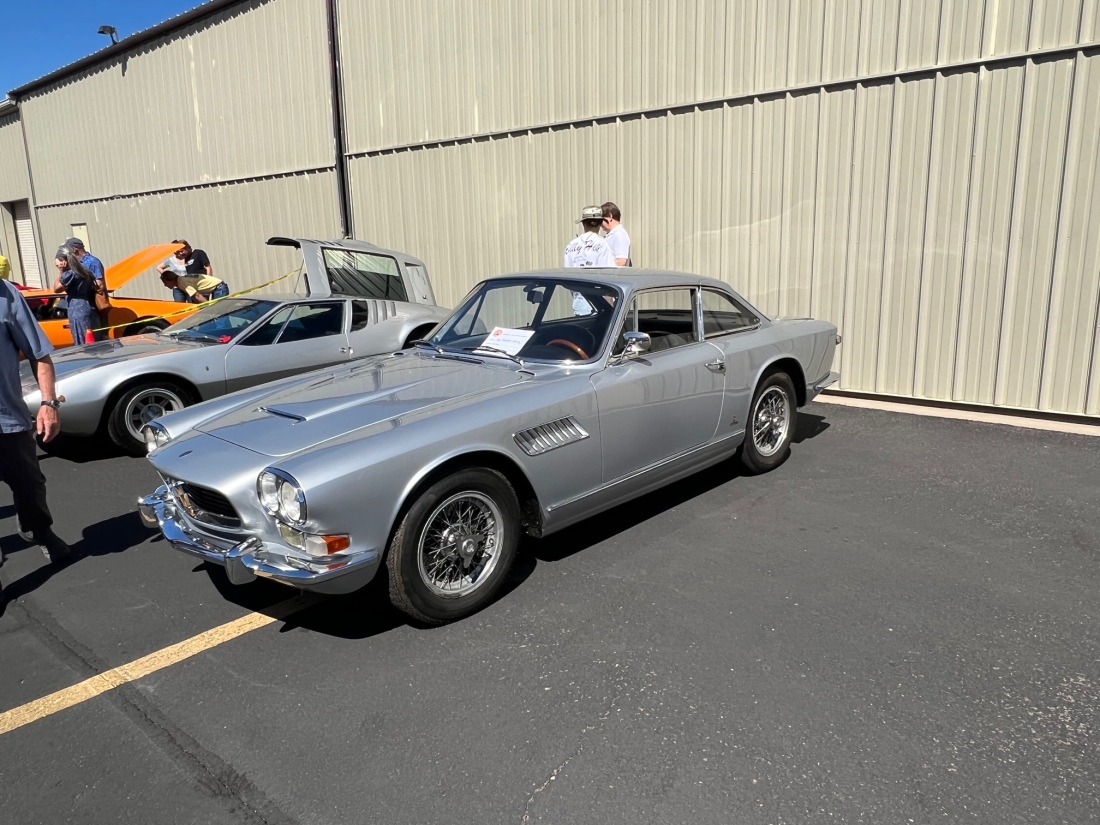 Yes, like many Maseratis this 1964 model took my breath away. Yes, next to the Maserati in the top photo is a DeTomaso Mangusta, predecessor to the Pantera. Only about 400 Mangustas were built from 1967 to 1971. I love the car culture here.

The number of comments has declined even more sharply than the number of views. Please feel free to submit thoughtful comments. Thanks.

4 thoughts on “Maybe I’m Not A Bad Person”