Age-related memory (and concentration) decline strikes again. I had something in mind with which to begin this post, but have simply forgotten what that was.

Obviously, the candidate list for the “U” car was not very long. Here is a photo of one of the cars built near the end of the tenure of the “U” make as a manufacturer of personal cars.

Georges Richard founded Unic in 1904. (The photo is a 1936 Unic U6 Sport 2-door sedan.) His effort was financed by Baron Dr. Henri de Rothschild; yes, the Rothschild family. It was on Rothschild land that Richard supervised the construction of a large factory for manufacturing cars (in Puteaux, in the western suburbs of Paris) that was completed in 1906.

The name of the company, unique in French, came from Richard’s original plan to build just one model. That model was powered by a 1.7 liter two-cylinder engine that produced 10 horsepower, had a three-speed transmission and shaft drive. However, Richard soon found a demand for larger 4-cylinder cars.

From almost the beginning, Unic automobiles were much in demand as taxicabs. Of the roughly 7,300 Unic cars built between 1906 and 1913, half were taxicabs. In both London and Paris only Renault had more taxis in operation. Below is a picture (from Pinterest) of a Unic taxi that is labeled as a 1903 model, but that has to be a mistake. I’m guessing it is of 1906-07 vintage. 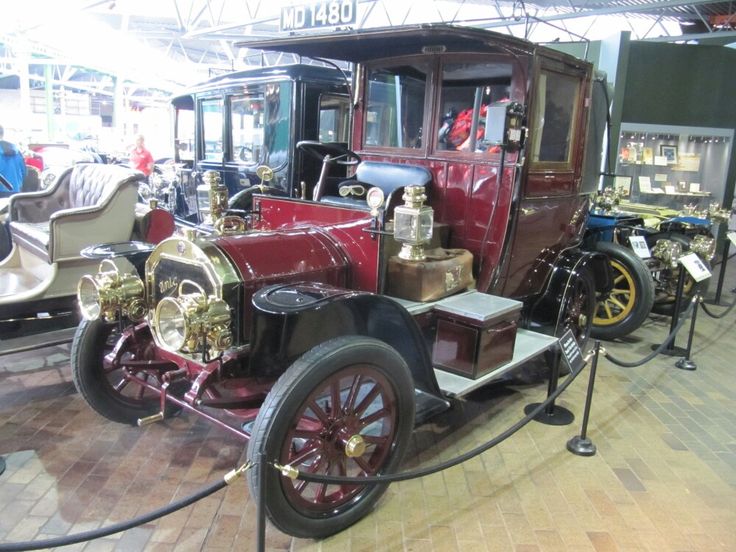 World War I changed the direction of the company as it became a manufacturer of trucks and ambulances in addition to passenger cars. Commercial vehicles became the company focus and, no doubt, that played a role in Unic falling behind other French makes in terms of innovation for passenger cars. The death of Georges Richard and his two sons–his son Raymond was killed in aerial combat in 1916, all three died between 1916 and 1923–also negatively affected the company’s ability to stay current.

Unic ended passenger car production in 1938, but continued to manufacture trucks. In 1952, Unic was acquired by Simca, a French automobile company although founded by Fiat. In 1975 a holding company called Iveco was created that “controlled” truck and bus brands such as Fiat and Unic. In 1992, the name of the company was changed from Iveco Unic to Iveco France and the Unic name was no more. Of course, Unic trucks had long been badge-engineered Fiats, anyway.

Posting for the next few days will be sporadic or non-existent. I had originally hoped to complete the Cars A To Z series by the end of this month, but the best laid plans of mice and men oft go awry. Thanks, Robert Burns.