My wonderful wife was not with me so I was alone to process the news. I sat in a room that reminded me very much of the General Manager’s box at Qualcomm Stadium in San Diego, where I often watched the games. I was sitting with my head on the built-in shelf/table at the front of the box. After awhile I said to myself, “The doctors are crazy. I feel fine.” I raised my head and to my horror noticed two large bumps, one on each arm, that looked like blisters. My facade of denial was totally pierced and I was petrified.

At that point I woke up and the first thing I did was to check each arm. From what kind of mind does such a dream emanate?

I wish the data in the chart below were a bad dream.

On this day in 1902 the American Automobile Association (AAA) was formed. The American Motor League (AML) had been the first organization to address the problems that commonly plagued motorists, but it fell apart due to a diverse membership that featured powerful automobile manufacturers who wanted to limit the AML only to issues that affected car manufacturing and engineering. However, trade groups such as the Association of Automotive Engineers took its place, paving the way for more specialized automotive organizations.

I have been a AAA member for 30 years. On Friday, September the 13th 1991 the all-in-one accessory belt snapped in my Chevrolet Blazer. Although I managed to call a garage to tow the car from downtown Baltimore, I vowed I would never be as helpless again and joined AAA soon after. (Of course, a bottle of grape juice exploded on the passenger seat during the tow. I owned the Blazer until May of 1995, but the stain was never fully removed despite at least a dozen attempts to clean it.)

My wonderful wife has been a member on my plan as long as we have been married. AAA did bail us out of one really bad spot. In May of 2000, as we were driving from California to Texas since we were moving there, one of the tires on my Pontiac Grand Prix basically blew up on Interstate 10 in Arizona. Of course, I had purchased new tires right before we left California just so that something like that wouldn’t happen. The best laid plans of mice and men…actually, the tire that blew had apparently taken a big nail aboard as a passenger. That’s the major reason I tolerate the relatively rough ride of run-flat tires like those on my Corvette.

The AAA tow truck arrived quickly. The driver knew the location of a nearby tire store and towed us there. In about an hour we were back on the road.

I wouldn’t say that AAA membership has no value, but that value seems to diminish annually. I think our auto insurance company supplies roadside assistance. The free maps and guidebooks are nice, but we don’t travel that much.

Every year when we receive the notice to renew membership my wonderful wife and I debate whether we should let our membership lapse. Every year, at least so far, we decide to renew.

On this day in 1966 Studebaker announced it would cease all automobile production; 13 days later, the last Studebaker car was built in its Hamilton, Ontario plant. Here is a picture of that car, a 1966 Cruiser: 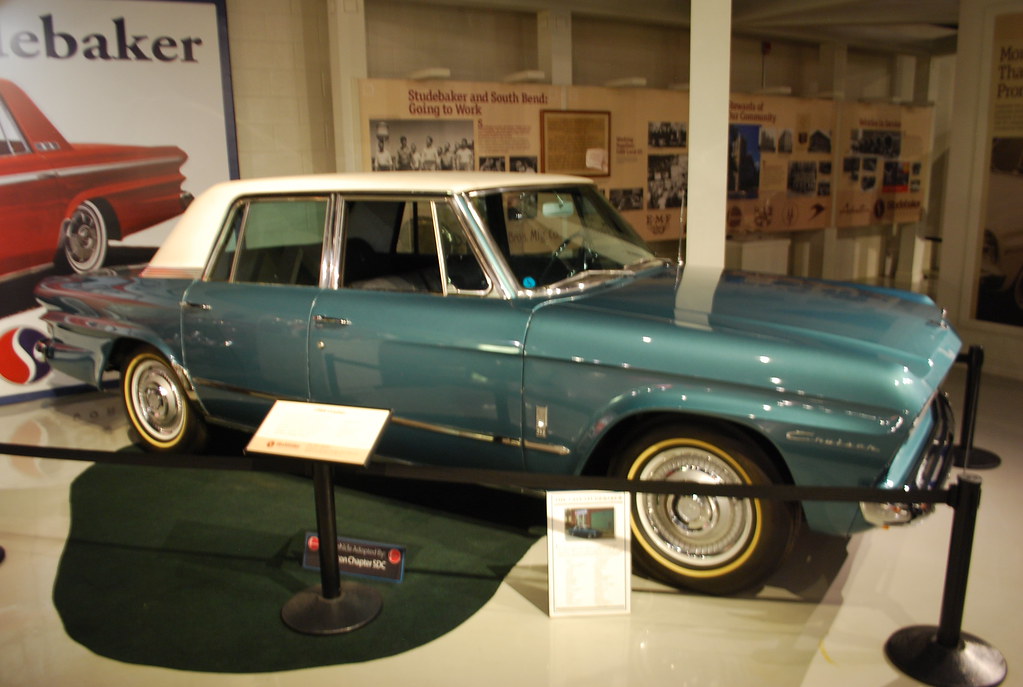 About Studebaker…as much as I LOVE the looks of the Gran Turismo Hawk, something I recently saw on an episode of Garage Squad may have permanently turned me off to the idea of buying a car without modern safety systems.

The crew was rebuilding a 1969 Plymouth Road Runner. Joe Zolper was shown working on the steering column. The column itself had kind of a honeycomb construction so it would collapse and absorb some of the force if the driver were pushed against it in an accident. The two piece steering shaft was also supposed to collapse with a hard impact.

Zolper mentioned that this was a good safety system before the advent of airbags. Remembering how my wonderful wife was rear-ended at high speed on Highway 101 by a woman WHOSE BABY WAS IN THE PASSENGER SEAT really makes me think any car I acquire in the future has to have devices like airbags. As I used to write often, I have dreams (not all of them are bad), but I live in the real world.

Quality issues aside, I think that puts the Cadillac XLR back on the table as a potential purchase and maybe in the lead since it is of more recent vintage than the Allante and, therefore, has better safety systems. Remember: I drive my cars. They don’t just sit in a garage to be wiped down with a microfiber cloth every week. 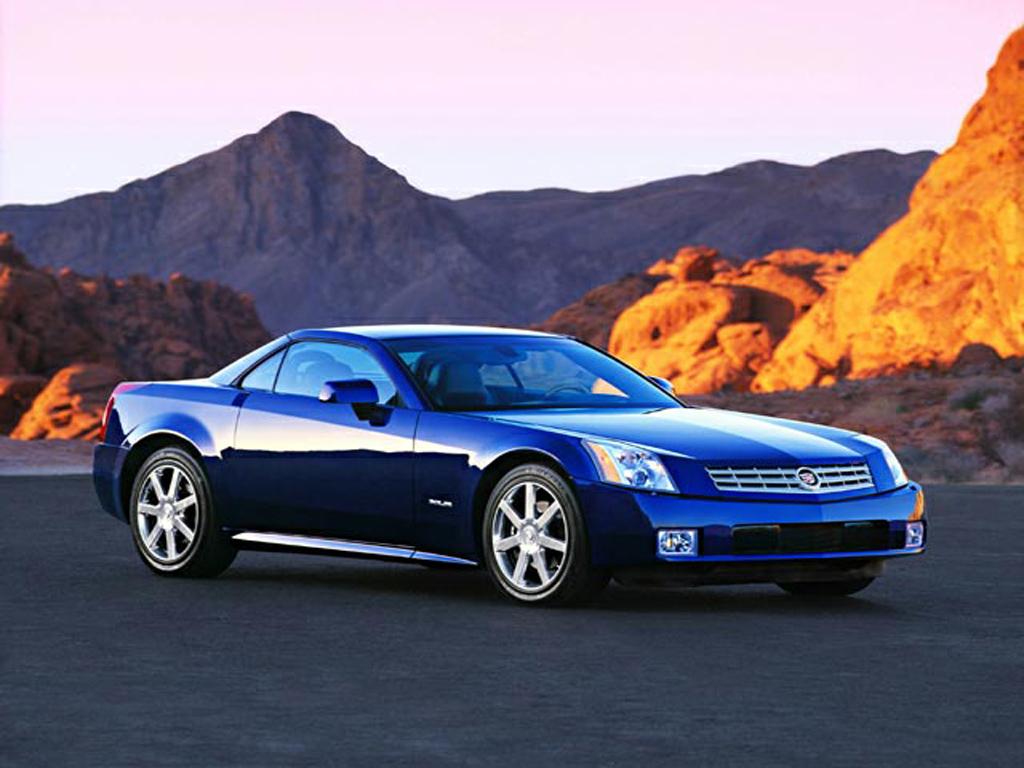 By the way, is it just me or does the XLR have a chopped top look with the top up? I think the vast majority of people who make “good” decisions are flexible and adaptable.

Have a good weekend.

8 thoughts on “A VERY Bad Dream”