While no one from either organization will read this, I congratulate the Rams and Bengals for reaching the Super Bowl and, of course, the Rams for winning. I didn’t really have a dog in the fight, but my wonderful wife was rooting for the Bengals so I did too, but not vociferously.

I am happy for Rams defensive tackle Aaron Donald, who may be the greatest defensive player in the history of the NFL. OK, that may be an overreaction in the moment, but it might not be. No one will believe this, but the year he was drafted–2014–I thought he might be the best prospect in the draft. I was very surprised he lasted until the #13 overall pick.

Donald probably slipped out of the top ten–despite his strength, quickness, instincts and relentlessness–because he was not “big” enough to be an ideal defensive tackle. Measurables–height, weight, 40-yard dash time, etc.–are overrated, in my very strong opinion.

The Rams have operated under an “all in now” approach to building their football team. They traded many future high draft picks to acquire well-established players in an effort to win now. Their approach was criticized by many as not having a fallback position. Today, the Rams have the last laugh. Championships are permanent. Well, at least in pro sports.

Without a doubt, my biggest disappointment in my 20+ year career in major league baseball was never being part of a team that won the World Series. I was part of three teams that played in the World Series, but all three lost.

Donald had hinted prior to the game that a Super Bowl win might lead him to retire. (He is 30 years old and has already been named NFL Defensive Player Of The Year three times.) Word had spread that Rams head coach Sean McVay (at age 36, he is the youngest coach to win a Super Bowl) might retire as a coach to go into broadcasting if the Rams won. While I remain skeptical that both will retire, I understand the sentiment. Once you’ve reached the mountaintop, and it’s very hard work to get there, there’s no place to go but down.

On Saturday, my wonderful wife, her father, our friend Bob and I attended the annual Concours In The Hills in Fountain Hills, Arizona. First, the obligatory video of the fountain in action:

I don’t know if any judging was done as is almost always the case in a “Concours d’Elegance,” but there were probably more than 1,000 vehicles on display. I’ll just jump in to some of the photos:

This is not a real Lancia Stratos. The Stratos was one of the most successful rally cars ever made and one of the last rear-wheel drive cars to win the world rally championship. I have always loved the lines of this car EXCEPT for the basket handle at the rear.

I had never seen an Iso Fidia (top) or an Iso Rivolta (bottom) in person before. As in any Concours event, the cars were grouped by country of origin or by some other characteristic. 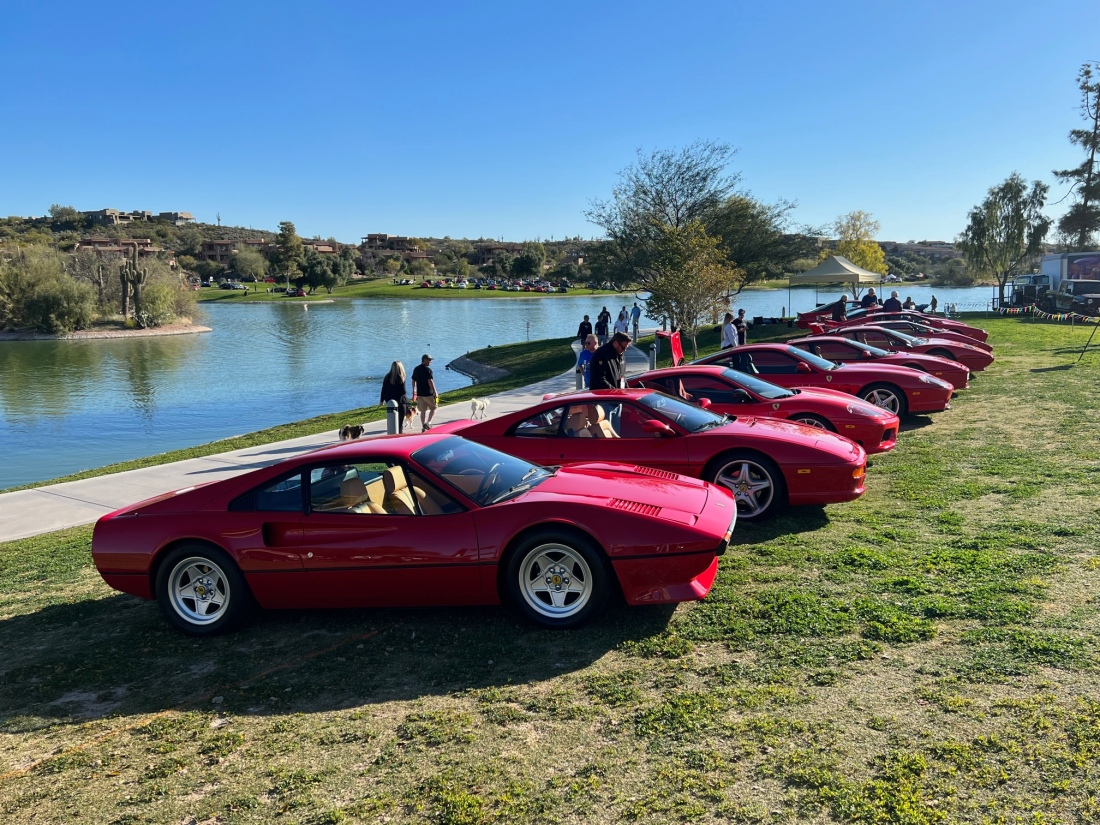 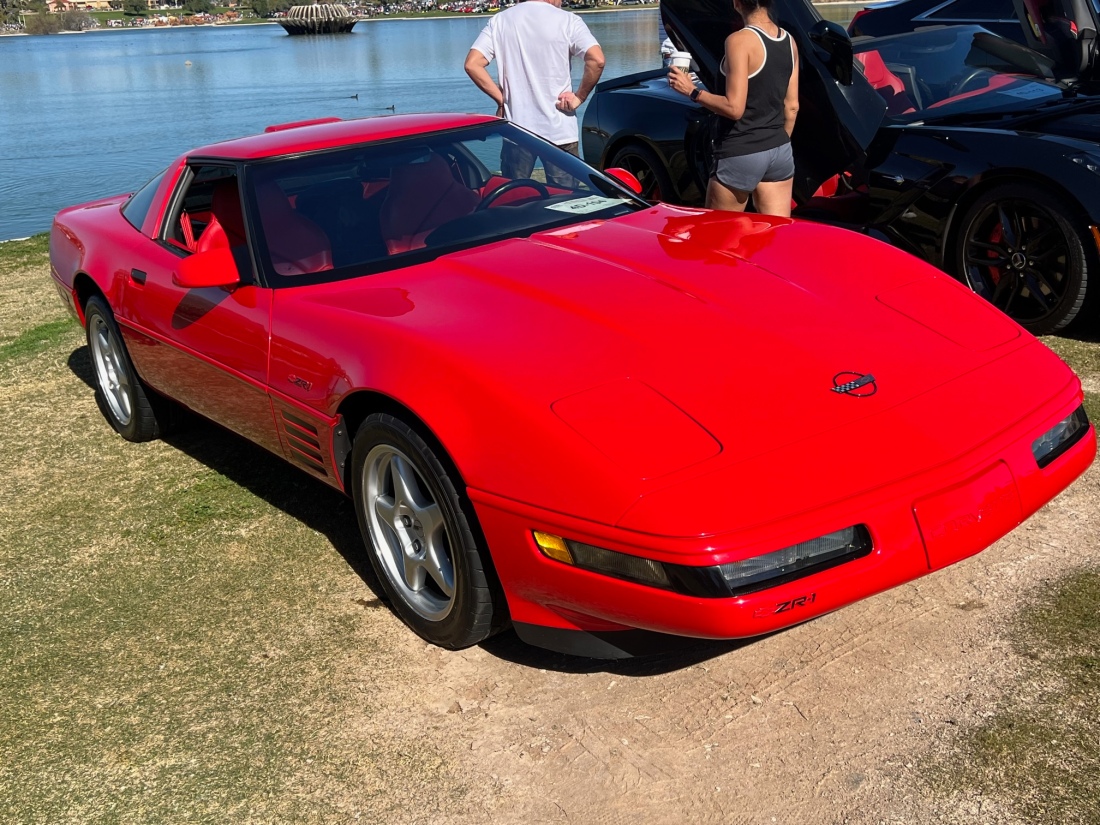 This 1994 ZR1 was part of a very large assembly of Corvettes. Not surprisingly, Vettes and Mustangs were the two models with the most representation. That is true at most car auctions in the US as well. 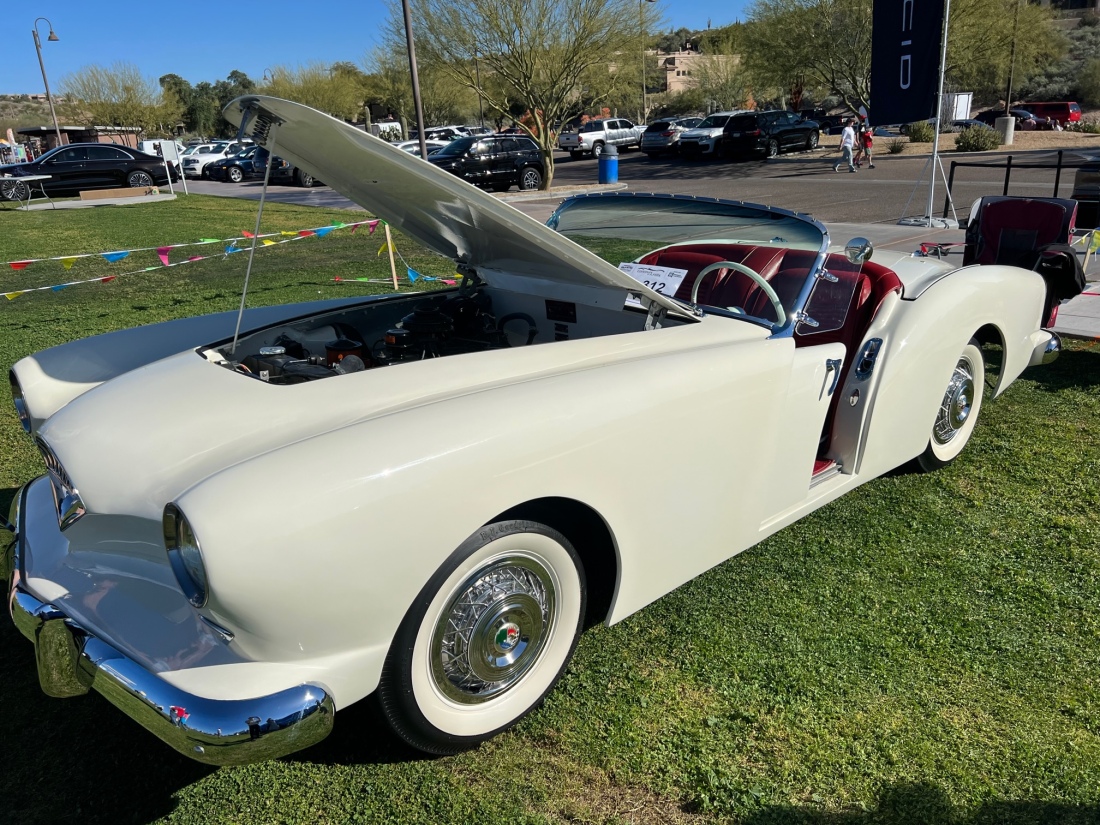 Pictured on the left is an MGC GT and on the right a Jaguar XJS convertible. Our friend Bob used to work at a Jaguar dealer as a mechanic and didn’t have anything good to say about the XJS. It is, however, the most successful car in company history with sales exceeding 100,000 units during its two decades in production. To stay in the idiom, I think they look fab.