To be totally honest, this post is an attempt to “dump” all the articles I have in my email inbox about the automobile market, with particular attention paid to the recently concluded Arizona auction week. I would have made a terrible diplomat.

This article from Classic Cars that, frankly, is rather superficial is about a symposium held during the Barrett-Jackson auction about the state of the collector car market. Normally, we would have attended, but I think Alan Taylor–the moderator of these symposiums–is an awful host. In my opinion, a host lets the guests speak and just guides the conversation so it doesn’t get too off-track. Taylor tries to make these events all about himself. Yep, I’m no diplomat.

In the piece Mark Hyman, founder of Hyman Ltd Classic Car, is quoted as saying, “I warn everybody, yes, the cars have gone up in value. The cars have given us a good return, but I warn everybody don’t overpay for that reason.” As I wrote earlier, this article does not provide any useful or interesting details.

This piece, also from Classic Cars and much better than the first, reports that the average price per car for all of Arizona auction week increased by 33 percent from about $95,000 to almost $127,000. Here are two key points made in the article:

Online auctions are competing for volume and big cars, but live auctions can still produce record prices such as the 1970 Plymouth Road Runner Superbird that sold for $990,000.

This Hagerty article lists the ten most expensive cars sold at automobile auctions in January. Here is an interesting passage from the piece:

“Although the number of auctions and the number of consignments in Scottsdale were both down, almost every other number we can think of from the January auctions was up. “Fewer cars, higher prices” has pretty much been the state of affairs at in-person auctions since they returned from their pandemic hiatus. But January of 2022 set the bar even higher.” 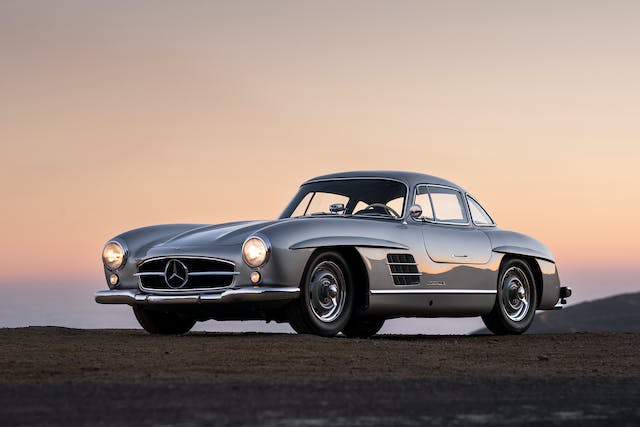 This 1955 Mercedes-Benz 300 SL “Alloy Body” Gullwing Coupe brought the highest price of any car sold in January at an auction. Only 29 of these aluminum-bodied Gullwings were built and it had been six years since the last one was brought to an auction. This car sold for $6.825 million all in.

This article, from Classic Cars, is the monthly update on which cars brought the most searches on their website. From the piece, “Among the top-20 searches by year, make and model in January 2022 were five 1960s Ford Mustangs, four 1960s Chevrolet Camaros, and a pair of 1960s Chevy Impalas.”

Andy Reid, Classic Cars’ market analyst and East Coast editor, also noted that searches for Cadillac have increased significantly. His reason: “This is likely to do with the sheer numbers of different cars that are available at every different price point.”

Recently consigned to the Mecum auction in Glendale, Arizona that starts five weeks from tomorrow is a car like this: 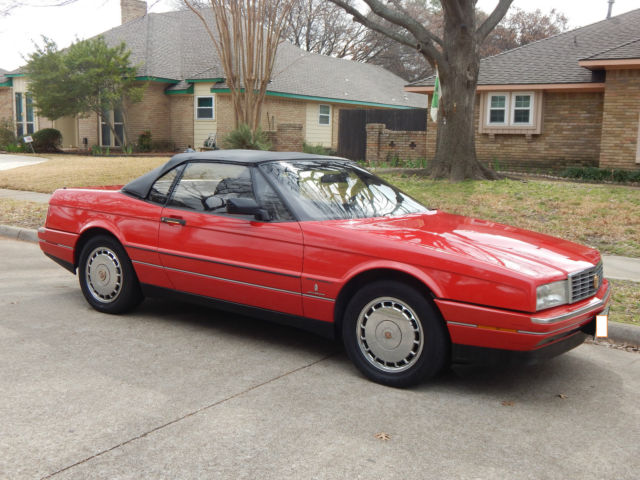 Once again (I am really tired of writing this), Mecum does not allow online photos of recently sold cars or future consignments to be captured. The car above is a 1991 Cadillac Allante. Mecum will be selling a ’91 Allante with a claimed 36,000 miles at the Glendale auction.

Every regular reader knows I love these cars. What few regular readers know (until now, I guess) is that I am about to spend more than $10k on a brake job for my Z06. (Carbon ceramic rotors are not cheap.) Those funds might have been used to buy this Allante, but barring a lottery win in the interim, I don’t think it’s prudent to buy another car now. Of course, who knows what I might think as the car crosses the block?

Speaking of Corvettes, this Corvette Blogger article shows that C8 Corvettes rank second among all vehicles in terms of the highest percentage increase in the price paid for used cars compared to the price of new cars. From the piece: 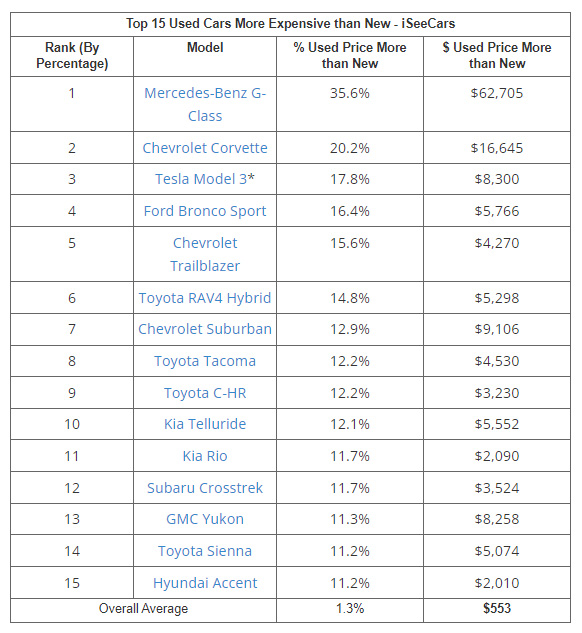