Although I have written a lot about Packard, my history with Pontiac makes it the only choice for the “P” car in Cars A To Z. Do you want some Pontiac history first? Whether you do or not, here is some history.

Contrary to what some TV auto commentators say, the Pontiac make did not exist before General Motors. Pontiac’s “parent” make, Oakland, did exist before GM having been formed in 1907 and then being purchased by GM in 1909.

In the 1920s, General Motors’ President Alfred Sloan thought that gaps had developed in the US automobile market for which GM had no products. His motto was “A car for every purse and purpose.” Out of that axiom came the development of companion makes for existing GM brands.

LaSalle was Cadillac’s companion make, Buick had Marquette, Oldsmobile had Viking and Oakland had Pontiac. Never heard of Marquette or Viking? The Great Depression made it virtually impossible for General Motors to sustain so many brands. In the case of Pontiac, though, it became so popular that its “parent” make was discontinued after 1931.

Pontiac was introduced in January of 1926 and was an instant success, selling almost 50,000 units in its first 12 months. By 1929, Pontiac sales exceeded Oakland sales by a ratio of almost 8-to-1.

For much of its history, Pontiac was far more of a family car than it would be later. It was the last General Motors division to offer a straight-eight engine, for example. However, Pontiac’s image and fortunes changed when “Bunkie” Knudsen, son of former GM President William Knudsen, became the make’s General Manager in 1956.

A new engineering group led by Pete Estes and John DeLorean (yes, that John DeLorean) developed new cars with new engines and in 1959 the “Wide-Track” Pontiac design was introduced. By 1962, Pontiac had reached third overall in US automobile sales, a position it would hold all the way through 1969. Note that Pontiac’s tenure at number three began two years before the introduction of the GTO.

Of course, the GTO was the beginning of the muscle car era that held sway from its introduction in 1964 through its demise due to government regulations and insurance company scrutiny in the early 1970s. As everyone reading this knows, a 1967 GTO was my first car.

While I doubt I would still own the car even if it hadn’t been rear-ended one night in the summer of 1980, who knows? Maybe I would have never had the “remission” in my car sickness and, by now, would have turned this into a killer restomod.

The car I have owned the longest looked like this, except it didn’t have a spoiler and “performance” wheels:

This is a 1995 Pontiac Grand Prix. I bought one new when I moved to California that year. I wound up owning the car for nine years, selling it in 2004 after we had moved to Texas and after I bought my first Corvette.

In the year before its demise, Pontiac still ranked fourth in sales among US car companies. Of course, by this time the “Great Recession” had scrambled the US car market so much that both GM and Chrysler declared bankruptcy.

Buick survived the bankruptcy while Pontiac did not primarily because the former was very popular in China, the world’s largest automobile market. Even with its relatively good ranking in the US car market, Pontiac was not particularly profitable in its last decade, either. I have not been able to unearth the total number of vehicles Pontiac manufactured from 1926 to 2010, but I can tell you that in the 1960s alone, Pontiac produced 6.76 million cars, including the one that was my first car.

Here are some “random” Pontiac pics: 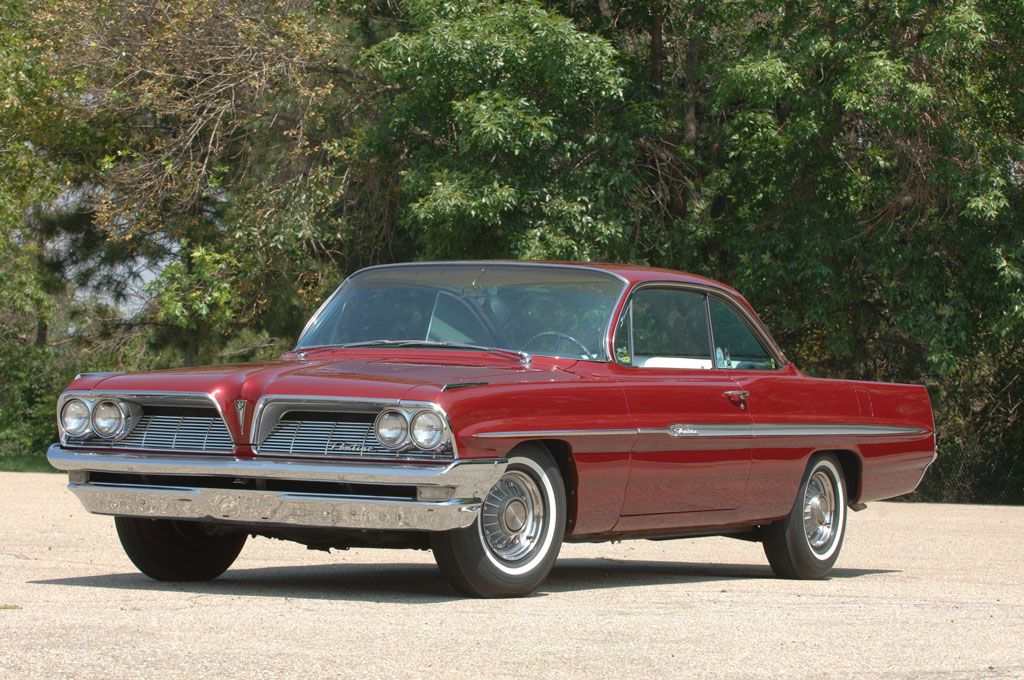