Although, unfortunately, yesterday’s precipitous fall in its stock price does not portend the end of the company, I did enjoy watching the price of Fack Fucebook stock fall by 26%. For those of you who are not an investor in and/or follower of stock markets, that is a huge one-day drop, especially for a company with that kind of market capitalization.

The criminal organization reported its first ever decline in the average number of users and that Apple’s new iOS that allows its users to opt out of tracking is severely impacting ad revenues (Yeah for Apple!). Once again, from Roger McNamee:

“There was once a hacker named Zuck

Who screwed half the world for a buck

So the name changed to Meta

But the name and the product still suck.”

For me and I think for many others, automobile auctions are more about seeing interesting cars than about buying and selling. One of the aspects that interests me is seeing cars with which I was not previously familiar, cars like this: 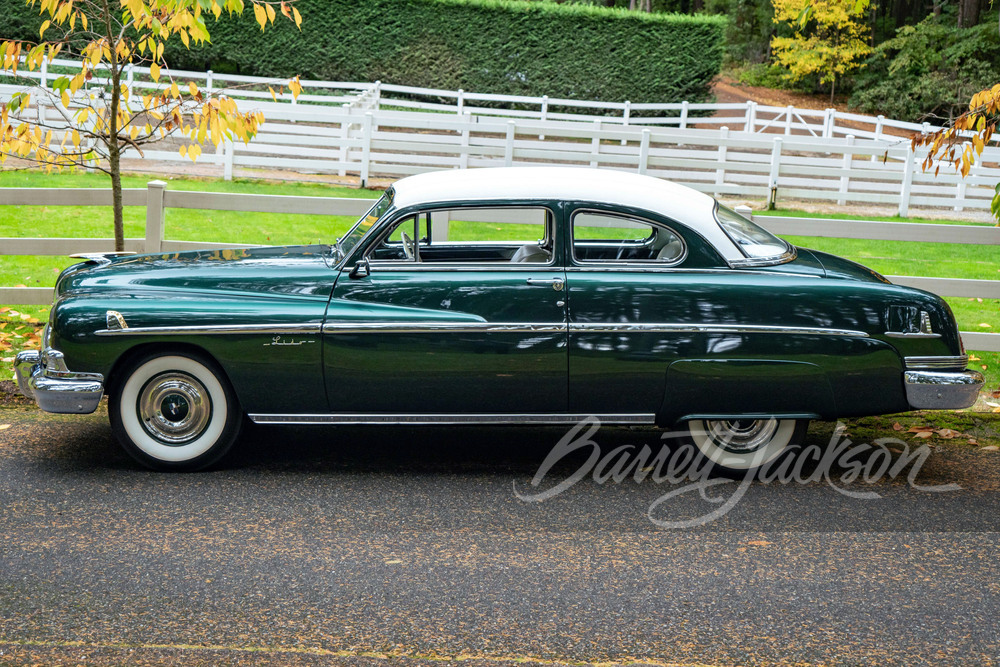 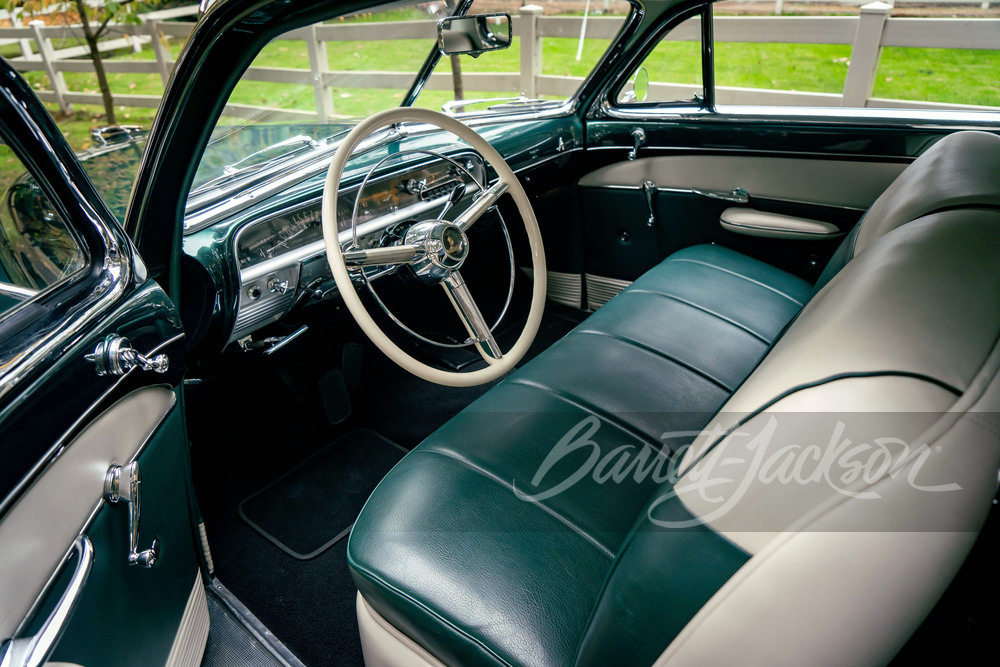 This is a 1951 Lincoln Lido that, obviously, was offered at a Barrett-Jackson auction–the recently concluded event in Scottsdale, Arizona. It sold for $66,000 all in.

I had never heard of the Lincoln Lido before seeing it at the auction. The Lido, which debuted in June of 1950, was Lincoln’s answer to the General Motors hardtop coupes that were introduced in the late 1940s. It was only produced in 1950 and 1951 and fewer than 10,000 were made. The exact number cannot be known for sure as the production for the L-72 line of Lincoln coupes for 1950-51 is not broken into an amount for the two types of two-door coupes produced in those years.

Oldsmobile was the “O” car in Cars A To Z and its most significant innovation was almost certainly its introduction of the first truly automatic transmission, the Hydra-Matic. This Lincoln Lido had a Hydra-Matic transmission; they were optional or standard on Lincolns from 1949 through 1954, inclusive.

Frankly, the pictures don’t do the car justice in my opinion and I cannot find a photo that I took of the car. I was quite taken with the looks of the Lido.

I hope the upcoming Mecum auction in Glendale, Arizona–which my wonderful wife and I plan to attend–allows me to discover more interesting cars whose existence had been previously unknown to me. The auction starts in just 40 days.