Originally, I wasn’t going to post today, but OCD.

Most of you probably know this, but the NFL holds the trademark on “Super Bowl.” A company that wants to use “Super Bowl” in its advertising has to pony up money to the league. That’s why one will often hear the use of “The Big Game” in non-NFL affiliated commercials that are obviously referring to the Super Bowl.

I would imagine that NBC would have preferred a Kansas City/Los Angeles matchup because Chiefs’ quarterback Patrick Mahomes is a more famous player than Cincinnati’s QB Joe Burrow. My 2¢: it is very impressive to me that the Bengals are in the Super Bowl in Burrow’s second season in the league, especially since their offensive line is average at best, in my opinion. Their success shows the power of Grade A playmakers like Burrow. Of course, that’s why the Bengals selected him with the first overall pick in the 2020 NFL Draft. It just doesn’t usually develop as hoped, though.

It is a quarterback-driven league. With the retirements of Ben Roethlisberger and Tom Brady (c’mon, he’s retiring), the potential (likely?) trades of Aaron Rodgers and Russell Wilson and the emergence of young QBs like Burrow, Mahomes and Justin Herbert, the face of the league will change dramatically.

Although yesterday had a decent number of views and unique visitors (at least for this blog, not for a really successful one), both numbers were down about 20 percent from the three-day average of Thursday-Saturday that was, without a doubt, fueled by the Barrett-Jackson broadcasts. Cristy Lee has not appeared on an auction telecast for more than two years, but people still expect to see her and search the Internet to find out why she’s not there. More general auction searches also generate blog traffic.

As I have shared on more than one occasion, I did not enjoy attending this Barrett-Jackson Scottsdale auction anywhere near as much as I did when we were in Scottsdale three years ago. Obviously, some of the enjoyment in 2019 came from the freshness, the novelty of being at Barrett-Jackson’s big auction for the first time.

By the way (not the best segue, I admit), the car shown below–the last Buick Grand National–sold for $550,000 all in. That’s about twice what any of the three GNXs brought.

Some oddball photos (consider the source): 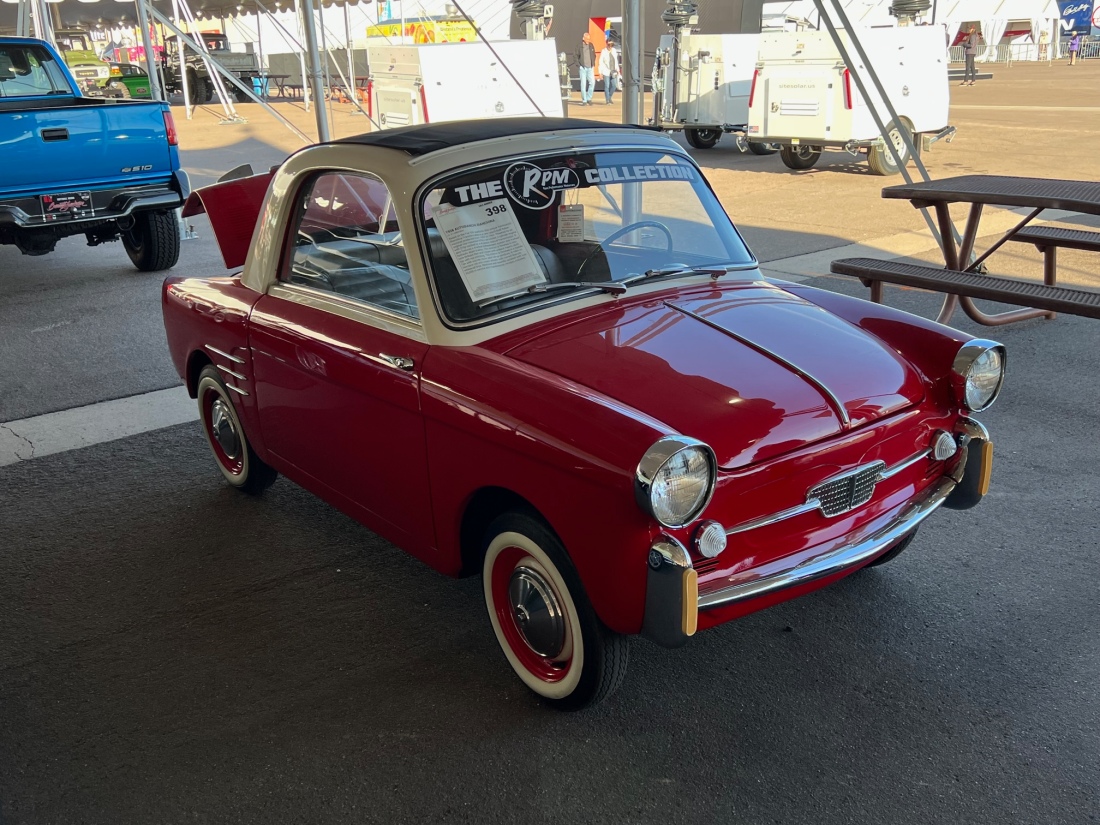 I guess I consider the picture immediately above to be an oddball because of the prominence of the Tito’s Vodka sign as I am a virtual teetotaler.

Let me know if you want to see more photos from the recently concluded Barrett-Jackson auction in Scottsdale.

9 thoughts on “The Big Game”