After 1,300+ posts it is difficult to think of post titles that haven’t been used before.

My wonderful wife and I decided to “stray” from the opening day of Barrett-Jackson today. Not to sound like a curmudgeon, but today is Family Day with kids 12 and under being admitted for free. Add in some rain and we decided to pass even though our favorite breakfast spot is almost within walking distance of Westworld, the venue for the auction.

We did head over to the site of “specialized” garage spaces about which I have written before. As we arrived later in the morning than usual and as it was raining, the turnout wasn’t great. While I would never again own a German car (my father watched his family murdered by troops, the one German car I did have was the least reliable vehicle I have ever owned), BMW does develop very sharp designs. 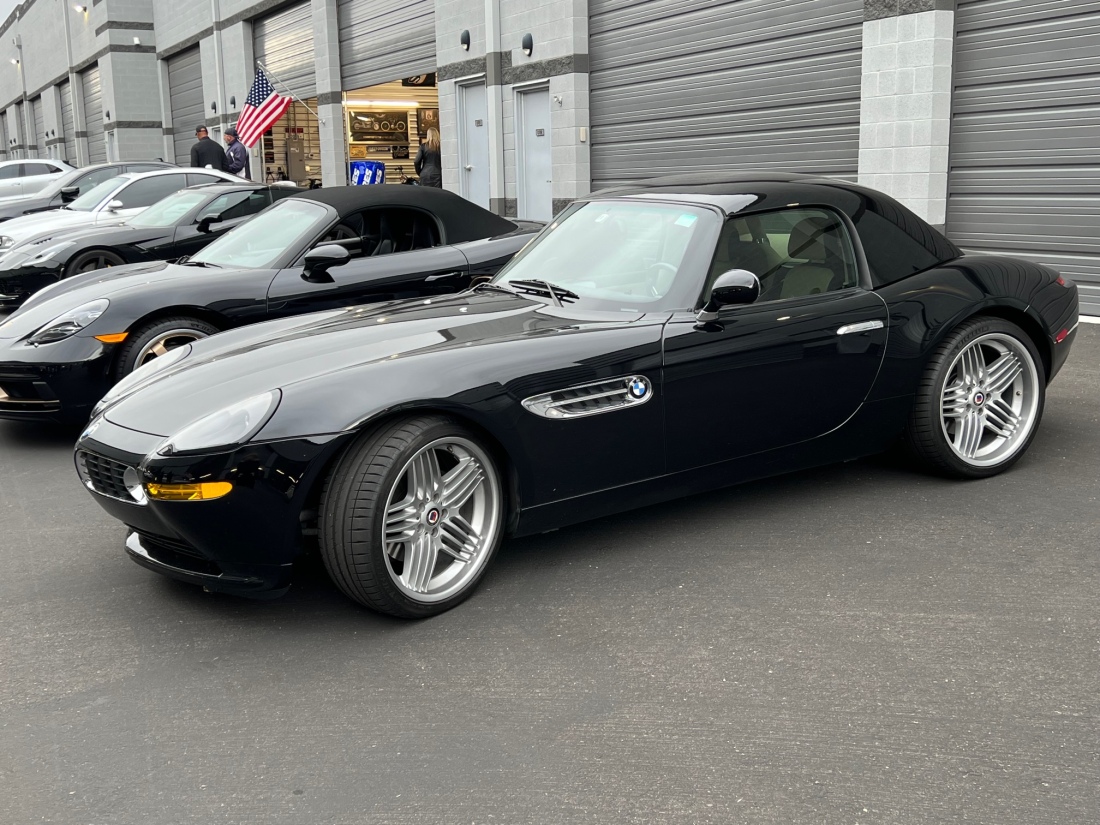 When I had my Z4 I would occasionally take the car to a local shop that specialized in German cars instead of to the “prestigious” BMW dealer in another state. Once when I arrived to pick up my car I mentioned to the proprietor how much I liked the Z8. He said I should be grateful that I didn’t own one. Take that for what it’s worth.

A tangent…the number of new blog followers, which used to be double digits per month, has trickled down to next to nothing. Please let your friends know about Disaffected Musings and share the URL with them. Thanks.