First…there will be a reckoning, but I don’t mean that in a religious or spiritual sense. The world fabric is tearing quickly and will have to be re-sown from scratch.

Now to your regularly scheduled programming…

OK, so these pictures were taken yesterday. If I called the post Corvette Sunday, some readers might protest or, worse, get confused.

A local collection of Corvette owners organizes events and informs other Corvette owners of gatherings in the area. These people are not formally organized into a club with dues and meetings. Speaking of Corvette clubs, my wonderful wife and I attempted to join the club that “represents” our city, but were told they are not currently accepting new members.

Anyway…an informal gathering of only Corvettes took place yesterday in a nearby town, very nearby. One of the “leaders” of the informal group told us he thought that between 90 and 100 Corvettes showed up, quite a turnout. My photos cannot really convey the size of the meet, but here goes:

This beautiful 1967 convertible belongs to a neighbor who also owns a 1963 Split Window. He is a long-time member of the local Corvette club and, unprompted by us, offered to intervene on our behalf to get us in.

Had to show at least one shot with a mountain backdrop. Don’t know if you can tell from the photo, but every generation of Corvette was represented yesterday. C8s and C7s were the most numerous–not surprisingly–while C5s were the least represented. I think between five and ten C1s were there, including this nice 1954 model:

To be honest, I don’t love the styling of 1953-55 Corvettes as, to me, they seem dated. Still, I appreciate the significance of these cars. These cars are also not common as only about 4,600 Vettes were produced in the first three model years. 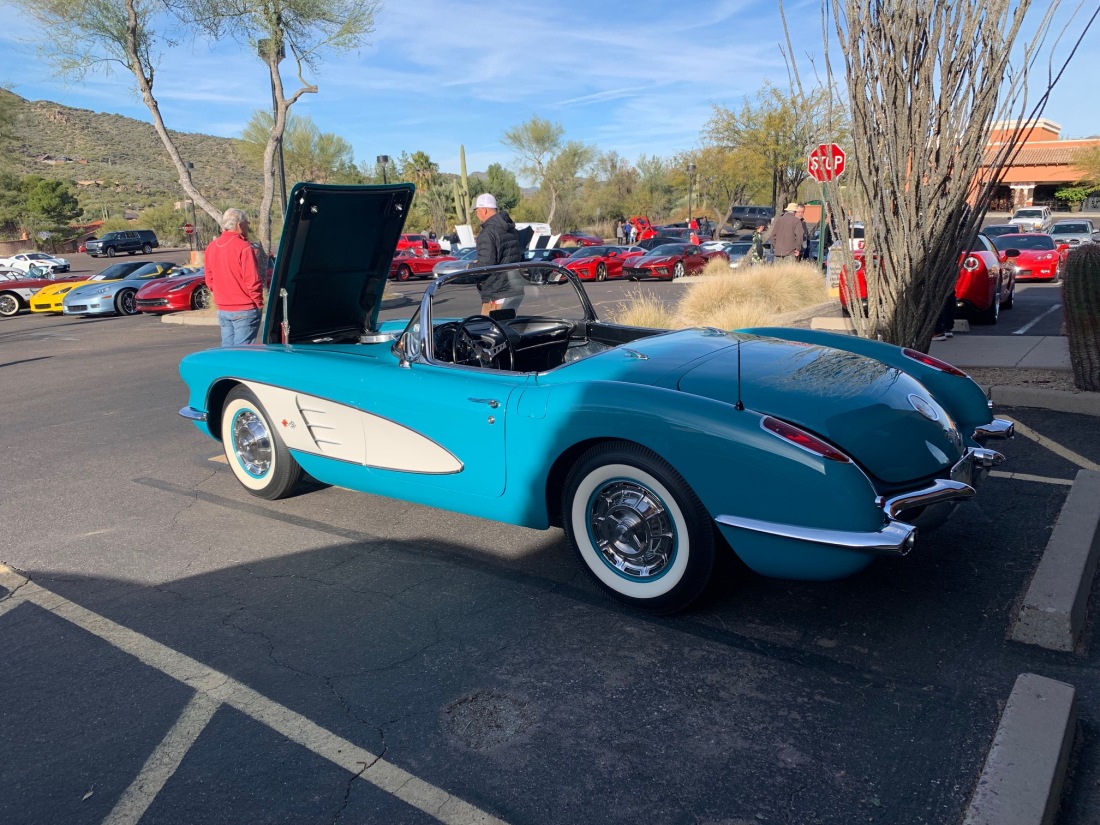 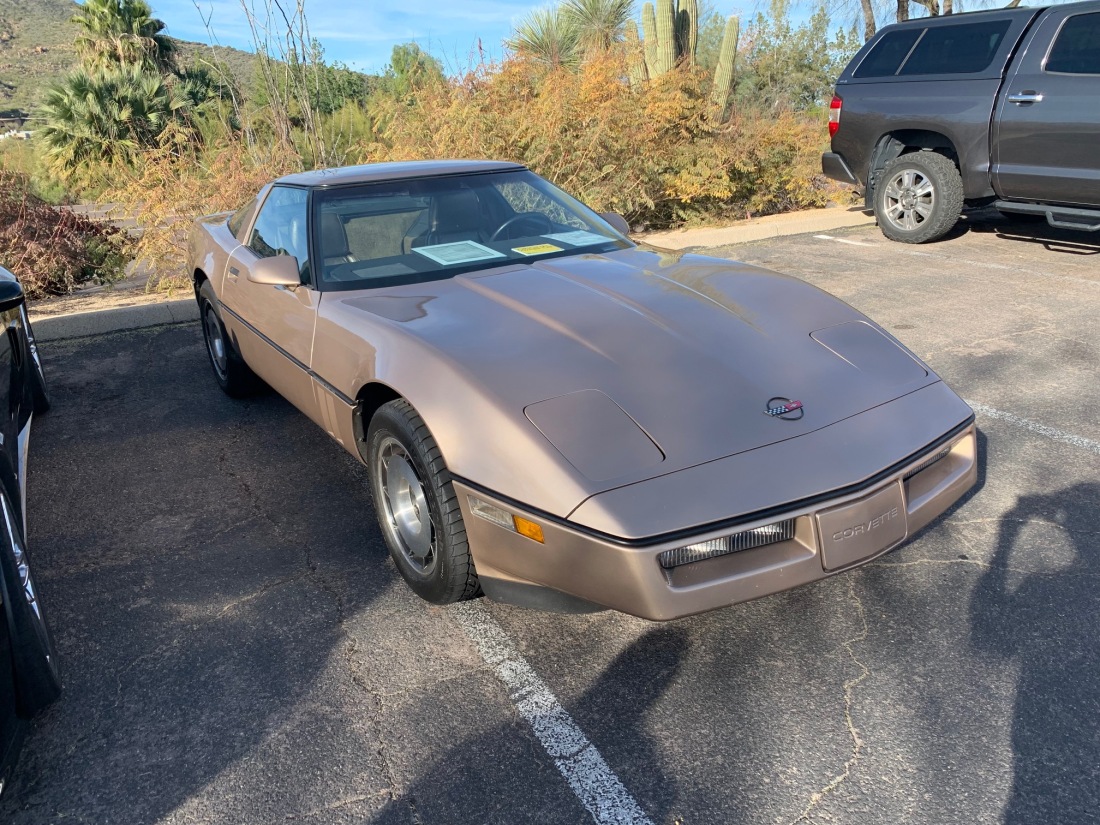 I hope never to take the car culture here for granted. Most weekends, it is possible to attend multiple gatherings in the same day. I will also note that, like car enthusiasts we have met in other parts of the country, automobile aficionados here are–almost without exception–polite and friendly.