I’m not exactly a fount of original material today, so I will “borrow” heavily from other sources.

This piece from the same source is not directly about the madness of the developed world, but about views held by Richard Dawkins, a famous biologist, author and atheist. 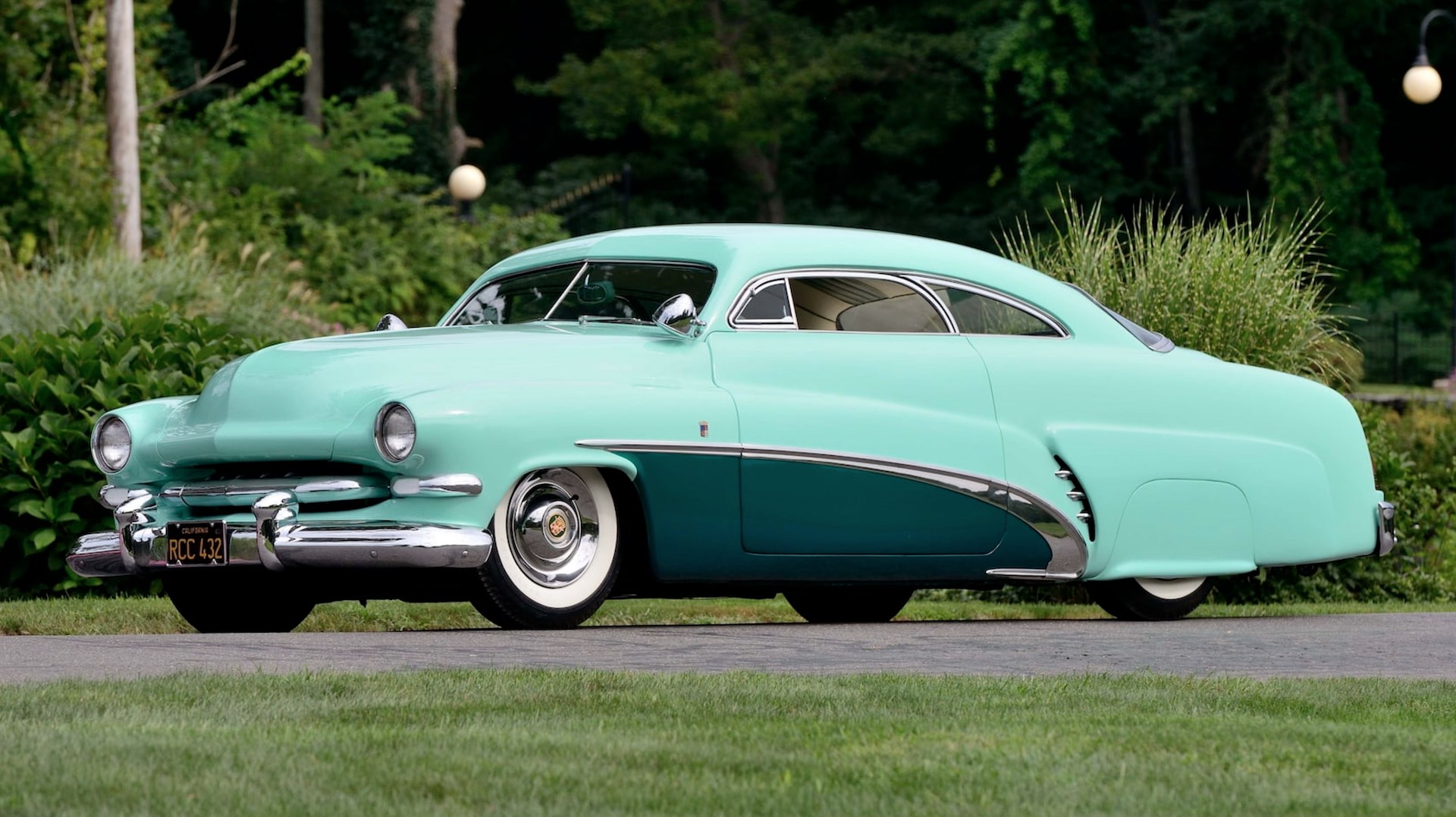 This is a picture of the legendary Hirohata Mercury custom, built in 1953 by the famous Barris brothers. The car was offered for sale at the recently concluded Mecum auction in Kissimmee, the first time the car was sold since 1959.

The Hirohata Mercury may be the most famous custom car ever. It certainly is the father of all lead-sled Mercury builds and has influenced literally thousands of builds, Mercury lead-sled or not.

Indicative of the action at Kissimmee, the car hammered for $1.95 million, way above the pre-auction estimate of $1 million. At least 12 vehicles sold at a hammer price of $1 million or more. The auction set a record for Mecum Kissimmee sales, BEFORE the last day even started.

One example that really blew me away happened on Thursday the 13th. A very nice 1965 Buick Riviera GS was offered at a reserve of $60,000. The reserve may have been $55,000, I’m not 100% sure. Of course, the reserve is not known to bidders before the lot crosses the block.

A 1936 17-passenger White tour bus with a pre-auction estimate of $500,000 sold for $1.43 million all in. Maybe I should be glad that, as of now, no Studebaker Gran Turismo Hawk is consigned for either the Barrett-Jackson auction next week or the Mecum auction in March, both of which we plan to attend.

This piece about the 2022 Mecum Kissimmee auction was written a week ago before the really high dollar cars were sold. Richard Reina offers a few examples of cars he feels were bargains. He does write “The collector car market is very strong right now; selling is favoring the sellers.”

Unsolicited, I have been offered a five-figure amount more than I paid for my car. That valuation has more evidence in a recent AutoTrader listing where a 2016 Corvette Z06 with very similar mileage to mine, but without the Z07 package, had a list price of $15,000 more than I paid.

At Mecum Kissimmee a 2019 Corvette ZR1 hammered at $270,000 ($297,000 all in). These cars were about $150,000 when new. John Kraman remarked during the auction that interest in the C8 Corvette has led to a revival in interest in all Corvettes. Of course, I have no interest in selling my car at any “reasonable” price. What would I do if someone offered me an “unreasonable” price, as in unreasonably high? As I have written before I am not a fan of hypotheticals with extremely low probabilities AND history is replete with examples of the folly of human beings trying to predict the future.

These articles from Hagerty (Article One, Article Two) are also about the collector car market and Hagerty’s Bull Market List. They show data that their Bull Market List, which is really a prediction about the future value of certain cars, has been quite accurate.

I do not believe in buying cars as a financial investment, but as an investment in the enjoyment of life. However, I do not have a monopoly on truth or wisdom, on good judgment or good taste. Just like some people seem to have a knack for buying art that will appreciate or for successfully investing in the equity and/or fixed income markets, some have a knack for buying cars that appreciate substantially in value. More power to them.

It seems right now that a rising tide is lifting all boats, if you will, as it is virtually all segments of the collector car market that are experiencing real price appreciation. How long will that last? I have no idea.