I am having a difficult time deciding on an “N” car for Cars A To Z. First, not a lot of makes have begun with the letter N. Second, one that does marketed its cars under a different name for a long time.

From Kaiser Permanente data in southern California (Henry Kaiser founded the Kaiser Permanente health system as well as Kaiser-Fraser automobiles, he was a very successful shipbuilder) via the Twitter feed of CDC director Rochelle Walensky. I apologize if a code embedded in the tweet ruins the post spacing:

NEW: Study on severity of those infected with the omicron variant compared to the delta variant:

Another doctor (Marty Makary) tweeted this:

Omicron is likely even less severe than this study suggests because:

Of course, the media with its obsession with negativity is breathlessly reporting the surge in cases. If you are vaccinated, you really have very little to fear from the new variant.

However, in the American political world, real debate has ended. Each side simply yells louder and louder often engaging in nothing but propaganda and lies. An uninformed population buys the agenda that suits its a priori view of the world, almost never engaging in a rational analysis of the situation. I think “social media” is not what its advocates claim, a way to unite the world, but is instead a great divider as it makes climbing into bubbles way too easy.

I recognize some may call me a hypocrite for criticizing social media while writing a blog and maintaining a presence on Twitter. “A foolish consistency is the hobgoblin of little minds.”

I have had Twitter accounts to drive traffic to the blog. For the most part, the platform has failed miserably. However, Twitter has made it possible for me to connect to other car aficionados and has enabled me to establish friendships with people like Dominic Chu and Scott Hoke. Tradeoffs…

Although not officially consummated until May 1, on this day in 1954 Nash-Kelvinator Corporation agreed to merge with Hudson Motor Car Company to form American Motors Corporation (AMC). Apparently, at the time it was the largest corporate merger in US history.

According to most automotive histories, Nash-Kelvinator CEO George Mason had been pushing the US “Independent” automakers to merge for years. The merger that created AMC was supposed to be only the beginning as Mason wanted to unite Nash, Hudson, Packard and Studebaker into a company that could at least hold its own against the Big Three. Of course, Packard and Studebaker also “merged” in 1954, but Mason died later that year and his hope of merging all four companies died with him.

Hudson was my choice for the “H” car in Cars A To Z. In my opinion, its most interesting cars were near the end of its existence as an Independent manufacturer. I have long been smitten with the looks of this car: 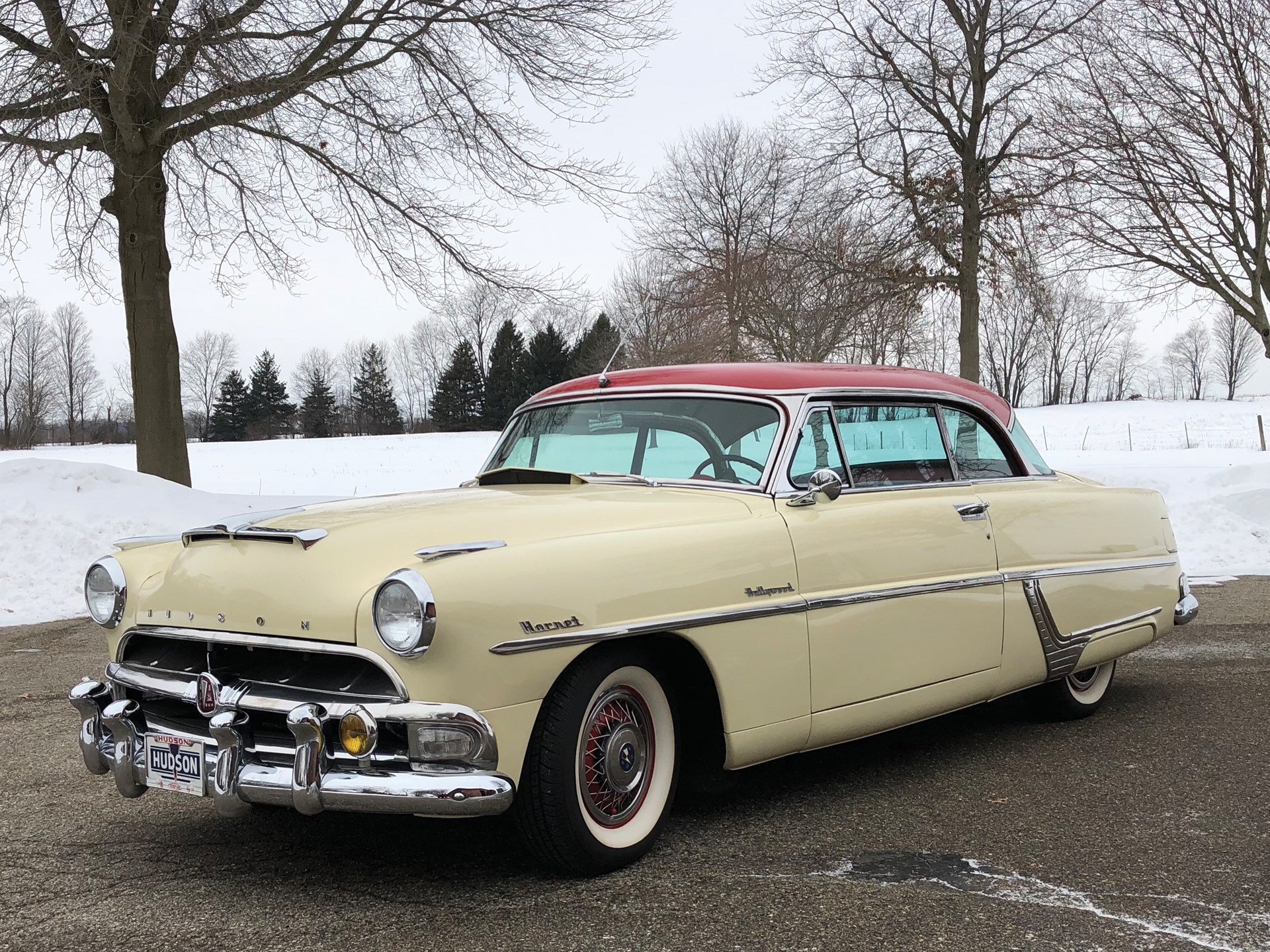 This is a 1954 Hudson Hornet Hollywood hardtop. (How’s that for alliteration?!) While the step-down styling was considered passé by this time, and the drivetrain was behind the times, I just find the car irresistible.

In 1949, Nash and Hudson produced a combined total of about 294,000 cars. Five years later, the year of the merger, that number had fallen to approximately 142,000. Nash was in better shape financially than Hudson, in large part due to its successful Kelvinator business, but Mason was right about the need for the Independents to merge. It’s too bad he didn’t live long enough to give the idea a fighting chance. What might have been…