My heartfelt condolences to my good friend Bob, whose father died on Wednesday night.

I think C/2 had a great idea with Cars A To Z, but the posts receive fewer views than the average post. As I am going to finish the series, I would like to “hear” suggestions how to improve readership.

This CNBC piece is about Jim Cramer’s belief that “it’s impossible to recommend Chinese stocks in a hostile communist regime.” The naivete of so many Americans who admire the Chinese government is hard to fathom. Maybe it’s “worse” than naivete.

This CNBC piece reveals Apple co-founder’s Steve Wozniak’s earnest advice: Get Off Facebook. He has been off the “platform” since 2018. He said, “…[T]o many like myself, my recommendation is — to most people — is you should figure out a way to get off Facebook.” Amen!

I was reading this book today, The History of Glue….
….I couldn’t put it down.

I hired a handyman to do some odd jobs around the house….
….He did every other thing on the list.

I made strawberry jam today….
….It was a jarring experience.

Women only have two problems….
….Nothing to wear, and no room for all their clothes.

I’ve heard of a lot of dumb criminals….
….But bakery robbers take the cake.

I think I need professional help….
….A chef, a butler, and a maid should do it.

This recent article from Classic Cars reveals Goodwood’s list of ten of the ugliest road cars ever. The inclusion of supercars like the Lamborghini Venemo and the McLaren Senna might come as a surprise to some, but as I have written I am not a fan of cars with pod-like styling regardless of performance, which is not to say I agree with the supercars Goodwood included in their list. I don’t think the Venemo is ugly, per se, just overstyled. What do you think?

Lamborghini’s designers would probably argue that every styling feature on the car serves a purpose. That may well be the case and while I believe that form should almost always follow function, styling matters. I think I object to the large wing more than anything else as I am not a fan of large external air forms on an automobile.

Two cars on the list that many would agree are ugly are the Pontiac Aztek and the Chrysler PT Cruiser. I don’t really want to spoil your (or my) morning by showing one or both of these cars, but here goes: 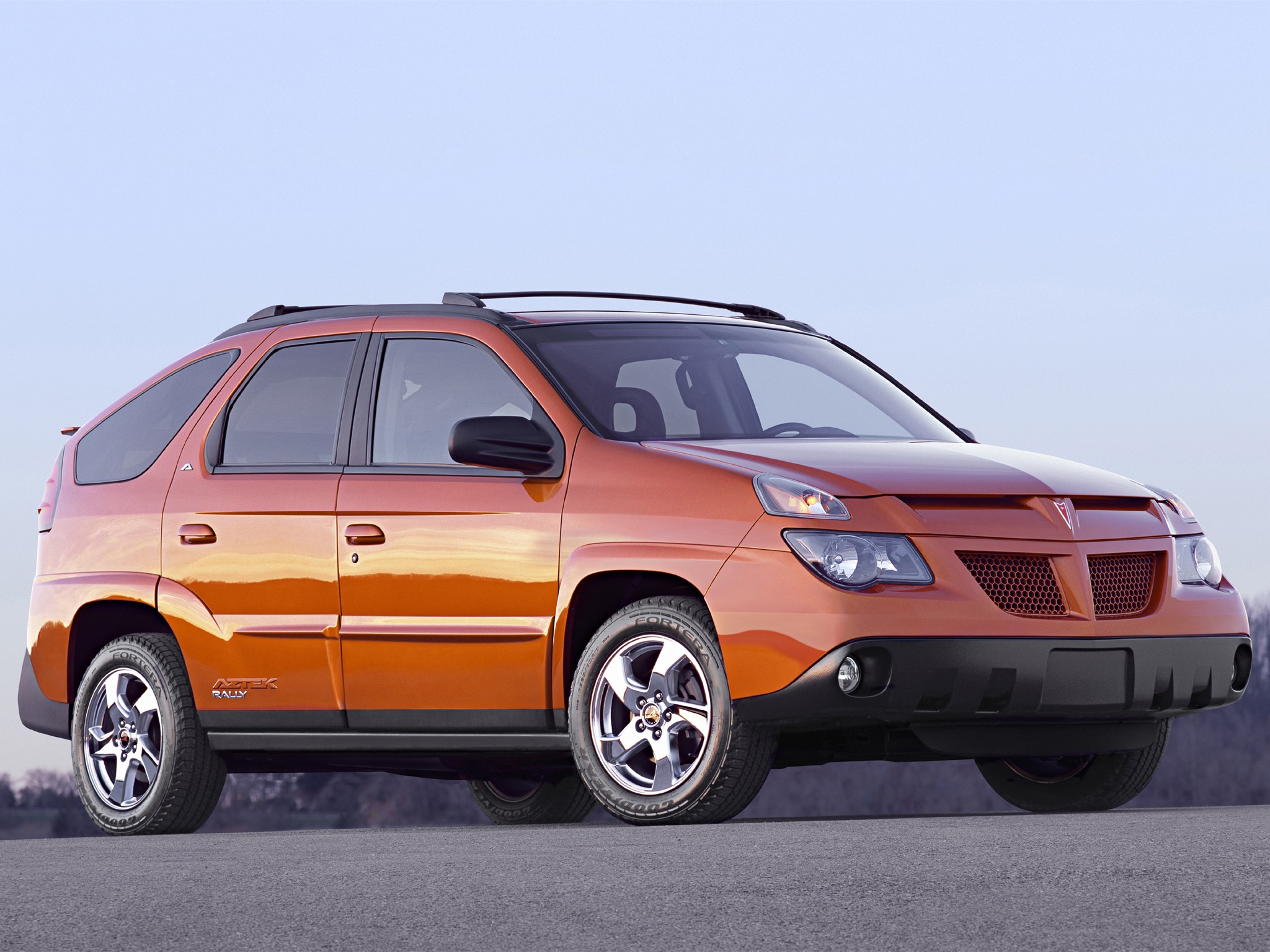 In this post I shared the exposition of Pulitzer Prize-winning automotive critic and syndicated columnist Dan Neil who named the Aztek one of the 50 worst cars of all time. Neil wrote, “the Aztek violated one of the principal rules of car design: we like cars that look like us. With its multiple eyes and supernumerary nostrils, the Aztek looks deformed and scary, something that dogs bark at and cathedrals employ to ring bells.”

The US car-buying public didn’t like the car, either. General Motors expected to sell 75,000 Azteks a year, but never even reached 30,000–its reported break-even level–in any year. If beauty is only skin deep and ugly is to the bone, then the Aztek is a skeleton.

I won’t show a picture of the PT Cruiser (I’ve tortured all of us enough already), but I think it looks like an upside-down bathtub with wheels. Unlike the Aztek, the PT Cruiser was popular with just over a million sold in the US during its ten model years in production. There’s no accounting for taste?

Feel free to submit a few of the cars that you think fall short in appearance.

6 thoughts on “Friday Free For All”