I’ll explain what that “means” in a few days.

A picture from yesterday:

That is a picture of Pinnacle Peak. My wonderful wife, her father and I went out for a Christmas meal at the Four Seasons Resort. This picture was taken in a parking lot.

The meal was going well until my Meniere’s Disease raised its ugly head and gave me an “attack.” I became quite dizzy, the inside of my right ear felt as if it were trying to burrow into my brain and I became more than a little queasy. Of course, we didn’t have any Meclizine on us.

It is apparent, in hindsight, that my marvelous mom suffered from Meniere’s, but was never diagnosed as such. She had very bad vertigo attacks and lost the hearing in one ear.

Today is the birthday of someone with whom I was good friends in junior high and high school. The fact that his birthday was just before January 1 meant that he was exempt from registering for the draft when it was re-instated in 1980 under President Carter. I, however, had to register. When confirmation of my registration arrived at my house, my mother was convinced that I had actually been drafted. In one of the saddest experiences of my life, it took me at least an hour to convince her that I had not been drafted; all the while she was crying uncontrollably. Maybe that’s where my animus for President Carter began…

A plethora of posts from Why Evolution Is True:

This one is about an amazing dinosaur embryo fossil.

This one is about a “pro free speech” ruling in a UK Court Of Appeals.

This one is about the horrifying story of a virulent anti-Semite school librarian in Washington, DC who made her students re-enact the Holocaust to show them “how Jews ruined Christmas” for Germans. Yes, she was fired.

The last link I will share today is about the head of the Royal Swedish Academy of Sciences, the group that awards Nobel Prizes, stating the prizes will be awarded based solely on merit and not based on “quotas for gender or ethnicity.” HALLELUJAH!

Preston Tucker died on this day in 1956. Of course, he was the force behind the creation of the now legendary Tucker automobile.

Although Tucker was eventually acquitted of the charges brought against him by the Securities and Exchange Commission (SEC), his company was ruined and the Tucker would never consist of more than the roughly 50 cars that were manufactured. It is not clear that he was the victim of a conspiracy by The Big Three automakers, who were supposedly afraid of his car. It is also not clear, though, that Chrysler Corporation didn’t have a role in the investigation and trial through a Congressional “proxy” who will not be named here.

I know I have taken many pictures of Tuckers as the AACA Museum in Hershey, Pennsylvania has a permanent display of four or five cars. My wonderful wife and I made two trips a year there and were members of the museum. However, I cannot find any such photos among the seven or eight thousand on my phone so I must resort to “borrowing” a picture from elsewhere. 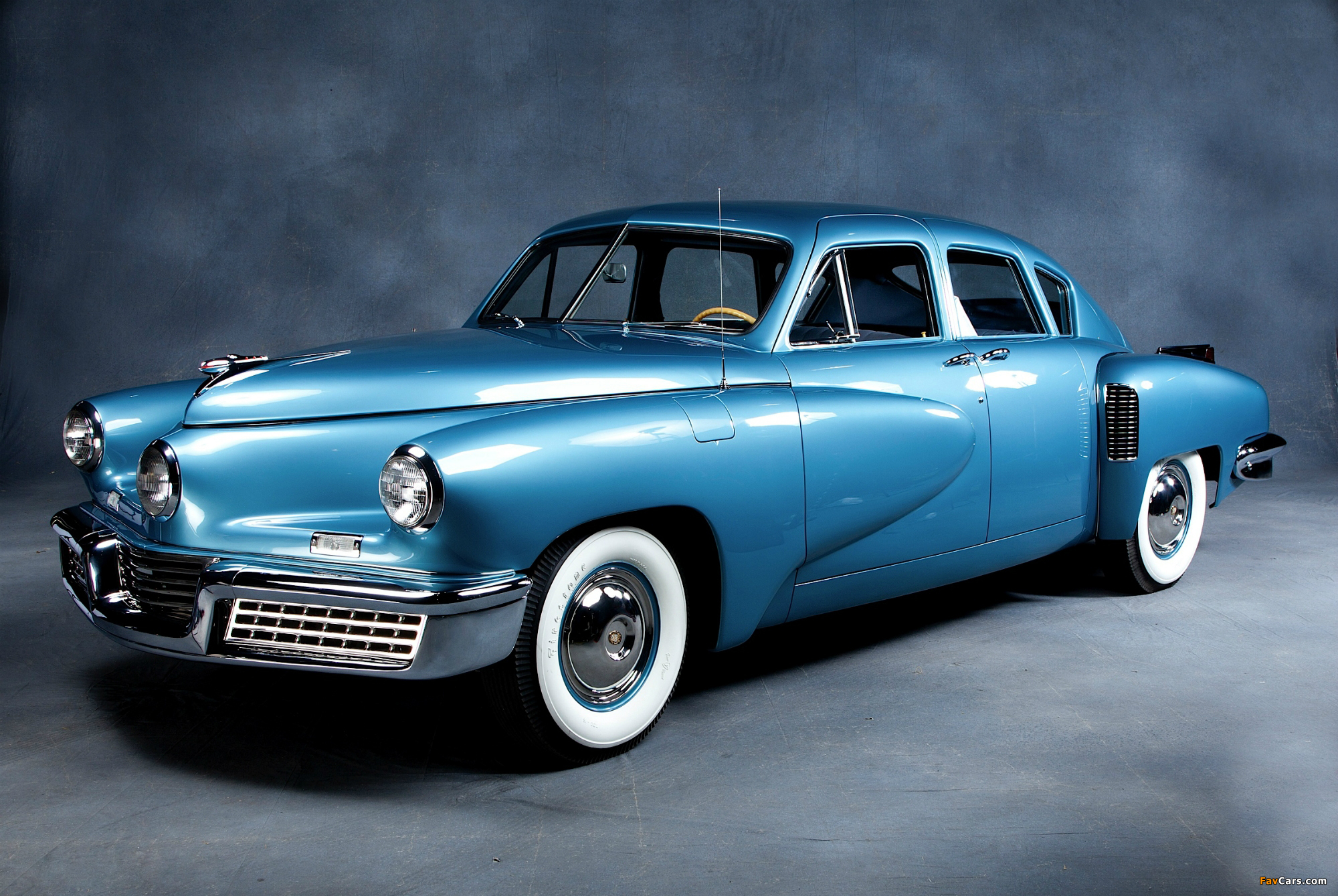 Does the seven-figure price of these cars today vindicate Preston Tucker? Are the prices just a function of small supply and a famous movie about his life inflating the demand? Perhaps it’s all of the above and more. If you’re interested, I recommend this book.