Yesterday, I learned that legendary jazz guitarist Pat Martino (born Patrick Azzara) died last month. His album Joyous Lake remains one of my all-time favorites as does the title cut. Not long after that album was recorded (it was released in 1976), Martino started experiencing seizures.

Eventually, his condition–reported as either an aneurysm or severe case of an AVM, an arteriovenous malformation–led to a near-fatal seizure in 1980. The resulting surgery left him with amnesia and no recollection or knowledge of his career or how to play the very instrument that made him successful. Through study of his own recordings and use of computer technology, Martino did re-learn how to play.

He stopped performing in 2018 due to a severe respiratory ailment, which was the primary cause of his death. I remember how excited I was to be able to interact with Martino in a computer jazz forum around 2005. I just wanted to let him know how much his music, particularly Joyous Lake, meant to me. The news of his death is very sad to me, but (hopefully) I will be able to listen to this as long as I’m breathing: 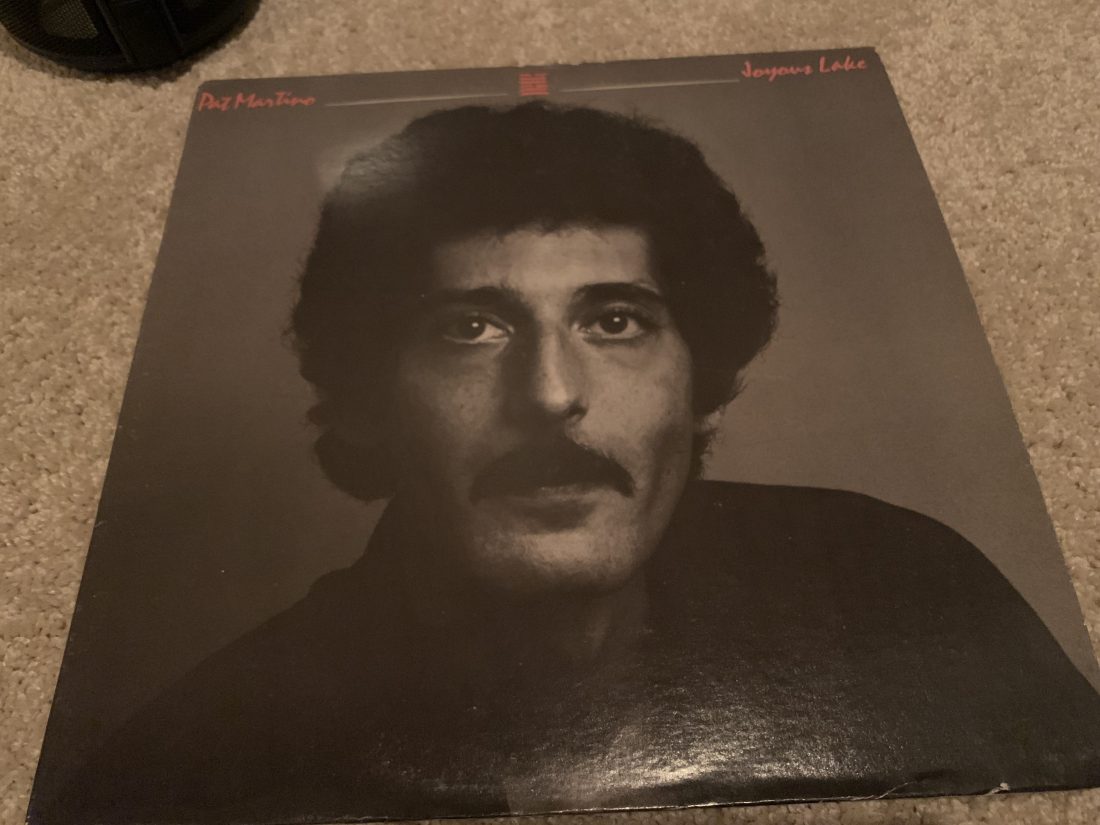 (The next three paragraphs were not originally included in this post.) Luck plays a real role in life outcomes. I discovered Joyous Lake by luck, basically. During my first year in college and during one of my many trips to the famous I Like It Like That record store in the college town–remember this was 1978-79–I was browsing through the jazz section when a stranger approached me and said, “I see you like jazz fusion. I think you’ll like this album.” It was Joyous Lake. On his recommendation I purchased it. When you’re a poor college student every purchase had to be justified and, of course, I never regretted that decision. I never saw the stranger again.

Another Joyous Lake story: by 1986 I had worn out my first copy. I was then working for the Office of Management and Budget in Washington, DC. I wanted to buy a new copy, but the album was already out of print. Someone told me about a record store in the Georgetown section of DC that specialized in out of print records. One day after work I walked there from my office in the New Executive Office Building near the White House. Washington, DC is not a large city in terms of square miles.

When I arrived the proprietor asked if he could help me. I asked him if he had Joyous Lake. When he replied, “How many copies do you want?” I literally screamed and every person in the store stared at me. Of course, I should have purchased more than one copy, but I didn’t. I still have both copies of the Joyous Lake album. That’s how I was able to take the picture above.