Please keep my wonderful wife in your thoughts.

The “I” company in Cars A To Z made these cars: 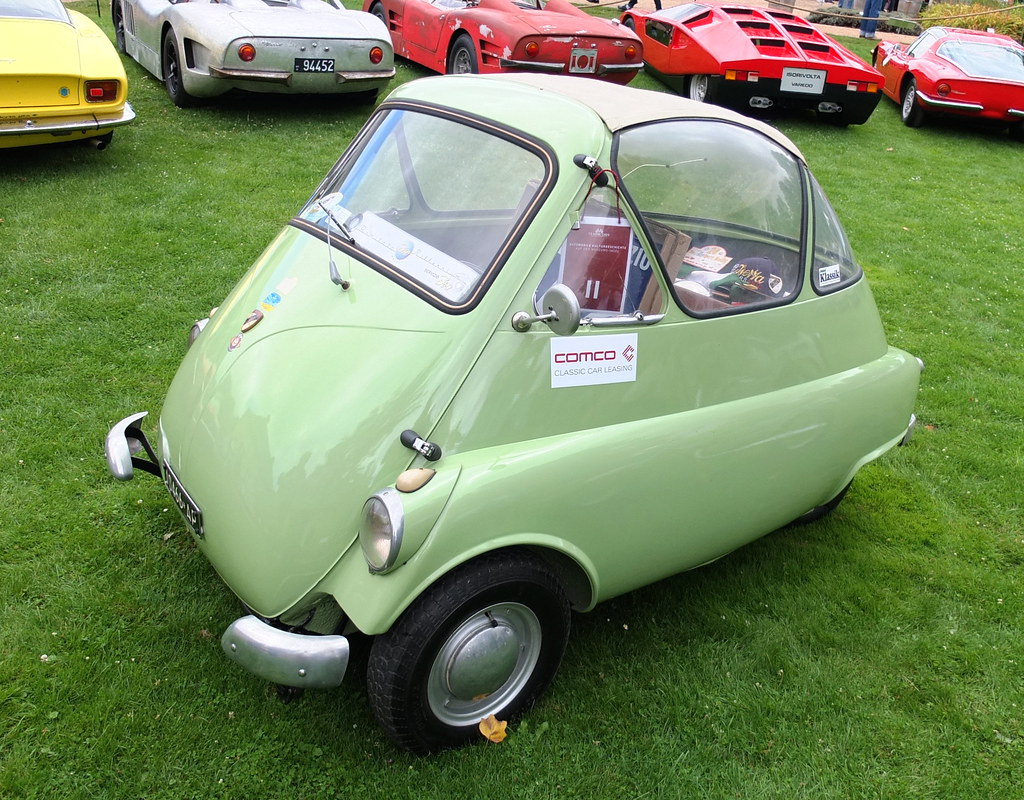 Iso, founded by Renzo Rivolta in 1939, morphed from a manufacturer of motor scooters to “bubble cars” (like the Isetta shown in the top photo) to powerful GT cars, like the beautiful Grifo shown in the bottom picture.

While most people associate the Isetta with BMW, the fact is that Iso invented that car, but then licensed the concept to other manufacturers. Iso stopped making the Isetta in 1956. BMW produced the car from 1955 to 1962 selling more than 160,000 units. It is the best-selling single-cylinder car in history.

With the earnings from the Isetta (which means “Little Iso” in Italian), Iso and Renzo Rivolta decided to begin the manufacture of GT cars in the early 1960s. The two-seat Grifo, which was produced from 1965 to 1974, was a companion to the four-seat Rivolta that was introduced in 1963.

The Iso Grifo was a part of both Ultimate Garage 2.0 and 3.0. It was a hybrid in the original sense of that word in an automotive context in that it had European coachwork and in the case of the Iso cars, a European chassis, but an American drivetrain. The original Iso had a Corvette engine and two of the three available transmissions were also from the Corvette.

Unfortunately, events beyond the company’s control–such as the OPEC oil embargo of 1973-74–crippled the company and Iso went bankrupt and shut down all operations in 1974. However, the nameplate returned with a “new” car in 2017, also named Rivolta:

The new Iso Rivolta GTZ is essentially a re-bodied C7 Corvette Z06 and as such, it features the same General Motors 6.2 liter supercharged LT4 V8 engine as the Chevy coupe. In fact, I am 99% certain that the cost of the new Rivolta has to include the cost of a donor C7 Corvette.

This is an extremely low-production vehicle with total output limited to 19 vehicles. It’s good to see the Iso name revived, but it would be more impressive, in my opinion, if it were produced in higher numbers.

At the beginning of Cars A To Z I thought I would post about two a week. The feature began two months ago and this is only the ninth in the series. Life intrudes…