First…many, many thanks to David Banner (not his real name) for sharing his time and expertise with me during this latest medical crisis. I am improving, which should be apparent given the existence of this post.

“G” is not a letter well-represented among automobile makes with any longevity. The “G” car in this series is actually strongly connected to Madison Square Garden (MSG), the famous New York sports and entertainment venue. How, you ask?

In 2015, The Madison Square Garden Company was split into two different companies by its owner, Cablevision, which itself had spun off its MSG holdings in 2010 into a separate company. In 1994, Viacom purchased majority ownership of Paramount Communications, then owner of MSG, but sold MSG to Cablevision and ITT, which sold its half of MSG to Cablevision in 1997. With me so far?

In 1989, Paramount was formed when Gulf and Western sold its non-media and entertainment assets. Gulf and Western became sole owner of MSG in 1977, but before that owned 81% of MSG stock. In 1960, the Madison Square Garden Corporation merged with its largest share holder, Graham-Paige. Two years later, Graham-Paige changed its name to the Madison Square Garden Corporation.

The three Graham brothers–Joseph, Robert and Ray, who were from Indiana–began their industrial careers in the glass business. They sold the company they built to Libbey-Owens, later Libbey-Owens-Ford, although I’ll be damned if I can tell you the exact year. From “evidence” that sale probably happened in 1916 or 1917.

The Grahams then began to manufacture trucks and tractors with their first product being pickup and truck conversion kits for Model T Ford chassis. They did not build their own engines, however, using motors built by Continental (at one time a successful independent engine builder for car companies), Dodge and Ford.

The Graham Brothers Speed Truck became so popular that Dodge entered into an agreement to sell complete trucks made by Graham through Dodge dealers. In what was apparently a surprise, the Graham brothers decided to sell the company to Dodge in 1926–then owned by investment bank Dillon, Read & Co. who bought the firm from the widows of the Dodge brothers in 1925, only to sell the company to Walter Chrysler in 1928. Still with me?

The Grahams then purchased the Paige-Detroit Motor Car Company in June of 1927, headquartered in Flint, Michigan. Six months after acquiring the company, their own Graham-Paige automobile debuted at the New York Automobile Show. The name “Paige” was dropped from the cars in 1930, but not from the company name.

I think Graham’s most significant contribution was the car shown below. I think it’s far more important than the attempt to join with Norman DeVaux and what was left of Hupmobile to manufacture cars using the dies from the discontinued Cord 810/812. 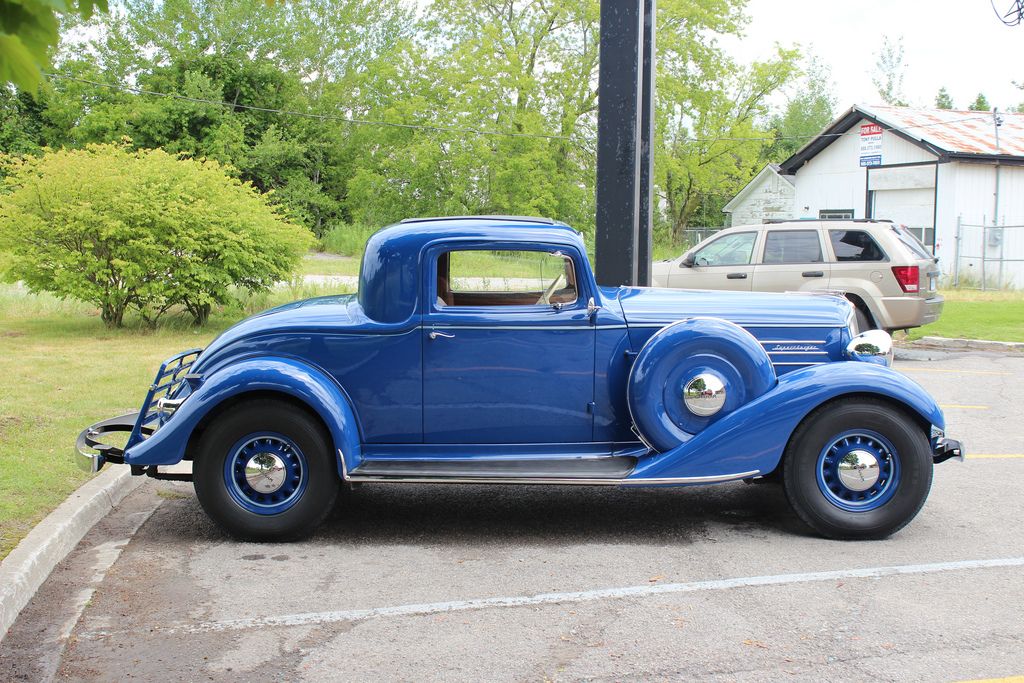 From Pinterest this is supposed to be a picture of a 1934 Graham Supercharged Custom Eight. Prior to this car, supercharging had been the realm of high-end cars only. The Beaulieu Encyclopedia Of The Automobile shows the price of this car as $1,245, but Encyclopedia of American Cars by the Auto Editors of Consumer Guide® shows the lowest price as $1,045. Regardless, that was a remarkable value for its day. The Auburn Supercharged Eight 851/852 models, which debuted the next year, were hailed as performance for the masses, although I doubt that exact phrase was used, but the cars could cost as much as $2,200. The least expensive 1934 Cadillac V-8 car, of much larger displacement but not supercharged, cost more than $2,500.

The 1934 Supercharged Eight produced 135 horsepower, an impressive number for its day especially considering that the “legendary” Ford flathead V-8 for the same year produced 85 HP. I think these cars by Graham are pretty much forgotten today, but shouldn’t be.

For Graham, though, the Supercharged Custom Eight was no savior. Of the roughly 23,000 cars they manufactured in 1934, only about 4,000 were the supercharged model. They added a supercharger to one of their six-cylinder cars in 1936 after dropping eight-cylinder engines. That model sold more than the Custom Eight (5,500 in ’36), but Graham sales declined to just 17,000. Of course, the 1930s were a tough time to be a smaller automobile manufacturer.

Graham stopped manufacturing cars in 1940 after making its Cord clone, the Hollywood. Leaving the automobile business proved to be quite lucrative for Graham as they made millions during World War II from government defense contracts as they were still manufacturing farm equipment and were able to convert that capability into making amphibious tanks. Joseph Frazer–yes, of Kaiser-Frazer–bought Graham-Paige in 1944; he/Kaiser-Frazer bought what automotive business remained in 1947. Graham-Paige dropped the name “Motors” from its name in 1952 with its departure from the farm equipment business and became an investment corporation that eventually gained majority stake in Madison Square Garden.

Quite a story, huh? Graham-Paige is just one of many US (and world) automobile manufacturers that made substantial contributions, but are forgotten today.

Glad to be back, but I cannot promise posts on an almost-daily basis. I’ll have to take it a day at a time.