I wish to extend a heartfelt thanks to the 19 million veterans in the US. I also want to thank the roughly 1.3 million currently on active duty in the US military. I think their service is grossly underappreciated by too much of the population.

Today would/should have been Kevin Towers’ 60th birthday. I worked with Kevin for four years while with the San Diego Padres. As I have recounted, I was foisted on him at first as my first title was Assistant Director of Scouting for Professional Players. At the time, Kevin was the Director of Scouting.

Later, we were both promoted: Kevin to General Manager and me to Director of Baseball Operations. In the three full seasons we had those roles, the Padres won two NL West division titles and one National League championship. (I resigned during the season after the NL championship.) Here is a picture I have shown before:

Kevin is the one kneeling in front and I am one of the other three people. He always treated me as a friend and respected colleague and not as an interloper.

I believe Kevin’s widow lives in the Phoenix area. I wish I could find her just to say hello and to tell her how much I appreciated the way Kevin treated me. He died of anaplastic thyroid cancer in January of 2018.

I wanted to add something about what happened on this day in automotive history. Unfortunately, I have learned that the 365 Days of Motoring website cannot be trusted (not to mention it’s not a secure site). I am seldom able to corroborate their “facts.”

A book I have called This Day In Automotive History has nothing for this day that interests me. Since it is likely that tomorrow will be the “F” car in Cars A To Z, I will report that on November 12, 1908 General Motors (which had been founded just two months earlier) acquired Oldsmobile.

Ransom Eli Olds founded Oldsmobile in 1897, sold the company to Samuel L. Smith in 1899 but stayed on as Vice-President and General Manager until the two men began to butt heads frequently. Olds left his namesake company in 1904 to start REO Motor Car Company.

In the first model year after GM’s acquisition (1909), Oldsmobile finished 7th in sales among American makes. Buick finished second and Cadillac, which GM acquired in 1909, finished 5th. Reo finished 6th. Unlike later when Ford completely dominated the US market with the Model T, it had less than a 10 percent share. I hope the photo below shows an actual 1909 Oldsmobile, but my knowledge of brass era cars is quite limited: 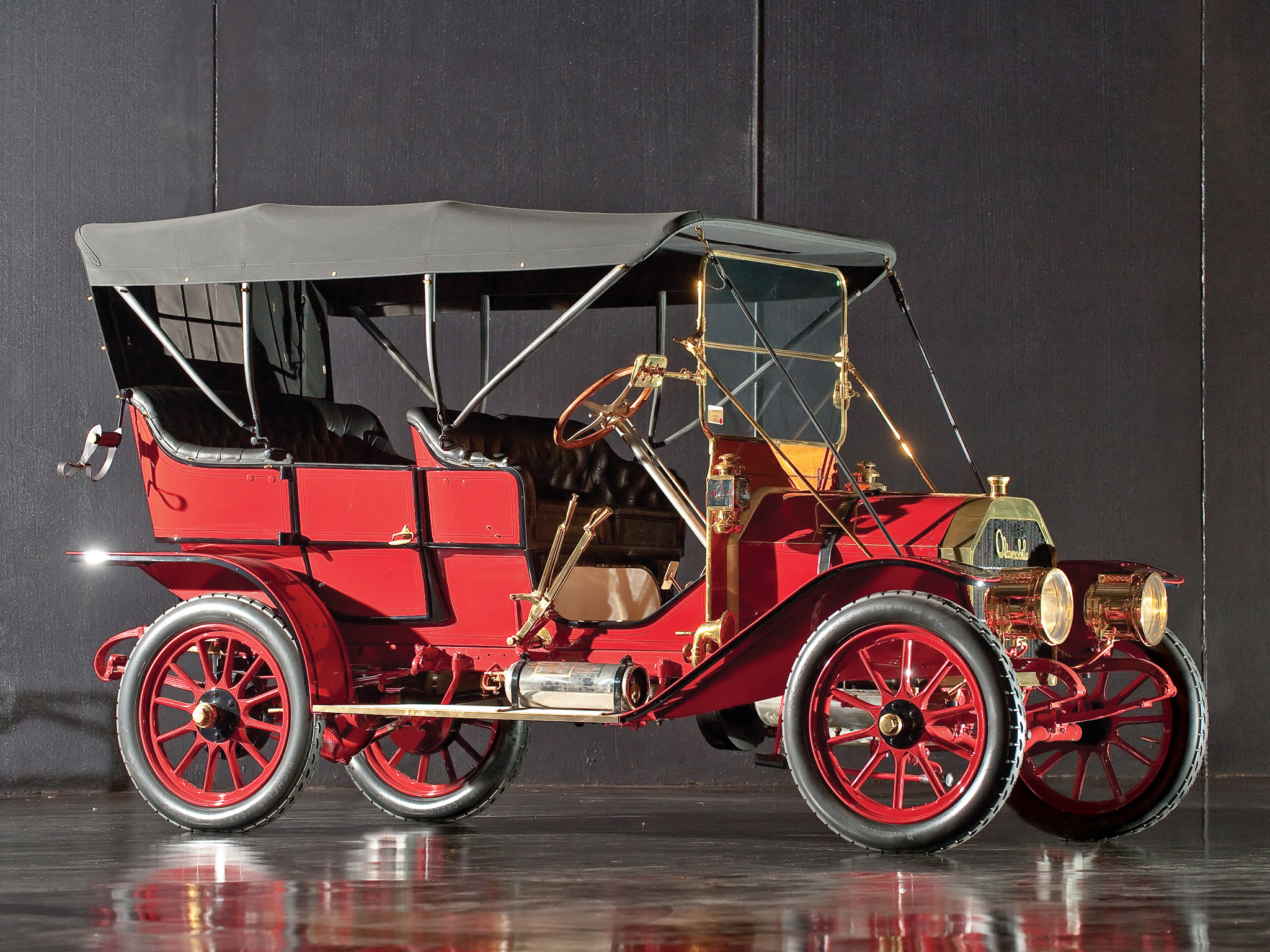 In its long history Oldsmobile had quite a record as an innovator with its two most significant being the first make to offer a fully automatic transmission in the Hydra-Matic and, along with Cadillac, the first to offer a modern, overhead-valve and oversquare V-8 engine. I think the fact that these engines had a bore greater than stroke (that’s what oversquare means) is not mentioned enough in automotive histories. That design allows for higher RPM than the old-fashioned engines whose stroke always exceeded their bore.

For the nth time, I will offer lamentation over the demise of makes like Oldsmobile.