Mike Pitts–former Alabama All-American football player, first-round draft pick of the Atlanta Falcons and key member of the successful defenses of the Philadelphia Eagles under Buddy Ryan–died a few days ago. Why am I mentioning this? Pitts attended the same high school as David Banner (not his real name) and me and graduated the same year.

A Mike Pitts story…during our junior year my section and his section ate lunch during the same period and usually sat close to each other. I decided to arrange a betting pool for the NCAA Basketball Tournament. (This would have been in March, 1977.) Each participant would contribute two dollars to the pool and randomly select two teams out of a bag. (The tournament was 32 teams that year.) The person with the winning team would win $16, the person with the runner-up would get $8 and the two other Final Four teams would generate $4 each in winnings.

Mike Pitts wanted in on the action but said he didn’t have two dollars that day. Obviously, we weren’t going to say no so we let him pick two teams. Both of his teams lost in the first round. When we returned to school on Monday we were prepared to go with a $30 pool. “Who’s going to ask Pitts for his money?” That was a job no one wanted. Since I started the pool, I asked him for his two dollars. He wasn’t happy about it, but he paid. That always made an impression on me.

Our high school was a football powerhouse–with 2,000+ students in a school that was all-male until our freshman year, and no more than 100 girls our senior year, how could it not be?–so varsity players had quite a status. Mike Pitts could have refused to pay his money, knowing there was nothing I could really do about it, but he paid. From that point forward, we would nod to each other if we passed in the halls.

(Do you care about the results of the NCAA Tournament? Marquette gave head coach Al McGuire quite a retirement present by winning it all for his only title. My two teams were UNLV and UNC-Charlotte, both of whom made the Final Four. Both lost close games in the national semi-finals: UNLV lost 84-83 to North Carolina and UNC-Charlotte lost 51-49 to Marquette.)

Mike Pitts and I were not friends, really. I never saw him again after high school. His death doesn’t really affect me except it’s another stark reminder of the finite nature of life. In a purely selfish view, it’s also one fewer person alive with whom I had any interaction. 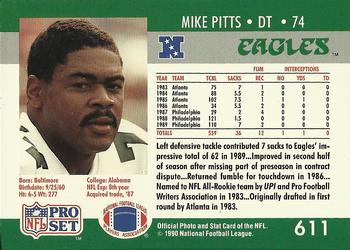 If I write two consecutive posts without any automotive content, readers might think I’ve lost my mind, if they don’t already. Actually, until I heard about Mike Pitts–via a text from David Banner (not his real name)–I might have posted the “F” car in the Cars A To Z series today. That will have to wait a day or two.

Since my high school days are featured, here is the car I drove in high school after I earned my drivers license:

Somewhat ironically, these pictures of my 1967 Pontiac GTO were actually taken while I was in college. In high school, the car was light blue with a black top and had standard Pontiac wheels and hubcaps. In a story I have told before, the car was seriously damaged in an accident two weeks before I left for college. Nothing in life is all good or all bad…the accident gave me the excuse to get my father to have the car repainted in a color I liked better, to get mag wheels, and to get headers since the right exhaust manifold was cracked beyond repair.

Unless my wonderful wife and I win millions in a lottery, I will never again own a GTO of this vintage. However, I will always look fondly on my first car, in part because it was such an identity piece for me in high school and college.