I was originally going to write about the latest chapter in the dysfunctional Aaron Rodgers story. Other than to say he has made it impossible to root for his success, I will refrain.

The Henry Ruggs story makes me speak. Ruggs was a player for the Las Vegas Raiders who was drafted in the first round in 2020. Very early on Tuesday morning, with a blood alcohol level twice the legal limit, Ruggs crashed his C8 Corvette into the rear of a Toyota RAV4 causing that vehicle to burst into flames that killed its driver. Right before the crash Ruggs’ car was traveling at 156 MPH. Oh, he illegally had a loaded gun in the car. The Raiders released Ruggs on Wednesday.

I have always been disgusted by the fact that it is legal to drive with any alcohol in one’s system. Many, if not most, countries have a “legal” limit below the .08% that is the standard in most, if not all, US states. According to NHTSA estimates, more than 10,000 people died in the US in 2018 in vehicle crashes where at least one driver was under the influence of alcohol.

We have mandatory back-up cameras because 100 people are killed every year when a vehicle backs up into them; WHY don’t we have mandatory interlock systems that keep a driver from starting a car when under the influence?! Our de facto tolerance of drunk drivers is appalling.

As for professional athletes…I worked in major league baseball for 20+ years. When I met someone and told them what I did for a living the response would often be, “Wow, it must be so cool to talk to [fill in player name].” Sometimes, but not often, my response was that except for their ability to play baseball–which almost always included a hyper-competitive nature that most non-athletes cannot comprehend–most baseball players are entirely unremarkable people.

Like the rest of the population, professional athletes can be depressed, can be *ssholes (and often are due to how they’ve been coddled for most of their lives) and can have substance abuse issues. They are usually very far from being “supermen.”

Sadly, stories like Henry Ruggs’ will happen many, many times every year in this country–almost always without any “celebrity” connection–and nothing will be done.

According to 365 Days Of Motoring, it was on this day in 1939 that Packard showed the first air-conditioned car at the fortieth Automobile Show in Chicago. Once again, I could not corroborate that specific date/event anywhere else, but it is true that Packard made the first air-conditioned automobile, although that apparatus bore little resemblance to the modern system pioneered by Nash in 1954, which is still the basis for current HVAC systems in vehicles–at least I think so.

The Packard unit had no thermostat and no way to shut the system off except to go into the trunk, where the unit took up half the available space, and to disconnect the drive belt. At $275–the frequently published option price of $1,000 is simply wrong–the system was not outrageously priced, but only about 2,000 Packards were so equipped through the 1942 model year. After the war, Packard dropped the option and didn’t offer air conditioning again until 1953. Below is a picture of a 1941 Packard 120 sedan, which could have been equipped with air conditioning: 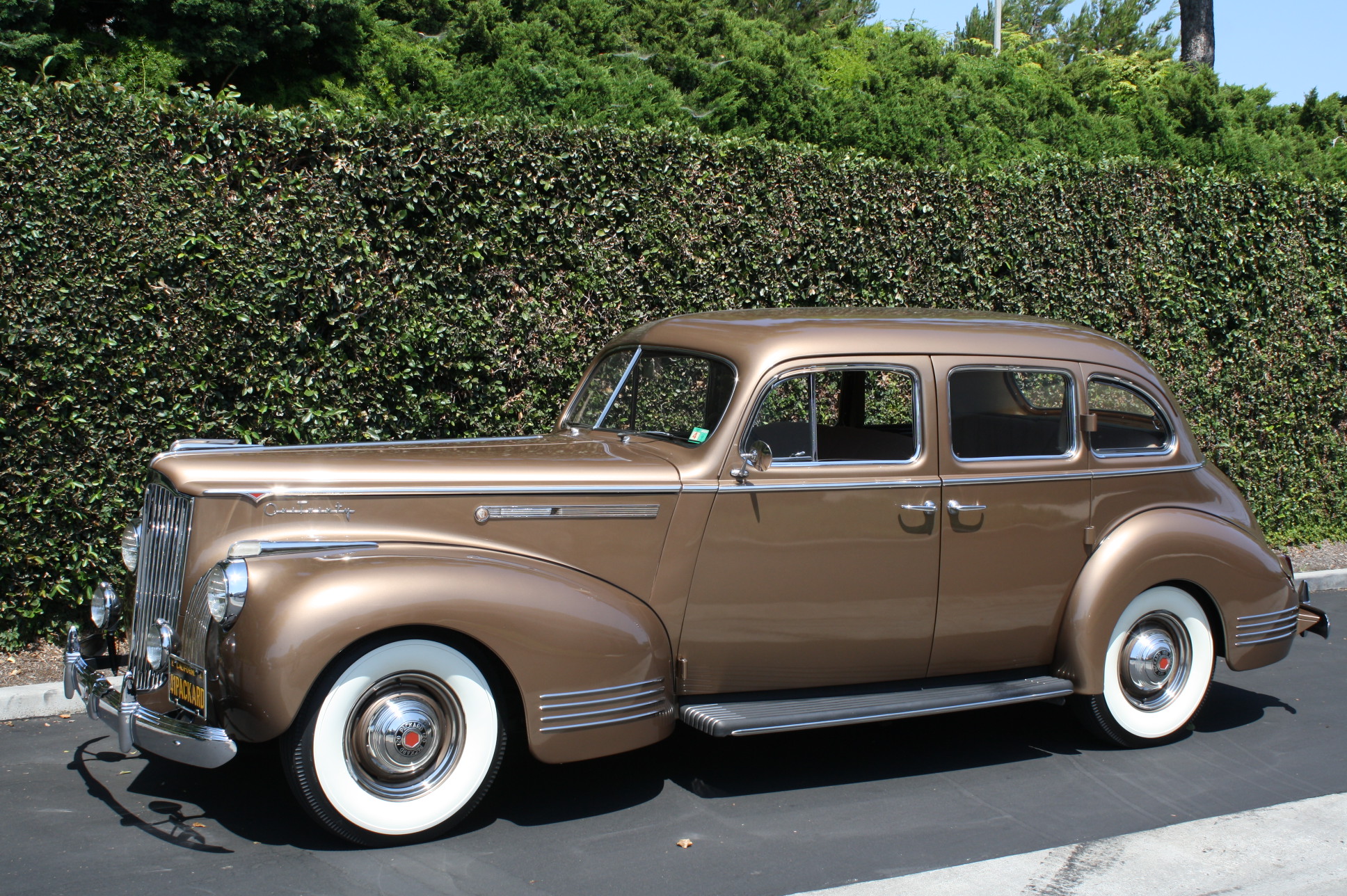 In terms of passenger comfort in an automobile, Nash and Packard were two pioneers. It’s not necessary–that won’t stop me, though–to point this out, but neither company exists today.