Today, of course, is the 18th day of October. In my OCD world, much of my behavior is shaped by the number 18. You’ve heard the Hebrew/Jewish salute and drink toast, L’Chaim. That means “To Life.” To me, 36 is also “To Life” since it’s two times 18. (Yes, I know “to” and “two” are not the same word, but they are homophones, meaning they sound the same.) Every Hebrew letter also has a numerical value, or equivalent; the two letters in the word Chai add up to 18.

When I spray my reading glasses with Lysol® after using them in the bathroom, I count to 18 or 36 before wiping down the lenses. When I walk, inside or outside, to get my x,000 steps for the day, I start counting until I reach 72, which is four times 18, or “for life,” another use of homophones. Then I keep walking without counting.

I have uniform tops that I had made when I worked as a consultant for major league baseball teams. Besides my last name, the backs of those tops always had the number 18.

Yes, I am spilling a lot of secrets today. Except for my wonderful wife, the people in my life almost never see the manifestations of my OCD. She doesn’t even see them all.

According to 365 Days Of Motoring, on this day in 1951 the first DeSoto with the Firedome V-8 was produced as a 1952 model year car. (The Wikipedia article about the Firedome states that production began in 1952. Well, all sources state that the first model year of the car was 1952 and since it was the norm for a model year to begin in the last 3-4 months of the previous calendar year, I’m going to take 365 Days Of Motoring’s word on this.) The Firedome motor was a Hemi. As part of Chrysler Corporation, DeSoto was given a Hemi one model year after the Chrysler make. From Jalopy Journal a picture of a 1952 DeSoto Firedome: 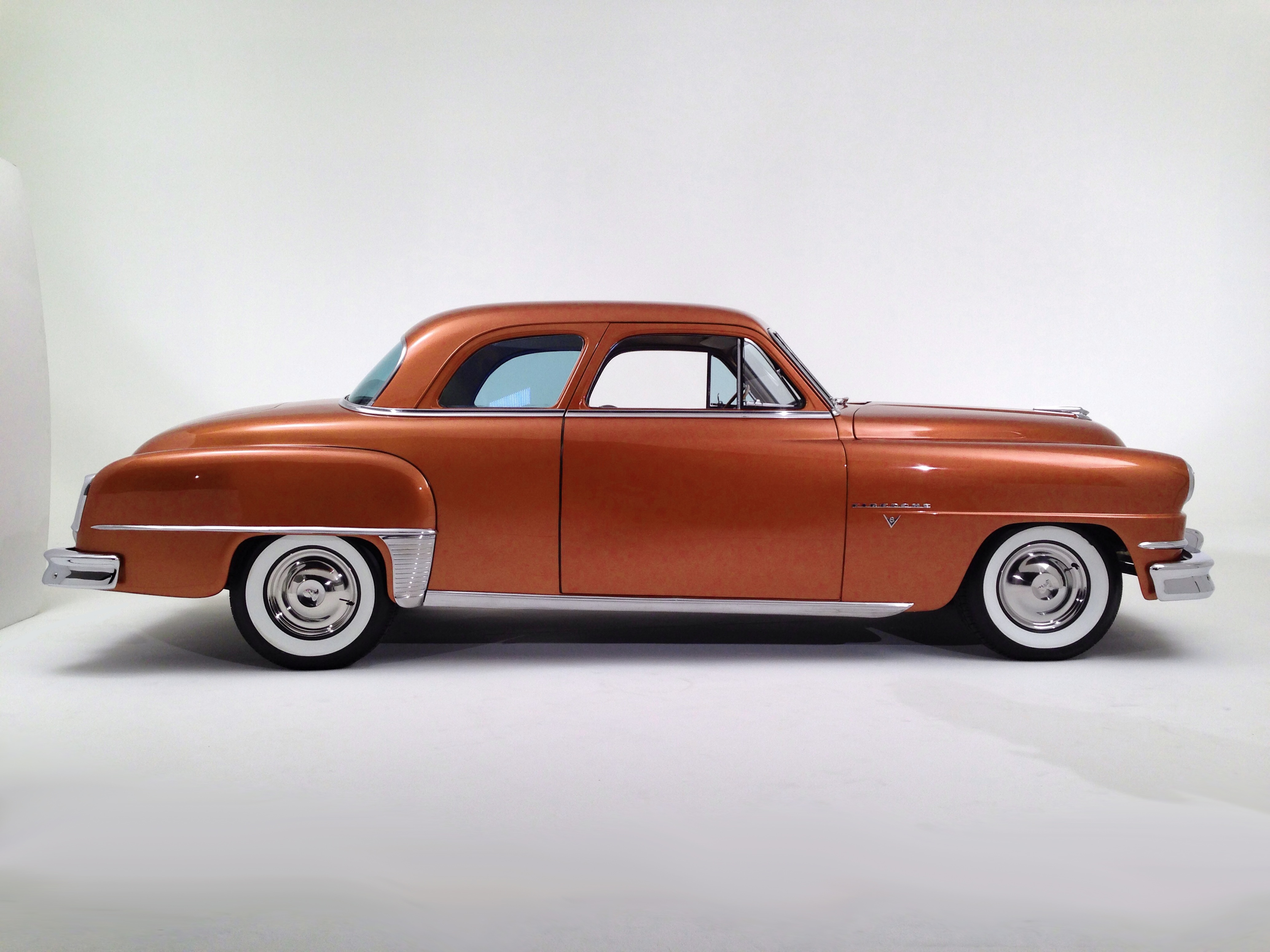 I’m not 100% sure of the year, I think it was a ’52, but a DeSoto Firedome was once the car in an episode of Wheeler Dealers. This was still when Edd China was the mechanic. When they purchased the car it had “custom” bumpers, window tinting, and shaved doors. The car pictured here looks fairly stock to me, except for the shaved doors, but I’m not a DeSoto expert.

Sadly, ten years after the introduction of the Hemi, DeSoto was no more. While my current “favorite” DeSoto is from earlier, if I had A LOT of money I might try to find an early 50s model and maybe even keep the original engine. While my obsession with defunct American makes has waned, they still tug on my heartstrings.