“The trees are in their autumn beauty,
The woodland paths are dry,
Under the October twilight the water
Mirrors a still sky;
Upon the brimming water among the stones
Are nine-and-fifty swans.
The nineteenth autumn has come upon me
Since I first made my count;
I saw, before I had well finished,
All suddenly mount
And scatter wheeling in great broken rings
Upon their clamorous wings…
But now they drift on the still water,
Mysterious, beautiful;
Among what rushes will they build,
By what lake’s edge or pool
Delight men’s eyes when I awake some day
To find they have flown away?”

The terrorists have won. Funding for Israel’s Iron Dome was removed from the spending bill passed by the US House yesterday. The so-called “progressives” threatened not to vote for the bill if the provision was not removed.

They are not progressive in any way, shape or form. They are hateful, ignorant anti-Semites, hypocrites who blather on about inclusion, but who want to punish Jews for crimes they have not committed. I weep for the future.

On this day in 1903 Packard’s huge and modern factory complex opened in Detroit, Michigan. From the time construction began until Packard occupied the facility took 90 days, a period that seems incomprehensible today. The plant was about three million square feet.

Some Packard “experts” believe that the move out of East Grand and into a much smaller facility on Conner Avenue in 1954 contributed to the company’s demise. This move grew out of Packard’s ultimately unwise decision to outsource production of its bodies to the Briggs Body Company in 1940.

After the death of company founder Walter Briggs in 1952 his family realized they had to sell the company to pay inheritance taxes. (The “progressives” argue that no one has ever actually had to sell a business or a house to pay such levies. Blind adherence to ideology really is blindness.) As Ford and General Motors were building their own bodies, Chrysler bought Briggs in 1953 and gave notice to Packard that it would no longer continue production of Packard bodies.

On the advice of his Vice-President for manufacturing, Ray Powers, Packard President James Nance decided to lease a former Briggs plant from Chrysler and move the entire manufacturing process there, not just the production of bodies. The complexities of such a move compounded by the much smaller size of the Conner Avenue plant (trying to shove five pounds of sh*t into a two-pound bag) led to massive quality issues with the 1955 Packards. The company was already struggling with its label as an Independent in addition to the merger with Studebaker that had its own serious problems.

The 1955 Packards were much improved in design over previous model years. The cars finally had a V-8 engine, for example. However, the hasty move to Conner led to numerous quality control issues that caused the company’s warranty expenses to be twice those for 1954 models and, more importantly, seemingly cemented the perception of Packard as a company that was behind the times in the minds of the auto buying public. 1956 model year sales declined by half compared to 1955 even though most of the production teething pains were behind the company. Of course, 1956 was the last model year that Packards were built in Detroit as production was moved to the Studebaker facilities in Indiana and Packards were built there for two years as badge-engineered Studebakers.

From Pinterest, an aerial view of the Packard plant circa 1939: 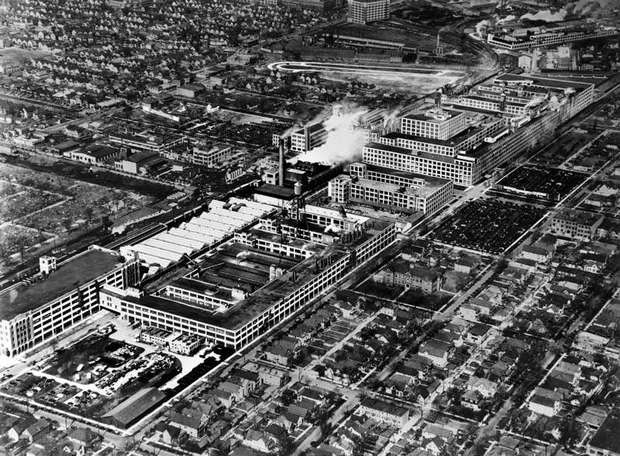 From Hemmings a picture of a magnificent pre-war Packard, a 1934 Model 1108 meaning it was powered by a V-12 engine: 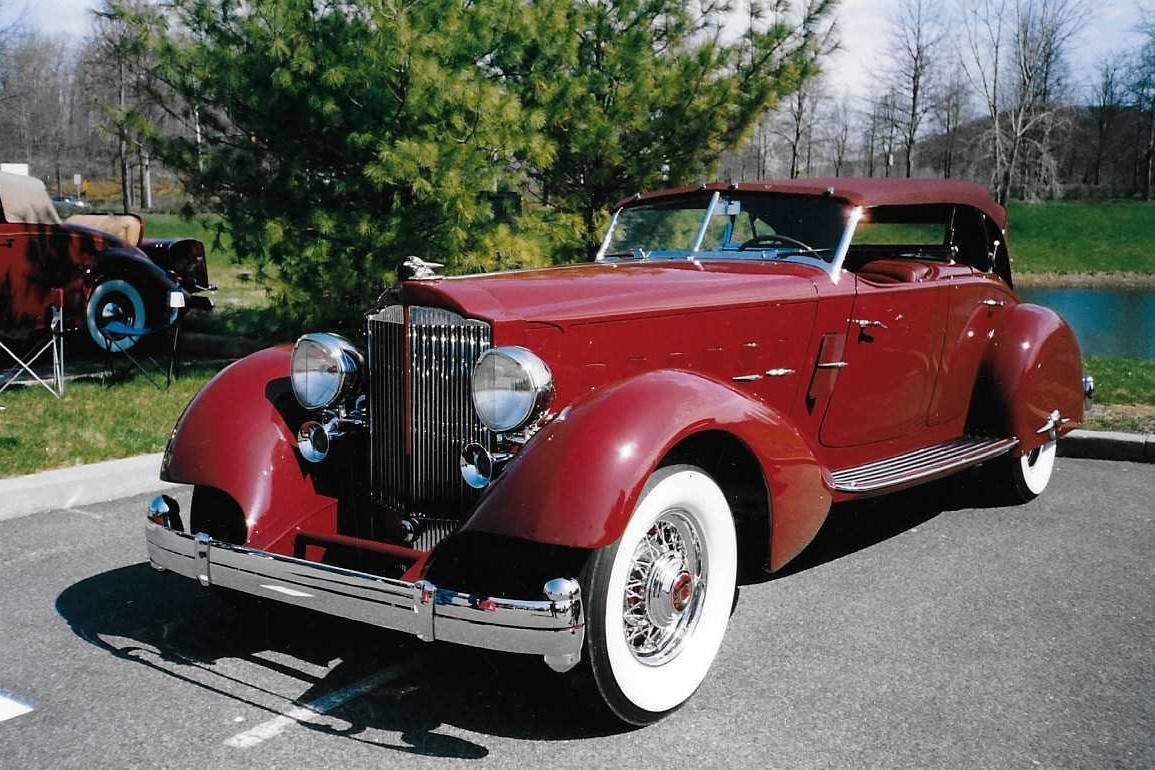 “For of all sad words of tongue or pen, the saddest are these: It might have been.”

4 thoughts on “The Turn Of Autumn”