8 AM today marked the beginning of the last third of 2021. As I have written before, my OCD-addled brain divides many events into thirds so I can clearly delineate the beginning, the middle and the end.

Today’s post title could also refer to the distinct possibility that, despite denials from some WordPress staff, the end of 2021 will mean the end of access to the WordPress Classic Editor, which will almost certainly mean the end of my blogging. I think WordPress management understands that the new Block(head) Editor is not popular with many users, but simply does not want to admit a mistake.

Despite not posting for four consecutive days, and despite the posts for the two days prior being nothing but a title and a picture or two, blog views for August reached a level not seen since May. Many thanks. For you numbers nerds out there (like me), the zero-order correlation coefficient between the number of views in a month and the number of posts (since January, 2020) is .58, a fairly strong correlation.

Views per day for August were 18 percent higher than for June/July. On the other hand, the August figure was 13 percent lower than the daily average for the period from October, 2020 through May, 2021.

Once again…if you like this blog please let your friends know and share the blog URL (https://disaffectedmusings.com), please feel free to “Like” posts and to submit thoughtful comments, and please feel free to click on any ads in which you have genuine interest.

I wasn’t going to write about this, but…the second of two bad events in August was my wonderful wife being involved in a four-car accident. She is fine and was not at fault, but the person at fault slammed into the back of our 2015 Cadillac ATS.

Even though the car is drivable, the distinct possibility exists that the car will be classified as a total loss by the other driver’s insurance company. That possibility stems from the high cost of body work and paint and the fact that, at least in Arizona, if the estimated repair is more than 70%-75% of the value of the car, the insurance company will call the car a total loss and pay the party the value instead of for the repair. Maybe that’s true almost everywhere.

If the car is deemed a total loss, then, of course, we have to buy another car. My wonderful wife brought this one to my attention. What do you think? 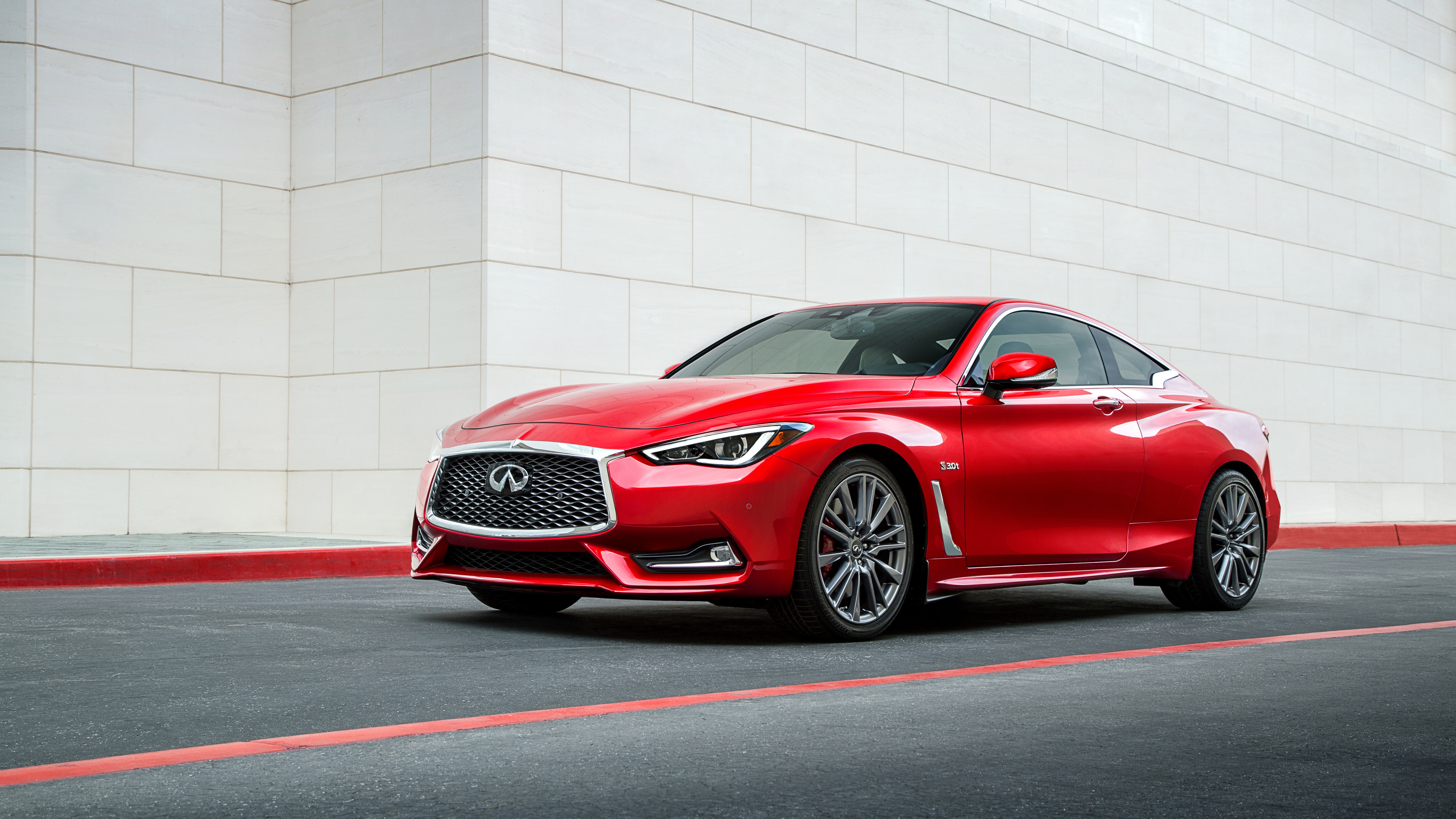 From hdcarwallpapers is a picture of an Infiniti Q60, in this case a 2017 model. I immediately thought of my less than pleasant experience with my 2011 Infinti G37x coupe and its AWFUL CVT (Continuously Variable Transmission). However, I think by 2017 the CVT was not used in Infiniti cars and the Q60 is supposed to have a “normal” seven-speed automatic transmission.

The car fits our parameters (length, trunk volume, four seats, two-door coupe) although it will cost more than we paid for the ATS. Still, the fact that we have to consider buying another car is not the boon it might appear to be. While not all of them are bad drivers, it seems to us that a large segment of people driving in Arizona are inconsiderate, inattentive and overly aggressive. Maybe all of those commercials for “injury” attorneys are aired for a reason.

Back to the Q60…we would probably opt for the 3-liter V-6, but not the Red Sport performance version–too expensive. The base V-6 is a twin-turbo engine that produces 300 HP/295 LB-FT of torque. That’s enough power for a grocery car/taxi.

Once again, what do you think? Should we buy an armored car instead?

8 thoughts on “The Beginning Of The End”