Do any of you remember a TV show called The Now Explosion? I don’t know why I suddenly have the show on my brain, but I do.

Before MTV or YouTube, The Now Explosion (which aired in 1970-71) showed what can only be called music videos with Top 40 songs as the background. The videos did not show the performers, at least I don’t recall any, but instead showed people dancing, often against special effects and outdoor backgrounds.

A Washington, DC TV station was one of a handful that aired the show across the country. In those pre-cable, pre-satellite, pre-streaming days, we could easily receive TV signals from DC at our home in Baltimore, especially after my father had a special rotating antenna (Alliance Tenna Rotor!) installed on top of our house.

I was mesmerized by the show and watched it from start to finish almost every airing. I think the show was four hours long, but I could be mistaken. Anyway, just had to write about the show today.

The 2023 Corvette Z06 will be introduced to the world on October 26th. It was believed, initially, that the car would have been unveiled this summer as a 2022 model year automobile. In case you haven’t noticed, the world has had some disruptions. From the linked Corvette Blogger article: 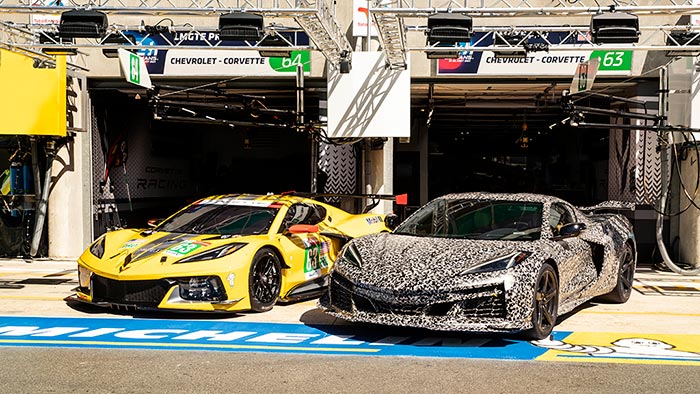 Obviously, the Z06 prototype on the right is in camouflage. The car is rumored to be powered by a flat-plane crank V-8 of 5.5 liters in displacement (about 335 cubic inches) that will have the highest output of any naturally aspirated V-8 in history: 650 HP/600 LB-FT of torque. The engine redline is supposed to be 8500-9000 RPM. It is also supposed to be the first Corvette with active aero, air forms that deploy based on conditions and that do not have to be changed manually.

I think it will be a performance car bargain, but I do not think I will buy one. I have probably purchased my last Corvette and if circumstances ever allow me to do so in the future, then I will buy something like a Studebaker Gran Turismo Hawk as a companion to my Z06, not as a replacement.

These cars were valet parked in front of our hotel one day. Lots of Prancing Horses, to be sure.

The bottom photo is a 1929 Duesenberg Model J, bodied by Murphy. It is the only known surviving example of a Murphy-bodied long wheelbase Duesenberg. It sold, all in, for $2,365,000.

I have almost 5,000 photographs on my iPhone and at least 70% of them are of automobiles. Shocking! <end sarcasm>

10 thoughts on “The Now Explosion”