“It is your business to craft a philosophy of life that makes sense to you and that serves you. You can’t entrust that task to anyone else and you can’t just buy any existing philosophy or religion hook, line, and sinker.” [Emphasis mine]

Once again, I strongly believe that being a blind adherent or a slave to any ideology–political, religious, philosophical–usually leads to bad outcomes and is a waste of our brainpower.

This piece from Hagerty is their first look at the 2022 Cadillac CT4-V Blackwing. The article is full of praise for the car, although to me it reads as if the author thinks the car won’t be successful in the marketplace given the failures of the ATS-V and CTS-V. From the article, a picture: 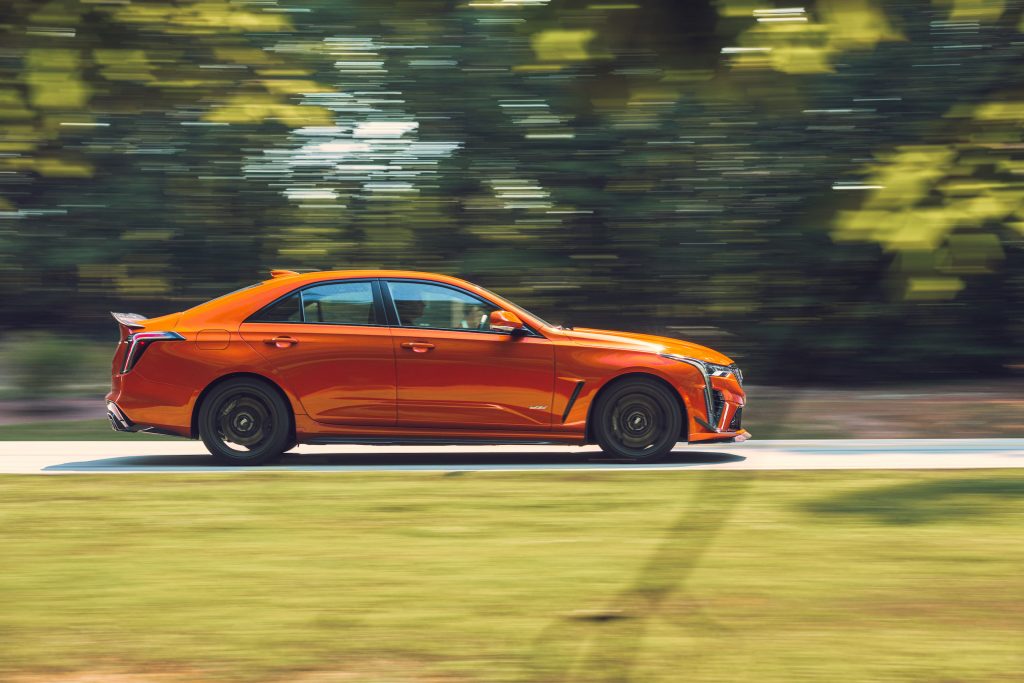 This is the Blackwing V-6 version; the CT-5 Blackwing is the V-8 version with the LT4 engine used in the C7 Z06 and the current Camaro ZL1. Yep, a lot of alpha-numeric gobbledygook.

The CT-4 Blackwing is powered by, basically, the same 3.6 liter V-6 we have in our 2015 Cadillac ATS and rides on the same Alpha platform. Of course, our ATS doesn’t have 472 horsepower because the engine isn’t turbocharged like the Blackwing. Both a six-speed manual and ten-speed automatic transmission will be available.

“On a personal note, your narrator has thought about this thing a significant amount since leaving VIR. [Virginia International Raceway] Mostly in terms of financing and personal credit.

And so here we are, in the twilight of the gasoline performance car, gifted one of the last great fossil-drinkers. One of just a few modern vehicles to prompt deep and emotional thoughts concerning changing times.

Just before we moved on, there were great heights. And boy hell yes, child, it was good.”

To me, this piece reinforces the notion that Cadillac makes and has made good products, but has suffered a seemingly permanent disconnect with most of the car-buying public. I don’t think the switch to electric cars will help Cadillac differentiate itself in the marketplace, either.

This is the Allante of which I recently wrote that is parked in a driveway on our street. This house seems to have a lot of “non-standard” cars parked. I don’t know if the homeowner is a collector, a mechanic or both. I have walked down to the house two or three times, but have never managed to be there while a garage door was open.

Even in White, not a favorite color of mine, the car is beautiful in person to me. I wish I had been able to take a photo before the car “cover” was strapped on.

OK, I’ll stop babbling about this very idiosyncratic favorite of mine. As I tried to convey with the Frugal Friday posts (thanks to David Banner, not his real name), interesting cars don’t have to be expensive.

6 thoughts on “Eight Eight Two One”