Despite a good number of views for yesterday’s post in particular and for the blog in general, only three readers cast votes for the A Or B? post. (It’s not too late to vote, by the way.) Since the post title was not A Or B Or C?, my other probable all-time favorite concept car could not be included. Here is a picture of the DeSoto Adventurer I:

This was legendary auto designer Virgil Exner’s favorite car and according to him Chrysler Corporation almost put it into production. Supposedly, the project remained in concept status because some executives still had memories of the Airflow “fiasco” of the 1930s and, allegedly, Chrysler management was too afraid to go out on an automotive limb. To quote John Greenleaf Whittier for not the first time,

For of all sad words of tongue or pen,
The saddest are these: “It might have been!”

Related to Whittier’s famous line, according to 365 Days Of Motoring, it was on this day in 1937 that the Auburn Automobile Company manufactured its last Cord car. From Wikimedia, a picture of a 1937 Cord 812 supercharged cabriolet: 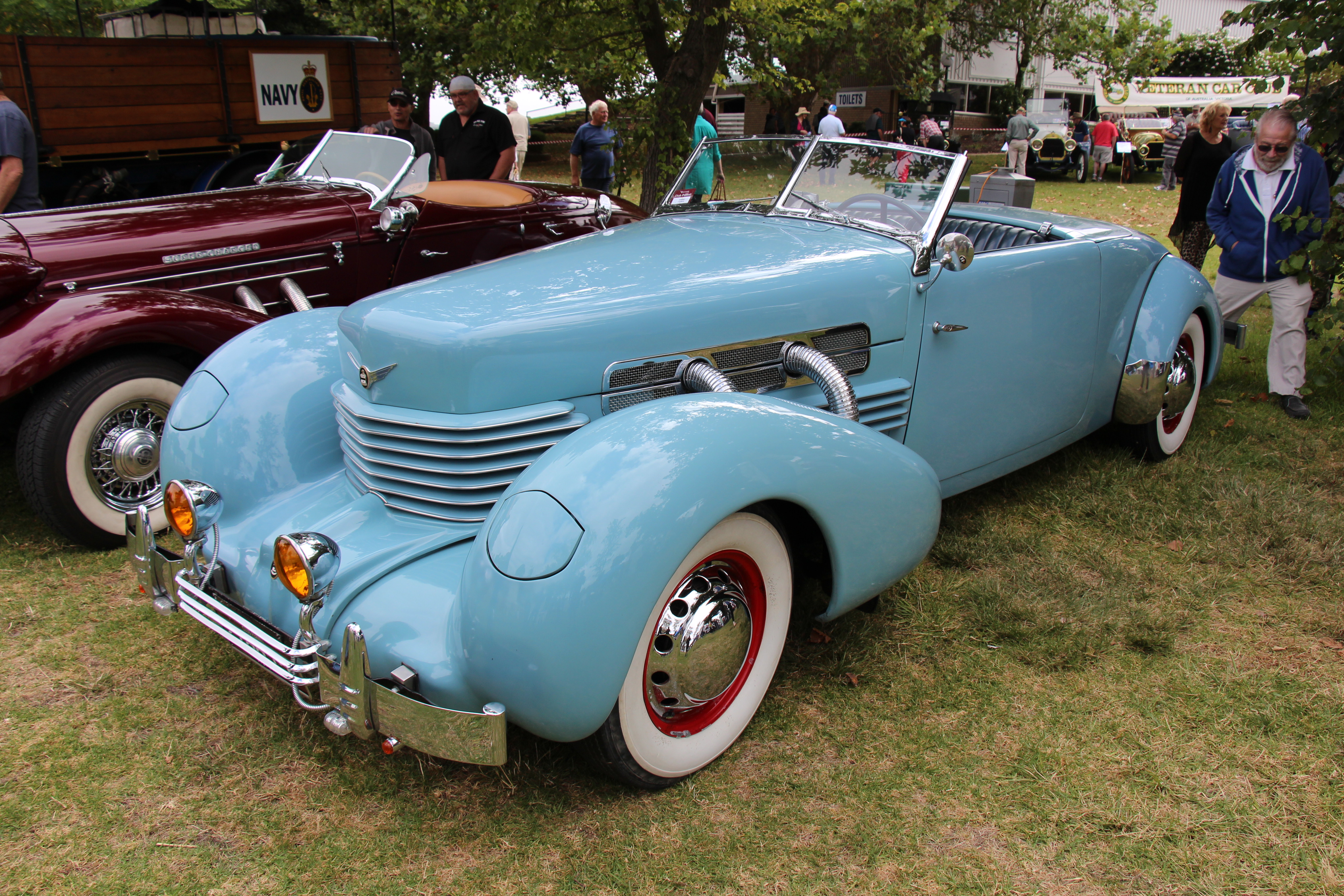 In all honesty, these cars were greater in design than they were in execution. At least initially, the Cord 810/812 had transmission and overheating issues. Those faults are conveniently “forgotten” by the make’s partisans. Still, in design these cars were transcendent.

These were the last front-wheel drive American cars until the 1966 Oldsmobile Toronado. The Cord 810/812 was the first car with hidden headlights and one of the first with a pre-selector transmission. The transmission had four forward gear ratios instead of the usual three, plus Bendix “Electric Hand” preselector. With this, the driver first chose the desired gear via a switch-like lever on an extension of the steering column, then shifted by stabbing the clutch.

The quality issues and the 1937-38 “Recession Within The Great Depression” doomed the Cord and the Auburn Automobile Company, which also included Duesenberg. It might have been, indeed.