Sow the wind and reap the whirlwind. I hope Ben & Jerry’s is destroyed by a whirlwind!

Speaking of religion, and somewhat ironically, this article is called, “Christianity and religion in general are dying in America…” The piece reports on a study released by a religious organization called the Barna group and an excerpt from the piece is, “If the Barna group raises red flags about the decline of religion in America, you can bet they’re not making it up.”

The first data point shown was the most significant, in my opinion: “First, we have a rise of what both pieces call the “don’ts” in America, a term roughly equivalent to the “nones.” These are, according to Barna, ‘people who say they don’t know, don’t care, or don’t believe that God exists.’ This proportion rose from 10% of all Americans in 1991 to 34% this year.”

I don’t want to speak for religious people, since I am not one, but I suspect some would blame much of the world’s evil on the dramatic increase in lack of “belief.” To me, evil and chaos have existed since the beginning of time, but now we have a 24/7 news cycle, thousands of news “sources” and, worst of all, “social media.” Sex sells, but so does evil.

By the way, my attachment to the Jewish people is one of shared history and culture, not religious practice. When one grows up as the child of Jewish Holocaust survivors, I think that’s a natural outcome.

I found this ten-year old article from Psychology Today titled, “Popular Culture: Reality TV Is NOT Reality.” Despite its age, the piece is still very relevant, obviously. Here is the key paragraph, IMO:

“Reality TV promotes the worst values and qualities in people–and disguises them all as entertainment. Reality TV has made the Seven Deadly Sins–pride, avarice, envy, wrath, lust, gluttony, and sloth-attributes to be admired. Throw in selfishness, deceit, spite, and vengeance–all qualities seen routinely on reality TV–and you have the personification of the worst kind of person on Earth. Reality TV makes heroic decidedly unheroic values, characters, and behavior.”

I have often written that so-called Reality TV is nothing of the sort, anyway. Almost without exception, the TV camera in these “shows” is not an unobtrusive observer of real life, of something that would exist with or without the camera. Most of these shows were created for TV. The participants are acutely aware they are being filmed, are encouraged by the producers to act as outrageously as possible and then the footage is edited to maximize the “tension.”

What the genre should be called is Cheap TV. The production company doesn’t have to hire expensive talent and writers, so even if the shows don’t get great ratings, they can still make money. It is show business. Of course, I believe the term Cheap TV can also be used as in this definition, Cheap: Inexpensive because of inferior quality.

This Hagerty article is titled, “2021 is shaping up to be the best year, ever, for collector car auctions.” The piece shows a chart, which I was unable to share here, that displays the annual totals for auction sales in North America since 2014 with the 2021 projection–based on results so far this year–exceeding the 2018 “peak” by about 20 percent.

Interestingly, but not surprisingly, it is the increase in online auctions that is powering much of the overall increase. Online auctions were not really a factor as recently as five years ago, but based on the chart, and my admittedly unscientific method of measuring it, online auctions will account for almost half of all auction sales this year. Again, it’s the auction business. Online auctions have so much less overhead than traditional ones. Of course, people have grown very comfortable buying anything and everything over the Internet.

Here is the picture at the beginning of the Hagerty piece: 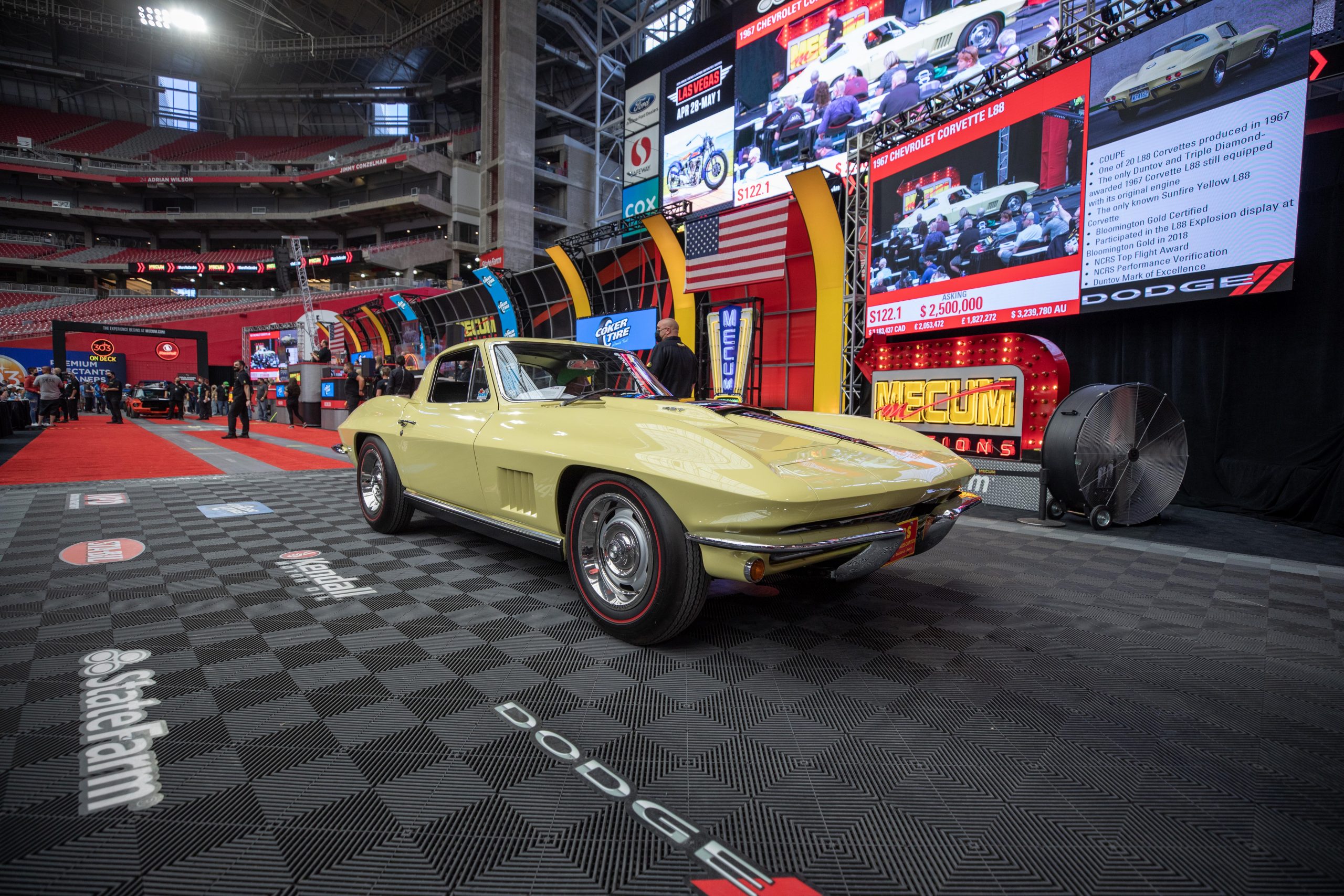 Dependent on family circumstances, my wonderful wife and I have plans to attend the Mecum auction next month. I have bid on cars using both online and in-person auctions, although the online bids were not too serious. We very much enjoy attending, but it’s not an inexpensive endeavor. Having many auctions here in Arizona will enable us to attend more of them, obviously. It will be nice not having to pay for airfare and lodging.

As always, I welcome your thoughts on today’s post or other topics of interest to you.