On this day in 1922 my marvelous mom was born. For those of you who don’t know me, you will now have an idea what I look like.

I wasn’t going to show this photo until next July 15th, but who knows what will be happening then.

I used to call her Mamaleh, Yiddish for “Little Mother.” Some pronounce it Mamalah.

She used to call me Tataleh, Yiddish for “Little Father.” She often said I reminded her of her father, my grandfather. Americans take relationships with their grandparents for granted, but I never knew any of mine. They all died during World War II.

In fact, my existence is a very low probability event. My mother and her parents fled their Polish village (shtetl) mere days before the burned it to the ground. My mother said her father’s intelligence saved their lives as he knew what was happening and what would happen if they had stayed.

Of course, my father watched his family murdered by troops. You don’t want to know how he survived. Like I wrote, it’s basically a fluke that I am even here.

This is the 18th birthday that my mother has missed. Sad and most sobering is the reality that she will miss every birthday for the rest of time. Not to put too fine a point on it, but that will be everyone’s fate, eventually.

I am sometimes guilty of wallowing in self-pity as my life lacks the level of engagement I enjoyed for many years. We are all products of expectations and the status quo. In comparison to what my parents experienced, many of the “problems” faced by Americans are not problems, at all. I guess that applies to me, too.

In 1922, American car production rose sharply from less than 1.5 million in 1921 to almost 2.3 million. A brief, but severe recession affected most of the world from 1920 through mid-1921. I won’t bore you with economic data.

Of course, the Ford Model T was the most popular car in the US in 1922 with more than 1.1 million units sold. Obviously, that means the Model T accounted for about half of all cars sold in America.

What was the number two make? It was Dodge, which edged out Chevrolet. At this point, Dodge was not part of Chrysler Corporation. At this point, Walter Chrysler had just acquired a controlling interest in the Maxwell Motor Company and the business that still bears his name was still a few years in the future.

According to the great work, standard catalog of® of American Cars, 1805-1942, Dodge had two series of cars in 1922 and no separate production breakout exists by model. The best laid plans of mice and men…I had intended to show a photograph of the best-selling Dodge model for 1922. So, from Old Cars Weekly a picture of a 1922 Dodge roadster: 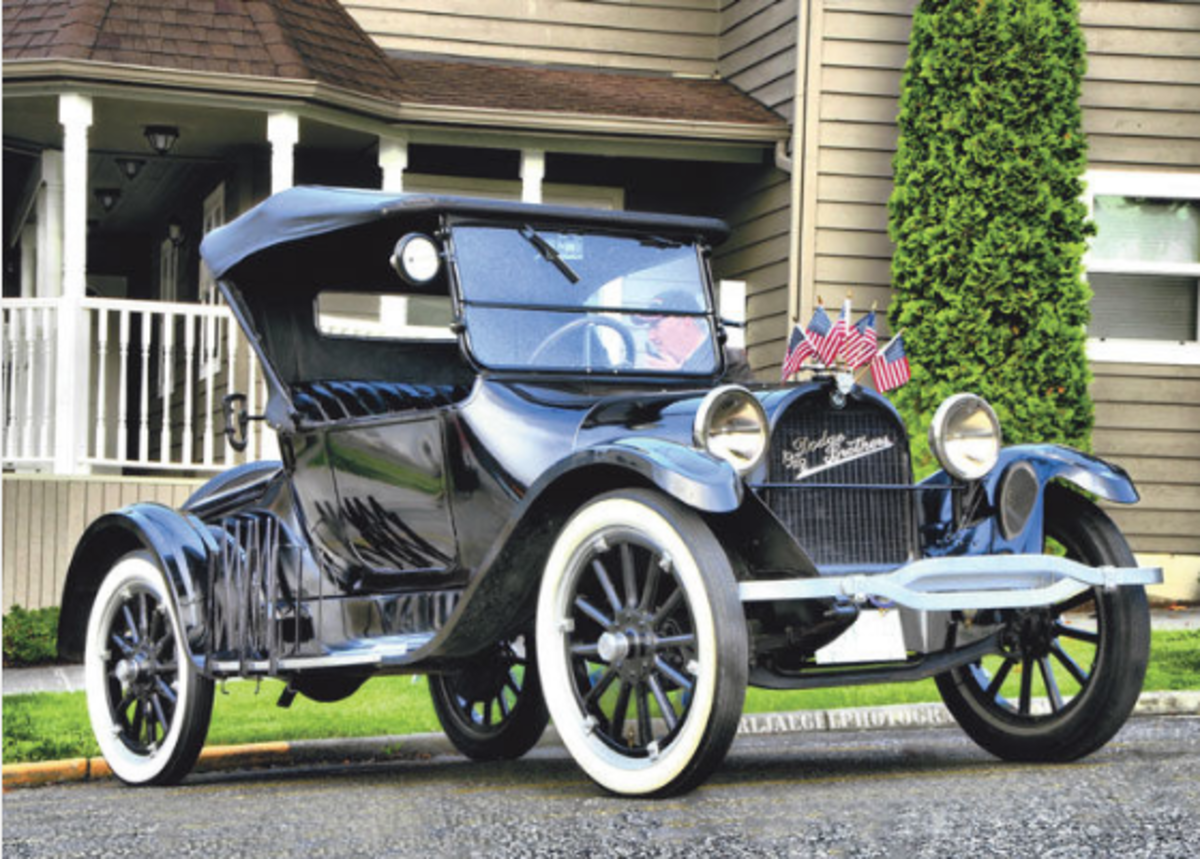 For 1922 Dodge automobiles were powered by an L-head inline 4-cylinder engine displacing 212 cubic inches and producing…wait for it…24 horsepower. Bumpers, both front and rear, were optional. The cars had two-wheel mechanical brakes. The Series 1 roadster was priced at $935, the Series 2 at $850. In 1921 Dodge priced its roadster at $1,235 and the reduction in price for 1922 was caused by the severe recession, which was quite deflationary. The Series 1 price for 1922 “converts” to about $15,000 in 2021 dollars.