If you are not a fan of the National Football League (NFL), then I suggest you skip this part of today’s post.

John Turney and Nick Webster of the Professional Football Researchers Association (PFRA)–yes, such an organization exists–have been compiling individual sack figures as far back as 1960, based upon review of official play-by-plays, watching game film, photographs and coaches’ stats. Pro Football Reference has recently added this information to their database.

Here is the new, albeit “unofficial” leaderboard in career sacks:

It is no surprise that the late, great Deacon Jones has vaulted to #3 all-time. While he never amassed the 27 sacks in a season for which he has unofficially been given credit by some sources, he did have three seasons with 20+ sacks and led the NFL five times in the six years between 1964 and 1969. Remember that Jones only played 14 games a season unlike the 16-game season the NFL played from 1978 to 2020. (Of course, the NFL will play a 17-game season beginning in 2021, no doubt on its way to the eventual expansion to 18 games. More games for TV mean more TV dollars.) From the four-letter TV sports network, a picture of Deacon Jones. 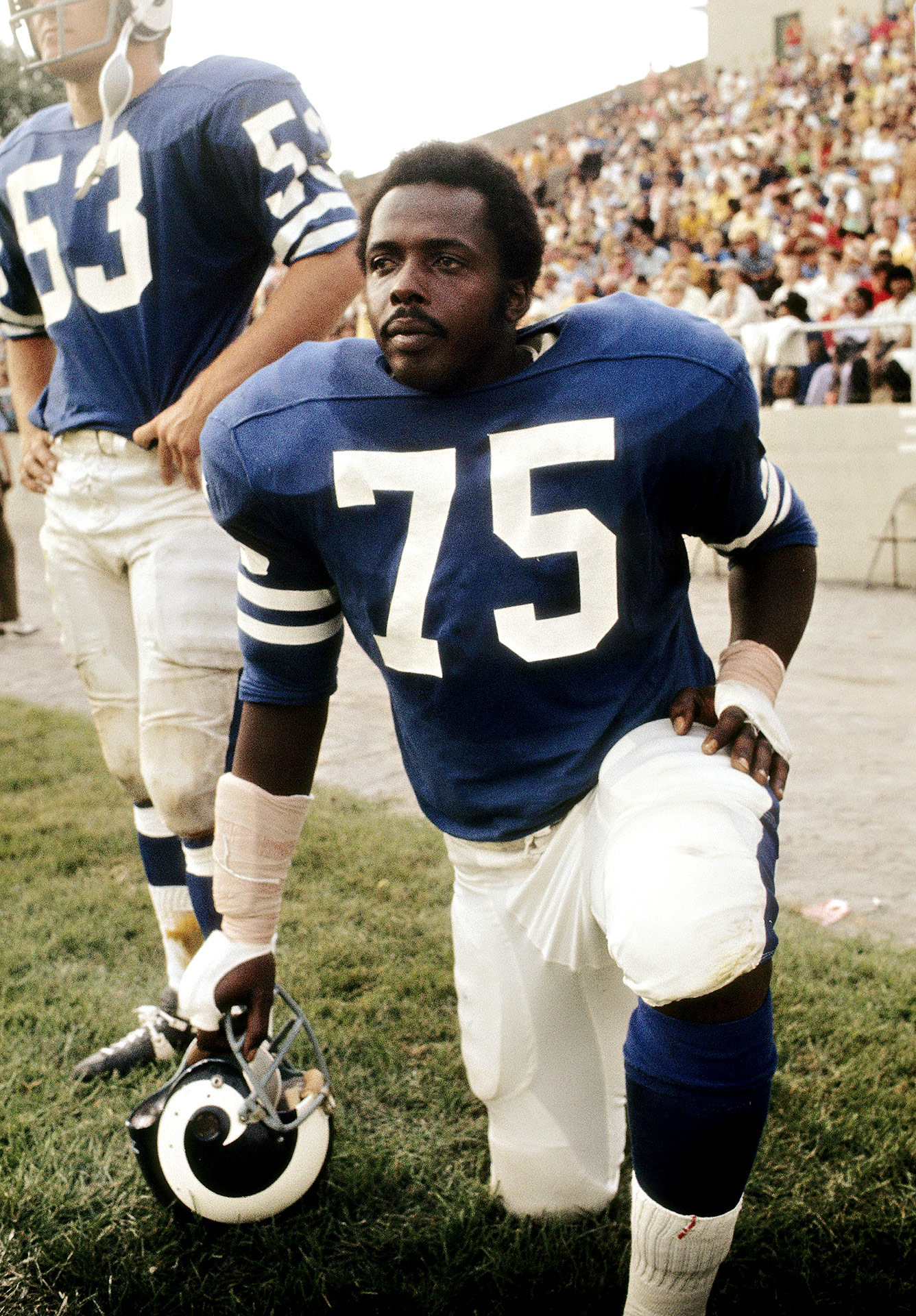 It is good to see Hall of Famer Jack Youngblood get recognition. He played in Super Bowl 14 with a fractured left fibula. The accomplishments of Alan Page, the only pure defensive player to ever be named MVP, are also embellished by the addition of this data.

Here is the new and “unofficial” single-season leaderboard:

Michael Strahan’s official “record” is somewhat controversial in that it appeared Brett Favre took himself to the ground with Strahan as the nearest defender in the last game of the 2001 season to give the latter the “record.” Of course, this data lists Al “Bubba” Baker as the all-time single-season sack leader with 23 in his rookie season of 1978.

I may write more about this in the next couple of days.

Statistics tell us that “bad” people must buy lottery tickets and, by extension, “bad” people must sometimes win millions in the lottery. I think whatever reporting has existed on lottery winners is how they are targeted by criminals or go bankrupt not long after their win.

I think these people probably see a lottery win as positive reinforcement for their behavior, which only makes it worse. I grant you that is an opinion unsubstantiated by research.

Do any of you have any thoughts on this topic?

Dr. Ashish Jha, dean of Brown University’s School of Public Health, recently remarked, “Let me tell you where we are: the data is very clear, if you’ve gotten your two shots of Moderna or Pfizer or single shot of J&J, you have a very high level of protection against all variants, including delta. I have not seen any evidence, so far, that anybody needs a third shot.”

Conversely, Dr. Kavita Patel, former director of policy for the Office of Intergovernmental Affairs and Public Engagement, recently said, “With the threat of the delta variant and potentially other looming variants in the future, it seems like it’s an inevitability that we’re going to need a booster shot.” To be clear, she didn’t say that anyone needs a booster right now.

I think it’s great when qualified people, like physicians, speak about public issues. In my opinion, the somewhat conflicting remarks are simply a manifestation that we are dealing with a pathogen never before seen in widespread numbers among humans.

However, this type of “contradiction” adds to the hesitancy of people on the fence about getting vaccinated, IMO. Obviously, people like Jha and Patel–far more qualified than politicians or entertainers to speak on this topic–are entitled to express their opinions. It does show, though, that science is not always black and white. Sometimes, it’s shadow and shade.

8 thoughts on “Sacks Away!”