Yesterday, we received some much needed rain. I don’t know if forecasting in the desert is especially difficult, but the forecasts here seem to be wrong quite a bit.

On Tuesday morning, the probability of precipitation for Wednesday was pegged at only about 20 percent. Even at 5 AM on Wednesday, it was only shown at about 30 percent. Well, it rained for most of the period between 7 AM and 2 PM. It was the best type of rain we could have received in that it was steady, but never really heavy. Let’s see if this works:

Another weather prediction that was incorrect was the daytime high, not surprising given the miss in terms of precipitation. Forecast to be in the mid-90s, this is where temperatures sat for most of yesterday afternoon:

That picture was taken at about 2 PM on our way back from a lunch run. When the rain ended and the sun returned, the temperature did break into the 80s, but never close to the 90s. Here is a more scenic photo:

The evening provided this view that I thought was amazing:

Obviously, the lack of tall trees makes capturing scenes like this easier, but I also think they are more common here than in the mid-Atlantic.

The car collector market has taken off as the damn virus has receded in many, but not all, places. (Vaccines work!) This article reports on the RM Sotheby’s automobile auction held in Italy last week. Yes, Sotheby’s is a high-end auctioneer, but the results from recent Barrett-Jackson and Mecum auctions in the US tell the same tale: people want to buy collector cars, maybe more now than ever before.

The Sotheby’s auction offered only 19 lots, but the average sale–converted to US dollars from Euros–was over $1,000,000. The median sale was about $660,000. I wish I could show pictures of the lots offered, but the blog author, apparently, is not at liberty to share them anywhere but his site. From Hagerty’s comes a picture of a car like one offered in Italy, a 1950 Cisitalia 202 SC Cabriolet: 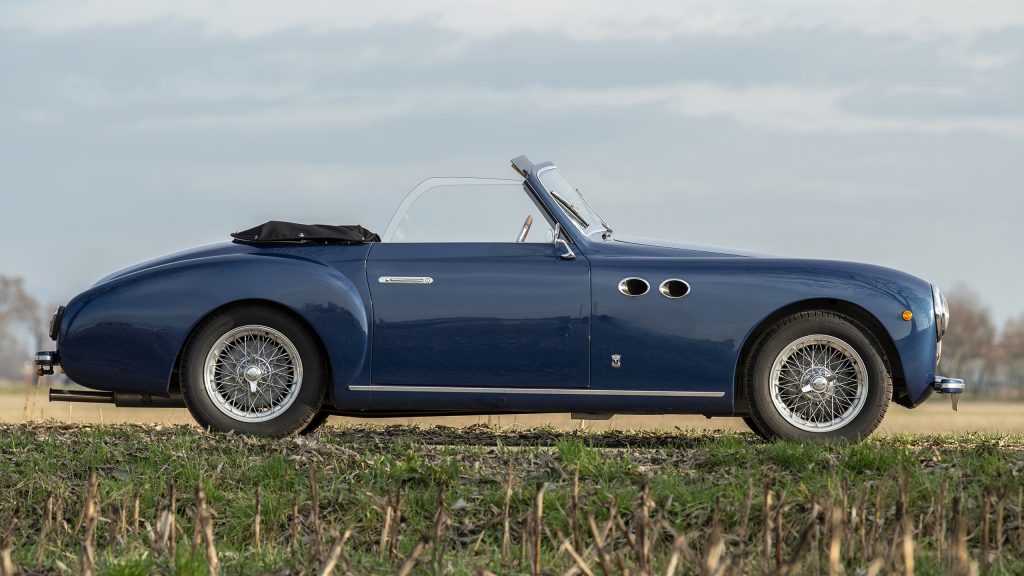 The Sotheby’s lot sold for about $370,000 all in including commission. A Cisitalia 202 (although I think it is a coupe) is still part of the collection at the Museum of Modern Art (MOMA) in New York. In my opinion, the design is timeless and still fresh.

Italian automotive design is just in a league of its own. I won’t show the Alfa Romeo 4C again, but a car like that would not and could not have come from anywhere else.