Yesterday, the US Supreme Court, in the words of Andrew Brandt, “took a torch to the NCAA’s stance on amateurism and the ‘way things have always been done.'” In a unanimous ruling, the Court said that limits on education-related benefits for student-athletes were a violation of antitrust law. Paul Finebaum, king of the SEC airwaves and a very intelligent person, said, “This is the end of the NCAA as we know it. The funeral hasn’t happened yet…but it’s OVER for the NCAA.”

Yes, the ruling was unanimous. Whatever happened to the misguided wailing about a Supreme Court that would forever be ideologically divided and the bullsh*t plan to add justices? Most things said by people who are blinded by ideology are wrong. Actually, the history of the Supreme Court tells us that justices often do not vote the way in which they were expected when appointed.

Here is an excerpt from the opinion written by Justice Kavanaugh,

Sounds to me like he is almost begging someone to sue the NCAA for compensation for student-athletes and signaling how he would likely vote. If head football coaches can be paid $9 million a year, like Alabama’s Nick Saban and Clemson’s Dabo Swinney, then players can and should be paid.

Some have criticized the idea of paying players in the sports that bring in all of the revenue because that would mean the end of other collegiate sports. My answer is, so?! If mens cross country or womens field hockey are no longer offered at the intercollegiate level, so what? No one has a right, constitutional or otherwise, that their sport must be offered in college.

I think it’s inevitable that college football and basketball players will be paid. In my opinion, the bulk of those earnings should be held in escrow until the player uses up his eligibility or otherwise leaves the school. Perhaps the amount would increase depending on how long the player stays. Players should also receive financial education.

When free agency came to baseball the owners said that would be the end of the sport. Well, the ruling that paved the way for free agency was made in December, 1975. As far as I can tell, major league baseball is still being played. College sports will survive paying players. The proposed expansion of the College Football Playoff will literally add billions of dollars in revenue every year. I think some of that can be shared with the players who make it possible. The charade of amateurism in an endeavor that generates billions in revenue will and should come to an end.

This is my kind of Fiero. 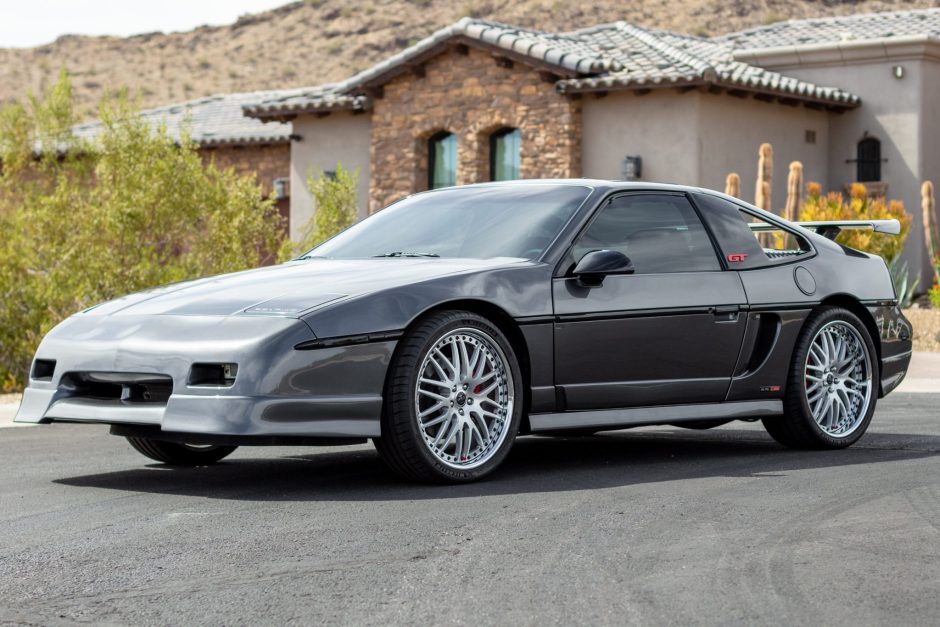 This picture link will probably break shortly, but this is a 1987 Pontiac Fiero fitted with a 5.3 liter LS4 V-8 engine. The engine is mated to a four-speed automatic transaxle. While I think the wheels are a tad too large for the size of the car, I think the car looks sharp.

The car was bid to $15,500 on Bring A Trailer on June 20, but didn’t sell. Since Fieros like this are very rare, this car will not appear in my Ultimate Garage 3.0, if it is published. I sure like it, though.

8 thoughts on “The End Of The Charade”