No, not mine. David Banner (not his real name) has graciously and courageously taken the plunge and sent me his Ultimate Garage 3.0. He’s even provided reasons for each selection, which I am not really capable of doing.

His list skews modern, German, and electric. This list is not my cup of tea for the most part, but Different Strokes For Different Folks, or DSFDF. Without further ado:

First up. The Bentayga. You get three cars for the price of one: an SUV, a ultra-luxury car, and a sports car. There’s one for sale for $170,000 near me. I saw one last Saturday as my wife and I were leaving IHOP. I could see going to IHOP on a weekend in one!

Porsche Taycan S. I don’t trust Elon Musk, and now that he’s screwed my DogeCoin investment, I’ll have to buy something other than a Tesla. Yes this will be my second luxury car/sports car, but with a twist; I can go around town without burning gas. So you get a luxury/sports car that won’t use gas for a significant amount of my usual drives-McD’s for breakfast, supermarket for groceries, liquor store for lottery tickets.

Ford F150 Lightning. Someone’s going to have to support Ford in this endeavor. I have my doubts this will replace the ICE version, and I’m not a truck guy, but I’m about to become a grandfather and anything I can do to cut carbon emissions is worth it. Of course having seven cars doesn’t help reduce emissions, but this is my fantasy. It also means I’m three for three with the luxury car/SUV/sports car theme with the fully loaded version of the Lightning.

C8 Corvette. Pound for pound the best car on the planet IMHO. The first time I saw one in person I swooned. Supercar in every way except you don’t have to pee your pants when you take it out for tacos, like I imagined the guy with the McLaren I saw a few weeks ago must have done.

Porsche 9114SC. This is the wife’s car. She can’t stop talking about wanting one, and she has the proceeds from a property sale burning in her pocket. It would be a ragtop, as her current car is, and her previous car was. It would have to be all wheel drive and automatic. She drives like a bat out of hell; on one trip where she was driving, I had my eyes closed for 40% of the time. What mama wants, mama gets.

Datsun 280Z and Porsche 928S. A famous line from “Silence of the Lambs” is “We covet what we first see.” I remember a family friend and a close friend from high school having the Z and the 928 respectively. My first car was a Toyota Corolla. Both of these cars will take me back to my innocence; well at least back to my teenage years.

Volvo XC 90 plug in. In short order I will be a granddad. I cannot see getting Cheerios or breast milk on the seats of the Bentayga or the Taycan. The 280Z, the 928, and the Jag are out-at least until she’s four. Since her parents live in the city, the F-150 may be a pain to get around in. No room for a car seat in Nana’s 911 or PoppaDoc’s C8. So an everyday driver would be needed. And since we need a car that can get to her in rain, sleet, or snow, and carry all her junk, a Volvo it is. And since she’s only 14 miles away, why not have the local utility or the sun get me there.

There you have it, my ultimate garage.

A couple of photos: 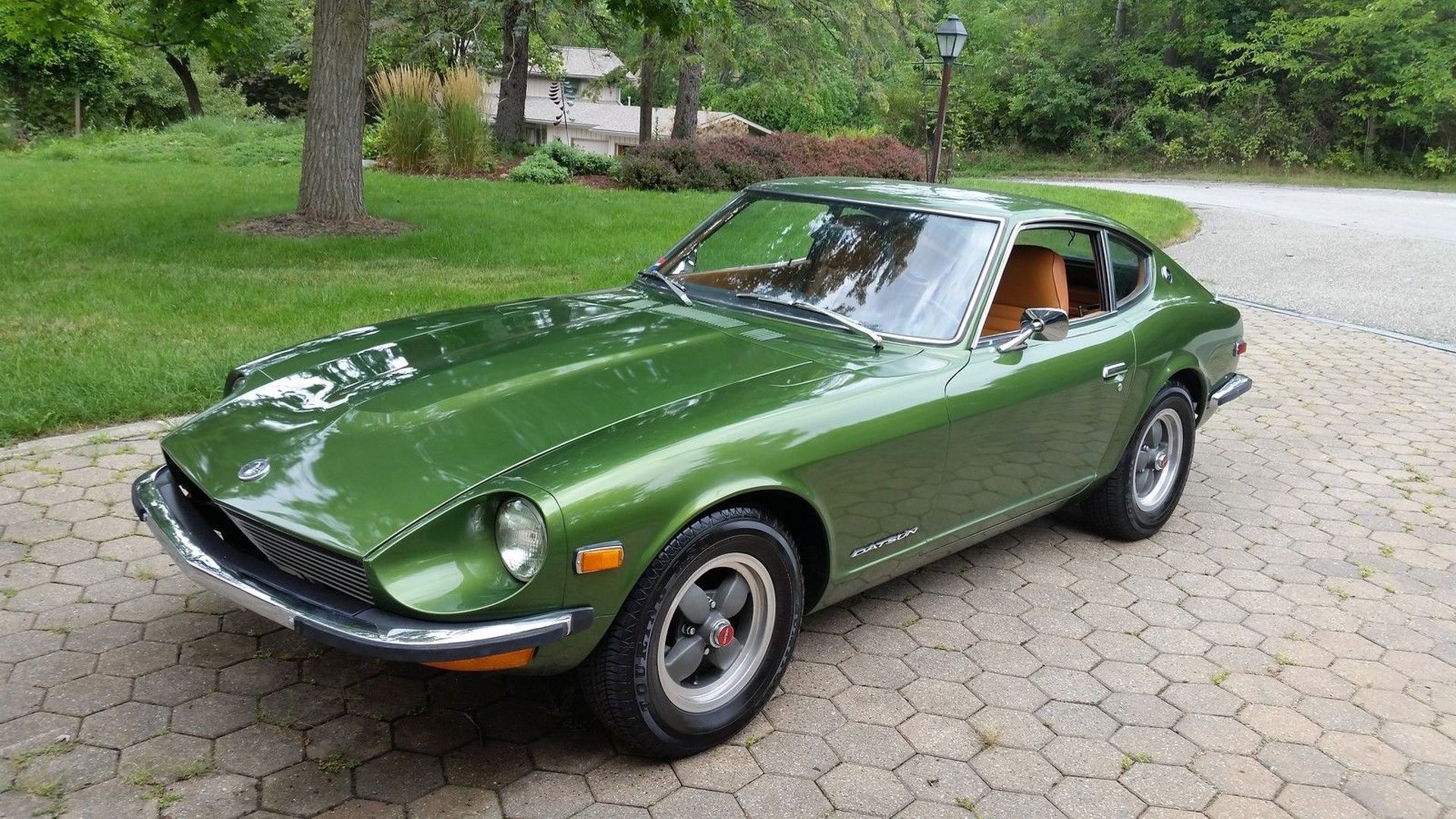 I took the top picture; the bottom is from an Australian automotive website. Many thanks to David Banner (not his real name) for being the first reader to submit an Ultimate Garage. Even if I don’t publish my 3.0, I would still like to show yours.