Two hours after the HVAC tech left yesterday, the new system stopped pushing air through the vents upstairs. I know next to nothing about HVAC systems, but it sounds to me like something fails when the operating temperature reaches a certain level.

We tried an experiment last night. We shut the system down for over an hour. When we turned it back on cold air came out of the vents, but only for about an hour.

We had rain in our area last night, which cooled everything down, so even though we left the system on hoping for a “failure” it didn’t run. If a tech arrives today, I hope I get some lead time so I can set the thermostat to a temperature where it will run before he arrives and, maybe, the system will fail while or before he gets here.

It is only when machines fail that they remind us how powerful they are.

Postscript: because we have two HVAC systems we are given lower priority than a house with one system that is not working in terms of scheduling repairs. I understand that, but since the system that is failing in our house is a brand new one, I have to wonder about that prioritization.

The first picture is not by me and not from here, the rest are:

On this day in 1906 Louis Henry Perlman applied for a patent for his invention of the de-mountable tire-carrying rim, similar to those used on today’s cars. From 365 Days Of Motoring (still not a secure website), more of this story:

The patent was issued 4 February 1913 (U.S. No. 1,052,270). Perlman’s innovation made possible the spare tire. Perlman was then bankrolled by William C. Durant, the founder of General Motors, to create the Perlman Rim Corporation, which soon manufactured tire assemblies for more than 1.5 million cars annually. (Perlman would also receive a new GM car every year; he stored his autos in a lengthy barn extension at his home in Montrose, New York.)

Perlman was born in Kovno, Russia in 1861; his father was a rabbi who eventually founded congregations in St. Louis, Cincinnati and Charleston, SC. Perlman was a graduate of City College and a co-founder of the Pictorial Associated Press, the first news agency to syndicate images and photos to newspapers. He had to defend his tire patent against infringement for years, and then lost his entire fortune in the 1929 stock market crash.

According to Perlman’s great-grandson, Louis Henry was given $3 million directly (in cash and GM stock) by General Motors and Durant, along with other private investors, gave Perlman the seed money to create his corporation. He also received a large payment in 1916 from another company ordered by a federal appeals court for patent infringement.

His great-grandson says Perlman lost most, not all, of his money in the stock market crash, but never again had anywhere near the wealth he had before. From the article by his great-grandson, a picture of Louis Henry Perlman: 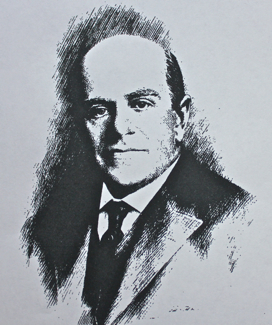 Fewer than 60 days remain until I take my Z06 into the shop for more upgrades. On a sort of related note…would you trust a company selling C7 ZR-1 lookalike wheels for $1,500 a set when “real” ones cost $5,000?

I found a company that sells such “knock-offs” for $1,500. They don’t claim they are genuine GM wheels and the ZR-1 logo does not appear anywhere. The wheels come with a lifetime warranty except a two-year warranty for finish. Although the company claims to have them in Chrome, when I selected that option here is the picture displayed: 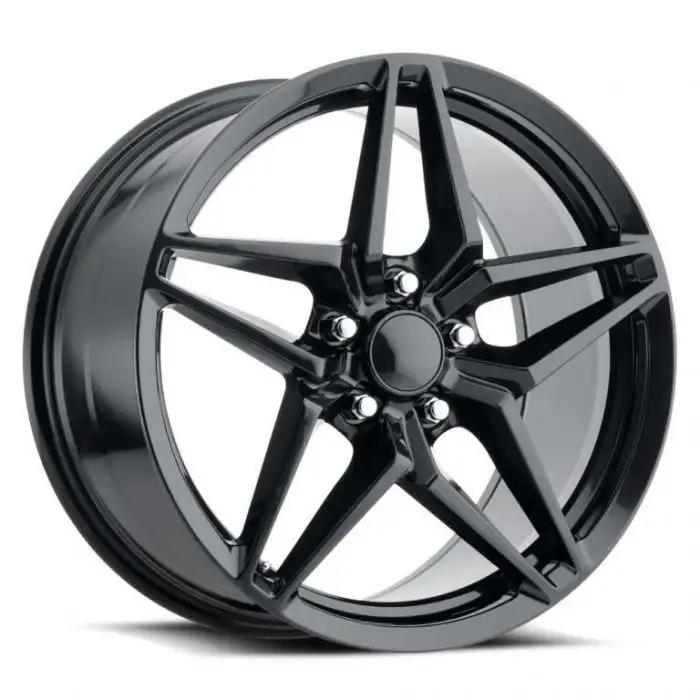 Should that make me nervous? I guess I can just call the company to confirm availability. Oh, the chrome wheels cost more than the black ones. Are black wheels losing their appeal? Am I nuts to consider buying wheels for the “wrong” Corvette for my car?

My answer: Carpe Diem! Nos non fides cras! (Seize the day! We are not guaranteed tomorrow!)