Despite not winning the Mega Millions lottery yesterday, I am at least 90% certain that my wonderful wife and I have a net worth that places us at least in the 90th percentile among US households. I am 100% certain, however, that we are not in the 99th percentile.

That state of affairs is fine with us although, of course, we would like to be in the top one percent; that’s one reason we play the lottery. However, I do not begrudge people who are wealthier than I am. As I have written many times, I feel very strongly that being resentful and envious of people who are wealthier is not a sound basis for public policy.

Where we live, though, we see evidence of many people who may indeed be in the top one percent. Consider this car, for example, that is available for sale not far from where we live and is just one of dozens, if not hundreds, of luxury cars available at this complex: 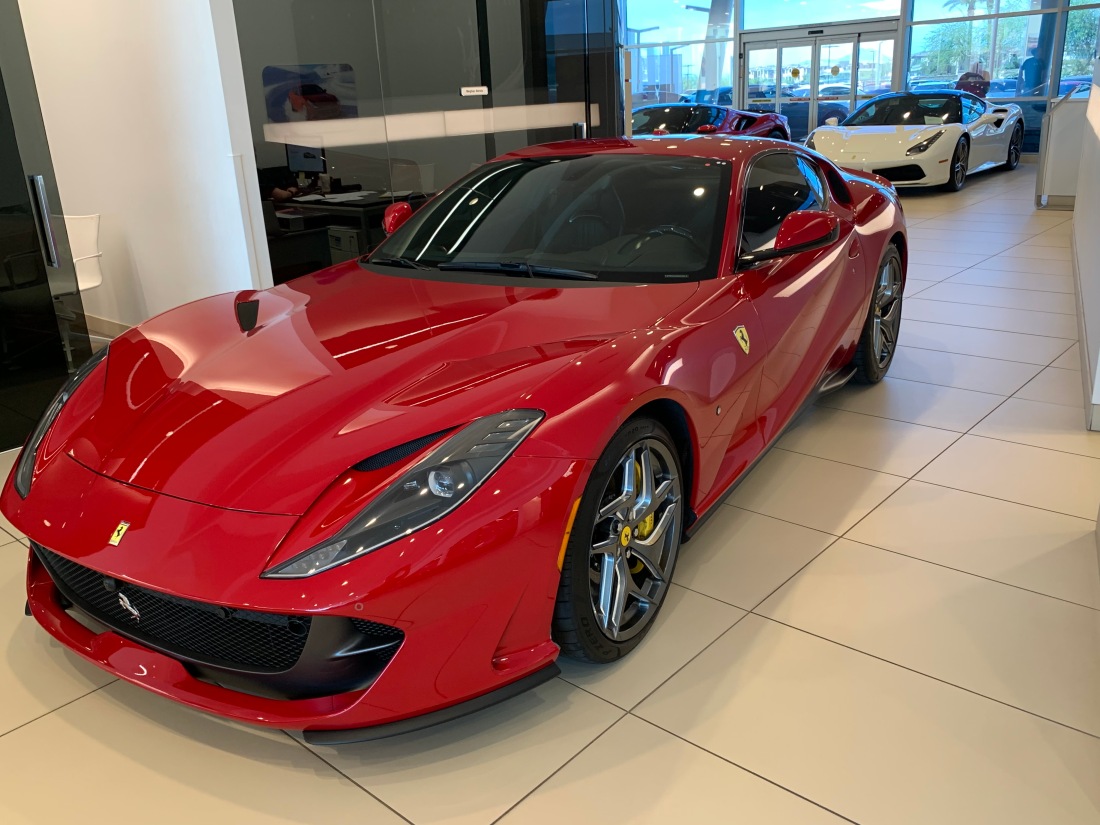 That is a Ferrari 812 Superfast available for purchase at the Ferrari dealer in this complex of Lamborghini, Bentley, Aston-Martin, Rolls-Royce, Maserati, etc. While the seven-figure cars usually take awhile to be sold, the other cars are moved with surprising speed. For example, all eight Maserati MC20s that were available at the Maserati dealer have been sold, supposedly, before the cars were even on the lot. The MC20 is roughly a quarter of a million dollars.

Someone is buying cars of this genre because we see them driving everywhere. It is not an exaggeration to say that I see more interesting cars in 4-5 days here than I would have seen in a year in the mid-Atlantic.

This past weekend my wonderful wife and I went to an open house, of sorts, in an exclusive, gated golf community, which again, is not far from where we live. The house we saw was huge: about 10,000 square feet in the main house plus a 1,000 square foot casita. I wish I had taken pictures.

Of all of the amazing things in the house, the one that stood out to me was the two-level, seven-car garage, of course. The garage had a lift so four cars could be parked inside the house, basically, and the other three in the traditional garage space.

We were far from the only people looking at this house and it seemed to me that some of those looking were seriously considering buying it. What do they say? If you have to ask how much then you can’t afford it. How about $7 million…of course, the house would come fully furnished with everything that is currently in the property. No, we can’t really afford a $7 million house. Again, next to the lap of luxury.

Combine people who have college degrees with time to amass wealth and voila!, a community that drives Ferraris and buys seven-figure houses. Again, nothing wrong with that in my book.

8 thoughts on “Next To The Lap Of Luxury”