Thanks to all of those who read Disaffected Musings yesterday, which had the highest number of views/visitors in a day for at least a month. Without paying for Guck Foogle analytics, I only have access to daily data for the last 30 days. The blog had an unusually high number of referrals from search engines and it was the main blog link that seemed to receive most of those views.

May started slowly in terms of blog views and visitors, but has rebounded to basically catch the daily average for April. Still, average daily views for April were 16% lower than the average of the previous six months. Once again, if you like this blog please tell your friends and share the URL, please “like” posts and submit thoughtful comments and please feel free to click on any ad in which you have genuine interest.

I was going to write about how this day in 1991 (30 years ago!) was the last day of production for the Buick Reatta. Well, either today or May 10, close enough. Yes, I have mentioned the Reatta probably far too often for all of you except for its most diehard fans, of which I am probably numero uno. Still, given I have mentioned this car 15 times in this blog–yes, I checked; the Reatta has been mentioned in 15 blog posts–that’s barely one percent of the nearly 1,100 posts I have written. So, one more’s not going to hurt. 😉 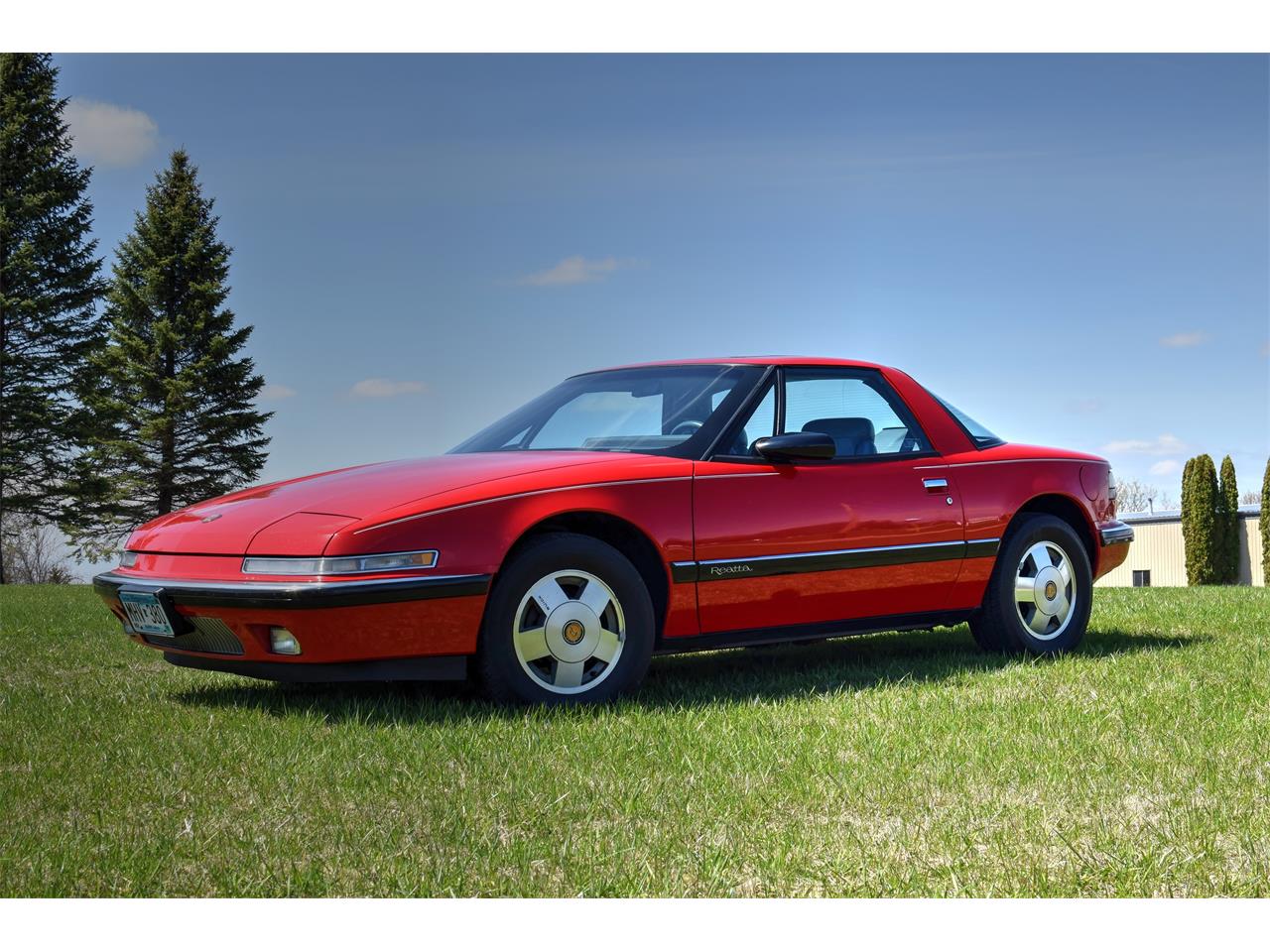 From Classic Cars a picture of a 1989 Buick Reatta. I found this interesting article by Eric Peters about the Reatta and its demise. Here is the beginning of the piece:

“Did you know that Buick once made a sporty little two-seater? With pop-up headlights, even — just like a Corvette?

It’s not well known, probably because Buick only made it for not quite three years, from January of 1988 through the spring of 1991 — making it one of the shortest-lived and so least remembered cars GM ever made. [Yes, Peters’ math is a little off.]

But that doesn’t make it a forgettable car.

Arguably, it was a beautiful car. But it was a poorly timed and probably too-small (for Buick) car.”

Peters thinks the car was a failure, in large part, because it didn’t give traditional Buick buyers what they wanted: room. Buick was trying to appeal to a younger demographic, but failed. Sound familiar?

Ed Welburn, former General Motors Vice-President of Global Design, liked to say that if two cars had equal technologies, then the better looking car would win. Although I am quite enamored with the looks of the Reatta, to me its failure in the marketplace is a sign that, among other things, the American car-buying public did not like the looks of the car. Once again, from Peters’ article:

“But it wasn’t an easy fit — as the downsized E-Body chassis was angular — in keeping with the boxy shapes then popular — while the Reatta penned by the GM Design Studio was gently curvaceous. The then-head of the Design Studio, David North, said, “We had a cartoon in the studio that illustrated our dilemma … it showed a [top view] plan of the rectangular chassis with this almost circular car on it,” with four corners where the frame stuck out beyond the body. “They couldn’t modify the chassis, and it wouldn’t fit under the body. Everyone said, ‘It’s never going to work.’ ”

Different strokes for different folks…I don’t know if or when I will buy another car, and I don’t know what I will buy if/when I do, but a Buick Reatta would certainly be on the short list. What can I say? The heart wants what it wants.

3 thoughts on “Five One Four Two One”