I was originally going to call this post “Tuesday Toes” because I was going to apologize, sort of, for writing something that would step on many people’s toes. Welcome to life over 60; I have forgotten what I was supposed to write. Anyway, I like the title.

This article by Jake Novak is about a year old, but still relevant, IMO. He makes a strong case against Universal Basic Income (UBI). Here are some excerpts:

“As the fog starts to clear from the first months of the COVID-19 crisis, at least one of America’s leading policy debates no longer needs to be debated at all. That’s because it should be clear to everyone now that the Universal Basic Income (UBI) idea is still a very bad, no good, terrible idea.

For millions of Americans still shut in at home and shut out of work, this is painfully obvious. The coronavirus lockdown has proven once and for all that cash payments can’t hold a candle to a purpose-driven life…

Of course, this also leads us back to the paramount need for more job opportunities to fill an economic and emotional void even in the worst of times. If cash handouts of X amount don’t to spur the economy and create enough jobs in times of crisis, than handouts in the amount of X + X won’t either. Something else is required.

Jobs have a funny way of bringing both cash into a person’s pocket and a feeling of self-worth into a person’s soul. FDR understood this well, and that was why his administration’s jobs programs didn’t worry too much about whether the jobs it was handing out were really essential at the time. That doesn’t mean Roosevelt’s macroeconomic response to the Great Depression was sound, because it generally wasn’t. But even scholars like Amity Shlaes, who have expertly critiqued the New Deal, can’t deny the priceless emotional boost FDR gave the country by putting people to some kind of work and giving them that daily purpose…”

Giving people incentive not to work will create a country where millions, and I mean literally millions, of people will decide not to work. Very few people always do the “right” thing and very few always do the “wrong” thing; most people respond to incentives and to disincentives. By the way, I agree and have written that for many/most people a job is not just about the income, but about having a purpose and some structure.

I suspect views of Where Is Cristy Lee? will increase once Season 8 of Garage Squad begins airing on Motor Trend. Why? Apparently, after just two seasons on the show, the lovely Ms. Lee has left Garage Squad. She will be replaced by “Bogi” Lateiner. That choice makes me think that All Girls Garage will cease to be produced. Anyway, the “obligatory” picture of Cristy Lee: 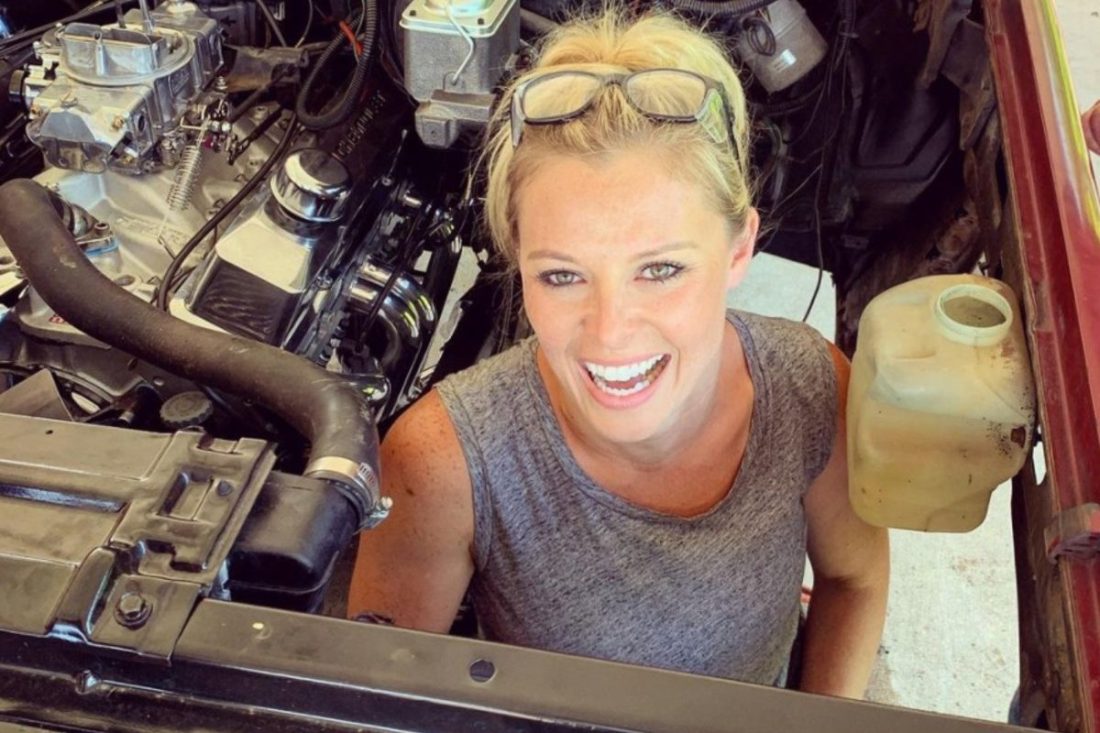 Someone whom my wonderful wife’s mother has known since her real estate days decided to visit her and her husband (my wife’s father) this past weekend. Again, I do not like the term “in-law.”

He is a good-hearted person with a yen for traveling, which partially explains his desire to visit someone that, frankly, he didn’t know all that well. Why am I mentioning this? Take a look at his car: 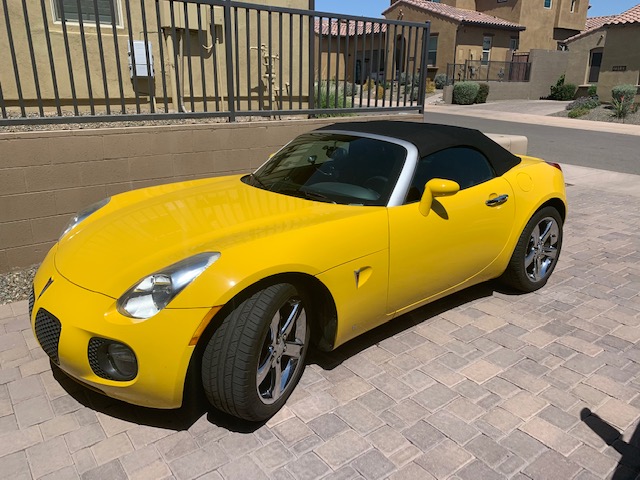 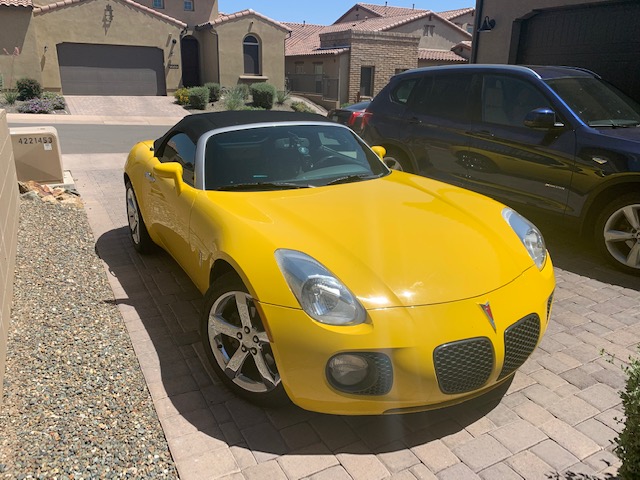 This is a 2007 Pontiac Solstice in GXP spec, meaning it has the turbocharged 2-liter/122 cubic-inch inline 4-cylinder engine that produces 260 HP/260 LB-FT of torque. I don’t know if this is still true, but at the time of its release the Solstice GXP/Sky Red Line engine had the highest specific output, power per unit of displacement, of any motor in General Motors history. A dealer upgrade was also available to increase power to 290 HP/290 LB-FT, but I don’t think too many buyers opted for that boost, pun intended.