Maybe this was inevitable since I slept 9 1/2 hours last night, which is most unusual for me. I had a strange dream that involved my buying or test-driving a car. The longer the process continued, the less I trusted the person with whom I was dealing. My fears were realized when this person gained access to the interior of the car through the roof while I was driving. WTF?

I apologize if I have written about this topic before on this date. On this day in 2009 General Motors announced it would be ending the Pontiac make. Note that this announcement was made before GM actually filed for bankruptcy, which happened on June 1.

As I (and others) have noted before, Pontiac was axed and Buick was spared largely because of the latter’s popularity in China. Here is a table showing US sales only of the two makes from 2000-2008:

For 2000-2004 Pontiac ranked third in US sales behind only Chevrolet and Ford. Even with its popularity relative to Buick, apparently Pontiac was not making huge profits, if any, so that also played a role in its demise during the period when the federal government was the de facto decision-maker at General Motors.

Pontiac has played a huge role in my life. As everyone reading this should know, my first car was a 1967 GTO.

This was my GTO photographed outside one of my college dorms. I LOVED that car and losing it due to an accident that wasn’t my fault–I was rear-ended while sitting still at a red light–was something that haunted me for quite some time.

The car I’ve owned the longest (as of now) was also a Pontiac although not one with the same impact as a Goat. From partsopen.com (not a secure site) a picture of a 1995 Grand Prix in the same color as mine: 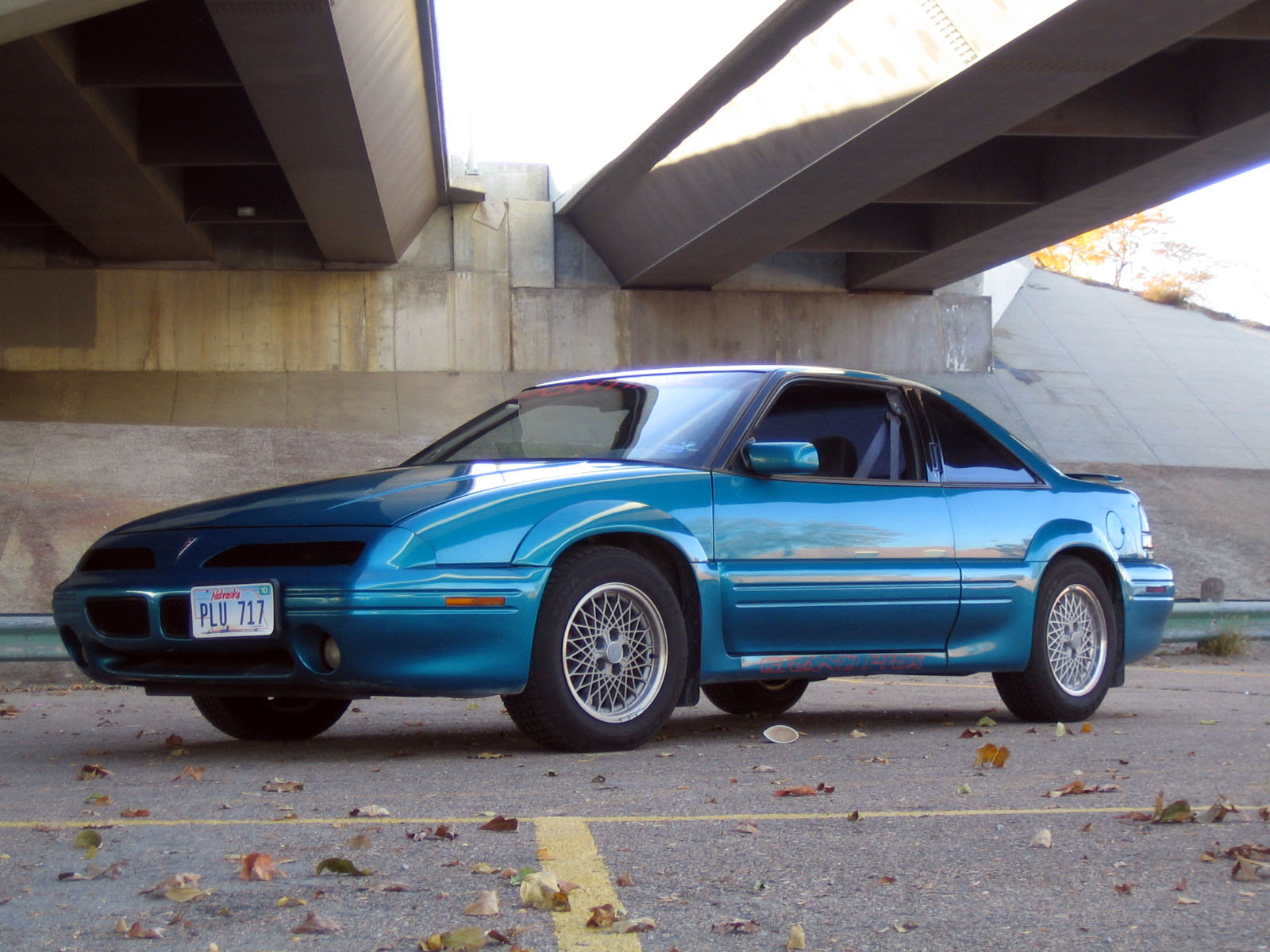 My Grand Prix did not have a spoiler and, to be honest, was not my first choice. I went to a Buick/GMC/Pontiac dealer in San Diego–where I had just taken a job with the San Diego Padres–because I wanted to buy a Reatta. I wasn’t following automobiles that closely then and didn’t know the Reatta had been out of production for awhile. The salesman, not the friendliest I’ve ever encountered, didn’t want to find me a used Reatta even though I have learned since then that, just in the context of a sale, profits are usually higher for used cars than for new ones.

The Grand Prix was the best looking car to me in the showroom, so I bought it. I still think it’s a handsome design. I owned the car for nine years, selling it when I bought my first Corvette. A small part of me wanted to buy a Vette then, but ultimately I just didn’t want to spend the money. The base MSRP for a 1995 Corvette coupe was about $37,000; I paid half that for the Grand Prix. Ironically, I am now quite the fan of C4 Corvettes of 1995-96.

As much as I loved my GTO, the only way I would consider buying one now is if my wonderful wife and I won the lottery. Not only would money not be an issue at all, but neither would storage as we would buy a house with a large garage or, perhaps, buy a custom garage in one of these garage complexes that are so popular in the Phoenix area.

2 thoughts on “Yet Another Weird Dream”