I have grown to really like some of Starbucks’ food offerings. My favorite is probably this: 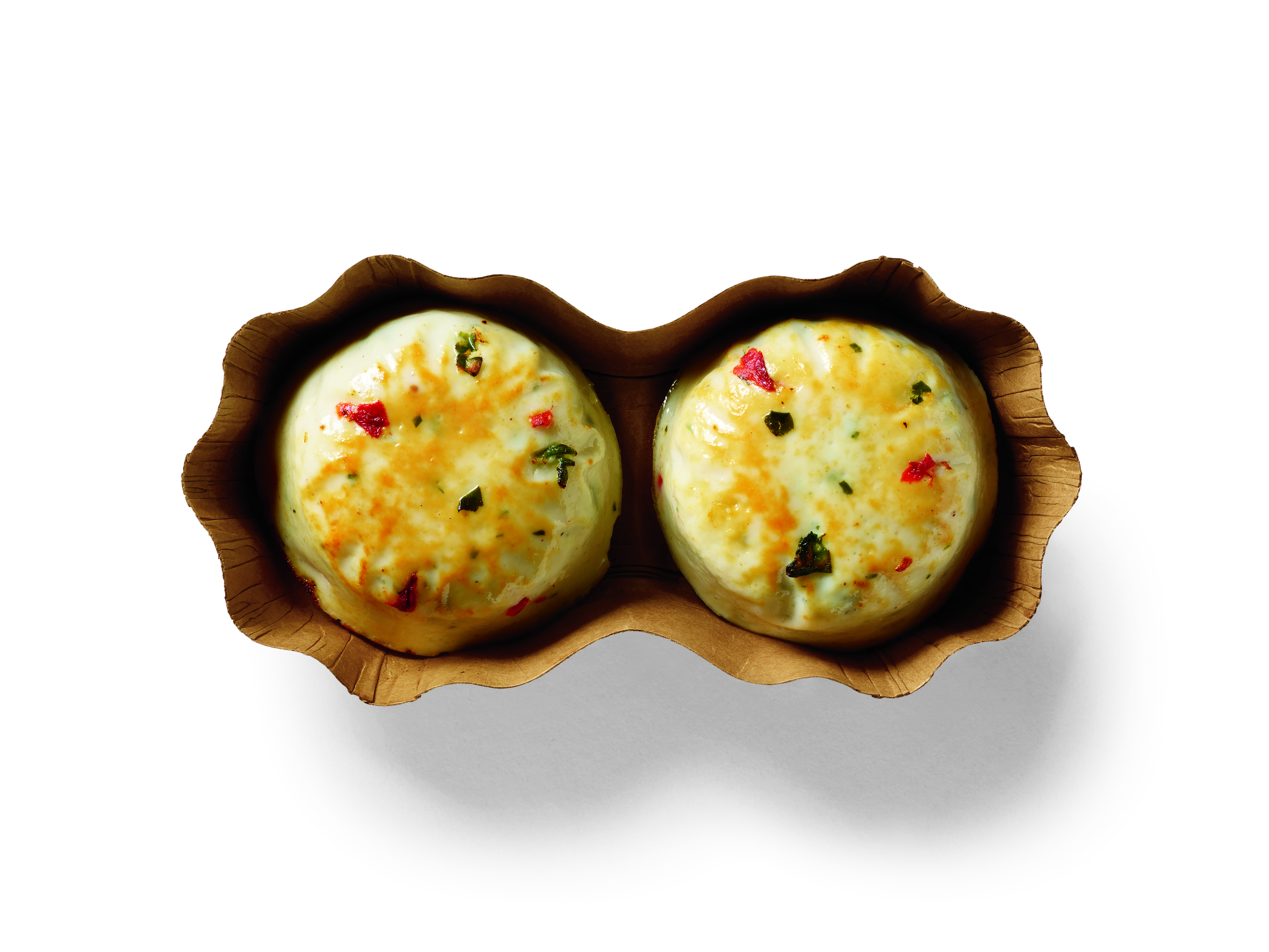 These are the Egg White & Roasted Red Pepper Egg Bites (picture from Starbucks). I don’t know if a serving equals one or two, but they’re 170 calories a serving with 11 grams of carbs including 3 grams of sugar (I am diabetic, remember, even though my diabetes is “well-controlled” in the parlance of medical practitioners), but 12 grams of protein.

Compared to when I was 30, I probably eat only about 20% as much beef. I no longer eat dinner, which was almost always some type of beef. After we left Texas in 2008, we pretty much stopped eating at steakhouses. I can’t say whether or not we’ll resume in the near future given the number of high quality steakhouses here. Since most of them are only open for dinner, probably not.

I have no desire to go full vegetarian and certainly not vegan. Sometimes, I just have to have an In-N-Out burger. Sometimes, I really want a milkshake. I certainly can’t say that my dietary evolution has had a global component. It’s just that I crave different things now that I am older. It’s also in the best interests of my health not to eat too much red meat.

I suspect not too many readers are under 40. How have your dietary habits changed, if at all?

I don’t know why I am writing this today, but not long after I moved to California in the mid-1990s I began a personal journal or diary, if you will. I didn’t write every day, but I wrote on most days.

I often worked long hours; during a homestand it was common for me to arrive at the office at 9:30 AM and not get home until 11 PM. I never developed a social infrastructure outside of work so keeping a journal seemed like a good idea.

Usually, one of the features of my entries was a Song of the Day. I guess I thought about my journal because my earworm issue is getting worse, seemingly by the week. I was originally going to call today’s post Overriding The Earworm because when I was younger I never had songs I didn’t like stuck in my head. I would hear songs in my head, but they were songs I couldn’t wait to hear after I got home from work.

No, I no longer have the journal. I kept it on a computer and when I sold it, I wiped the hard drive. When the inevitable day comes that I stop blogging, I wonder if I will still write, but just for myself.

Random neural firings lead to…1951 in the US auto industry.

As the Korean War intensified, auto production cutbacks were ordered by the federal government and its National Production Authority. A railroad strike in February temporarily cut off supplies of key raw materials. Even with all of that, 5.3 million cars were produced although that was about a 16 percent decline from the record year of 1950. 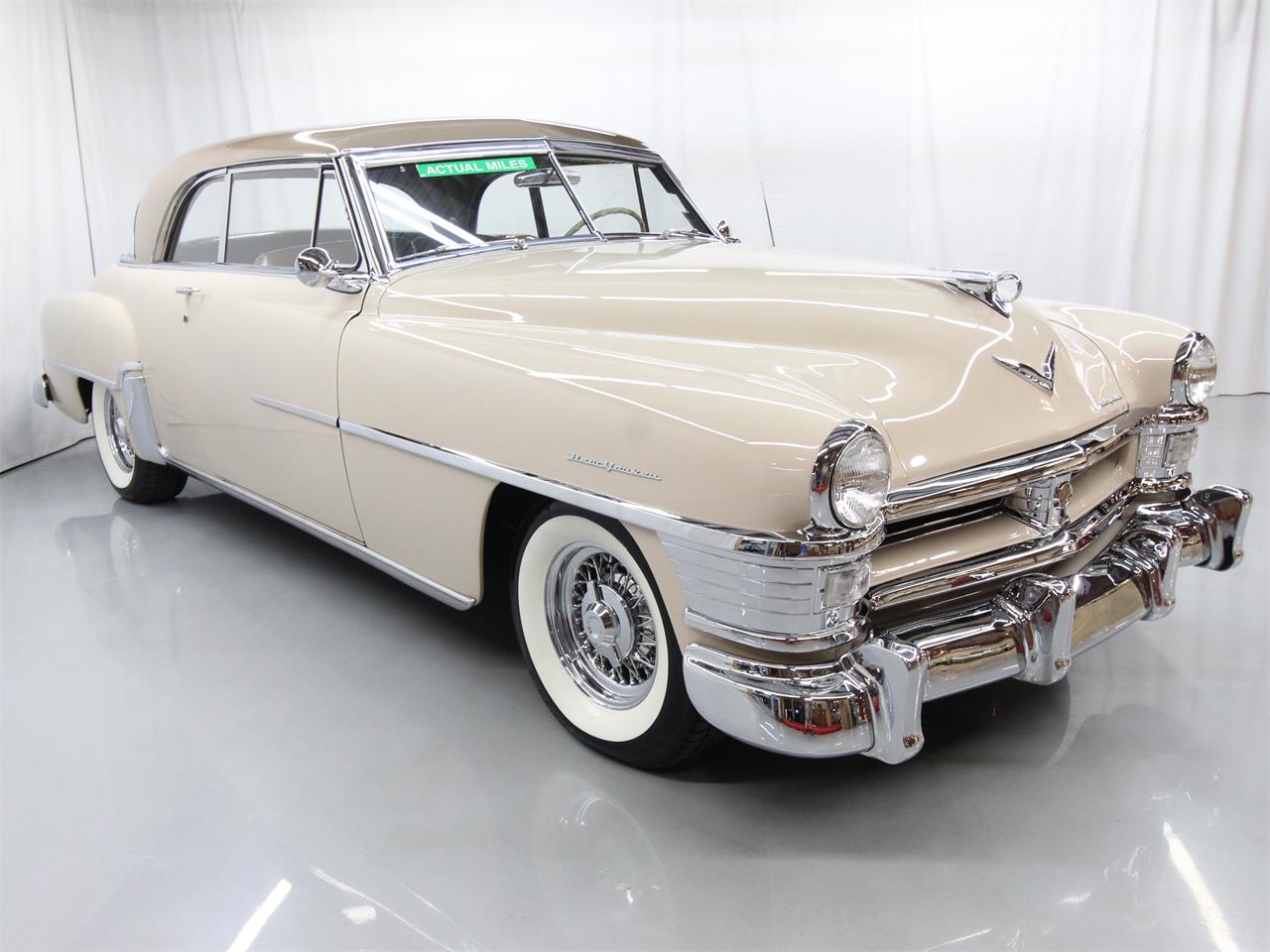 Later in the decade, Chrysler would offer the first American engine with at least 1 HP per cubic inch, the optional motor for the 1956 Chrysler 300B, but I digress…

Studebaker first offered a V-8 engine in the 1951 model year. The 232 cubic-inch (3.8 liter) motor was only offered in the Commander line; the Champion was offered with a 169 cubic-inch inline-6. Commanders accounted for about 46 percent of Studebakers produced in 1951. From wallpaperup.com a picture (I hope) of a 1951 Studebaker Commander convertible. These accounted for only 3 percent of Commader sales in 1951.

Random neural firings are slowing down. Have a great day…