The Ides Of March was the 74th day in the calendar used by the Roman Empire. That day corresponds to today, March 15. The Ides Of March became famous/infamous because it was the day Julius Caesar was assassinated.

United Arab Emirates is only a few views behind France for the #5 position in views by country so far this year. Views from Malta have only occurred since November, when I resumed posting after the move to Arizona. Views from the UAE began in the middle of last year. Thanks to those of you reading from those countries.

Two pictures from a rainy day with low clouds in the desert:

I think that even on a cloudy day the scenery around here is magnificent. In addition, the occasional cloudy day gives the sunny days even more resonance, in my opinion.

On this day in 1897 the Winton Motor Carriage Company was incorporated. Some historians claim Winton was the first American company to sell automobiles, others dispute that claim. Regardless, Alexander Winton–a Scottish immigrant–was a pioneer in the US auto industry. From 365 Days Of Motoring, a site that is still, unfortunately, not a secure site:

“A fiery Scotsman, Winton took the challenge to build the world’s fastest automobile personally. Like Ransom Olds, he raced his own cars. Racing at Daytona Beach is said to have begun with a match race between Winton and Olds in 1902, which the two men declared a draw. A year later, Winton won a multi-car race at Daytona, driving his Winton Bullet to an average speed of 68 mph and becoming the first person to break the mile-per-minute barrier. Alexander Winton’s personal rivalries did not stop with Ransom Olds. In 1901, [my mark], after being passed over for a mechanic’s job with Winton’s company, defeated Winton in his first and last car race. Ford’s future notoriety would depend heavily on the publicity won in his encounter with his one-time potential employer. James Ward Packard also maintained a personal rivalry with Winton. After having purchased a Winton, Packard complained about the car’s reliability. Winton reportedly politely urged Packard to build his own car. Packard responded by starting his own company. In the first decade of American car racing Wintons and Packards, driven by Barney Oldfield and Ralph DePalma, respectively, would fuel the sport’s greatest rivalry.”

Winton built cars until 1924, but its subsidiary–Winton Engine Corporation–kept on producing diesel engines and was purchased by General Motors in 1930. Winton became one of the first American manufacturers of diesels in 1912.

In terms of absolute units, Winton production peaked at about 2,500 in 1916. In terms of relative standing, Winton ceased to be among the top ten US producers around 1910. Alexander Winton died in 1932. From standard catalog of® of American Cars, 1805-1942: “…a very important part of American automobile history died on the day Winton did.” 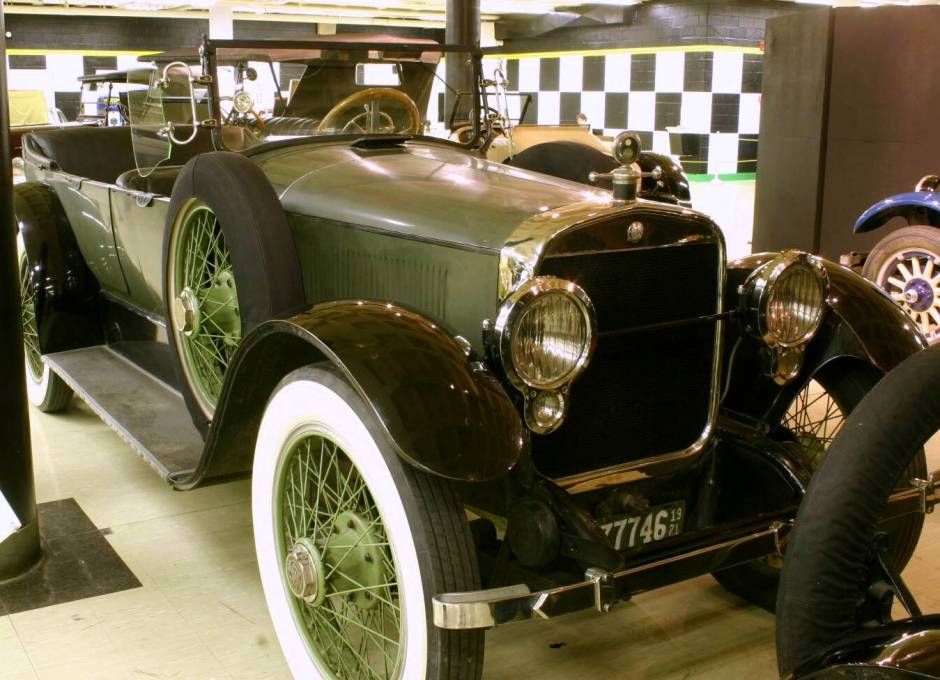 9 thoughts on “Ides Of March”