But I guess it beats the alternative. I had a minor panic this morning when I couldn’t find the original earbuds for my iPhone. While I have a set of Bluetooth earbuds, they always fall out of my ears unless I am completely still. Since the #1 use for my using earbuds is to listen to music when I walk outside, the Bluetooth set is not useful. Yes, I know I can buy a Bluetooth set with an ear loop. Three sets of earbuds?

Until I was in my mid-40s I had total recall. (Maybe it was later, I can’t remember.) I never forgot where I put something or what I had for breakfast yesterday. My first year in college one of the people who lived in my dorm was an education major. For one of his classes he designed an experiment to see how people retained information they read and asked me to participate.

Every morning I wake up in pain: my bunions, my hands, my neck, etc. I am far less steady on my feet than I was even just a year ago. Despite what the quantum physicists tell us, it sure seems that time only moves in one direction.

Sixty years ago (1961 for those of you who are mathematically challenged), US auto production declined by about 10% compared to 1960 due to a brief economic downturn. Ford edged out Chevrolet for model year sales: 1.339 million to 1.318 million. The two makes combined for about a 50% market share.

In response to the success of the Rambler, and to a lesser extent the Studebaker Lark, the big three introduced new compact cars for 1961. In particular, General Motors B-O-P line (Buick, Oldsmobile, Pontiac) introduced the Special, the F-85 and the Tempest.

Of course, the sharing of chassis and other components among GM divisions later became a problem in differentiating them among consumers and played a role in the company’s issues in later decades. From yupyi.com a picture of a 1961 Buick Special coupe: 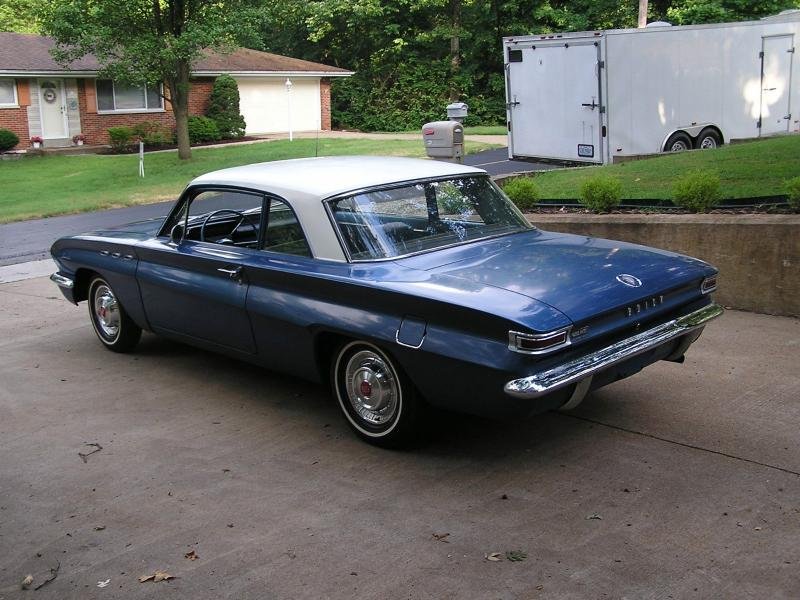 I am not going to discuss the new aluminum small displacement (215 cubic inches) V-8 or Pontiac’s “rope” driveshaft and rear transaxle for the Tempest. I just think the cars are interesting and another example of how the Big Three dominated the landscape and made life very difficult for the independent manufacturers.

5 thoughts on “Aging Is Annoying…”