Thanks to Bill James I received this notification:

Yesterday, Bill graciously tweeted the link to A Tough Day For Cars. That post is now easily the most read so far this year. Of course, we are not too deep into 2021 although today is already day number 51. Thanks, Bill!

The issues with composing posts in the WordPress Classic Editor and Firefox continue. I may really have to use another browser, at least for writing posts. Part of me, the very cynical part, thinks these issues are a deliberate attempt by WordPress to “force” me to use their newer editor.

While I believe in “Never Say Never” it is extremely unlikely I would continue to post if I had to use the newer editor, which to me is user-hostile and counter-intuitive. Also, I am not the dullest knife in the drawer so if I have issues with it, I’m sure many others do, as well.

This CNBC article chronicles the decline in the rating for the Super Bowl broadcast among the demographic advertisers prize most highly, those aged 18-49. Here is a chart from the article:

I am not in that demographic, but I did not watch the most recent Super Bowl. Lest one think this has been the trend for all network football telecasts, look at this chart from the same article:

I think in this weird year of the damn virus, many people decided that watching football was simply not something that warranted their time. I also think that casual fans have less and less interest in the Super Bowl as other forms of “entertainment” multiply.

An earthworm can be taught to avoid a path that will give it an electric shock. Human beings, allegedly the most intelligent of animal species, often cannot avoid behavior that they know, a priori, is detrimental.

I still hope, one day, to own a car manufactured by a defunct American make. How the logistics of that would work, I have no idea. (“He’s a good teacher; he really seems to care…About what, I got no idea!)

From Hemmings a picture of an intriguing car, even with the broken Torsion-Level ride system: 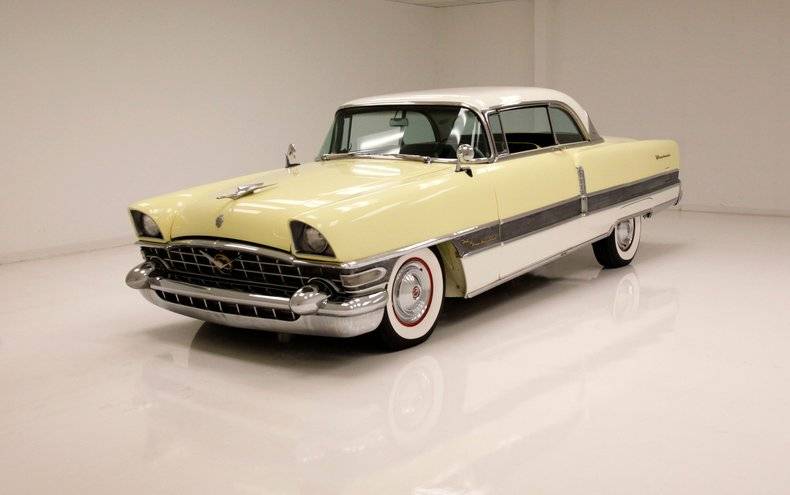 This is a 1956 Packard 400. I believe the model name is an homage to the prestigious list that used to be published of the top 400 most influential people in America.

The car has about 57,000 miles (supposedly) and is listed for $18,000. I suspect getting the suspension fixed would be expensive assuming one could find a shop/mechanic that could do the work.

I would estimate the probability of my ever owning a car like this at no more than 10%. Still and once again, what is life without dreams?