Somewhere in this post (post number 1,010 if you’re counting, or even if you’re not) is the 500,000th word I have written on Disaffected Musings. As I wrote in the 1,000th post, the quest for a million words has become a major motivator for me to keep writing.

Given that I have had three books published, you would think I would know how many words are in an “average” book. I just don’t remember, any more. Let’s say the number is between 80,000 and 120,000 per book; that would mean I have written four to six books worth of words on this blog.

Please keep reading (and tell your friends about the blog, too) and I’ll keep writing.

This CNBC article is about a study by the non-partisan Congressional Budget Office (CBO) on the impact of raising the minimum wage to $15/hour. According to their work, such an increase would lead to a loss of 1.4 million jobs by 2025.

Those on the left love to shout “You’re a denier” to those who oppose their policies. Well, the left is in denial, too, just like all of those who blindly follow any ideology. Contrary to the blathering of the anti-business, anti-consumer culture crowd, businesses do not have infinite revenues and infinite cash flows.

If a person’s labor is worth $10/hour to a business, forcing that business to pay them $15 is going to lead to that person working fewer hours or losing their job. Besides, the minimum wage in Manhattan cannot be the same as the minimum wage in Tunica, Mississippi. Talk about denial…EVERYTHING is a trade-off.

On this day in 1964 the Beatles made their first appearance on US television. Of course, it was on the Ed Sullivan Show. The best estimate is that 73 million Americans watched the Beatles that night. That’s more than a third of the entire country, a larger share of the population than the proportion that watched the recently played Super Bowl.

“Popular” music was never the same. In this post I compared the quantum (just for you, Bill) change in music of before and after the Beatles to the change in the American car industry pre- and post-1955.

In my demographic I am no doubt near the bottom in terms of Beatles fandom. However, I fully appreciate and acknowledge their impact on music. From NBC News a picture of the Beatles with Ed Sullivan:

Model year 1964 saw the introduction of one of the most significant cars in US history: the GTO option for the Pontiac LeMans. Model number 22, body/style numbers 2227 (two-door coupe), 2237 (two-door hardtop) and 2267 (two-door convertible) marked the beginning of the modern muscle car era, which had a huge influence on the cars produced and purchased by the American car-buying public into the early 1970s.

When John DeLorean “sidestepped” the GM rules about maximum engine size for an A-Body intermediate car by making the GTO an option package and not a distinct model, it was thought the option package might sell about 5,000 units. Of course, 32,450 1964 GTOs were sold. The car had an effect on the US auto industry way above and beyond even that surprising number. From Mecum, a picture of a 1964 GTO offered at their 2017 Kissimmee auction: 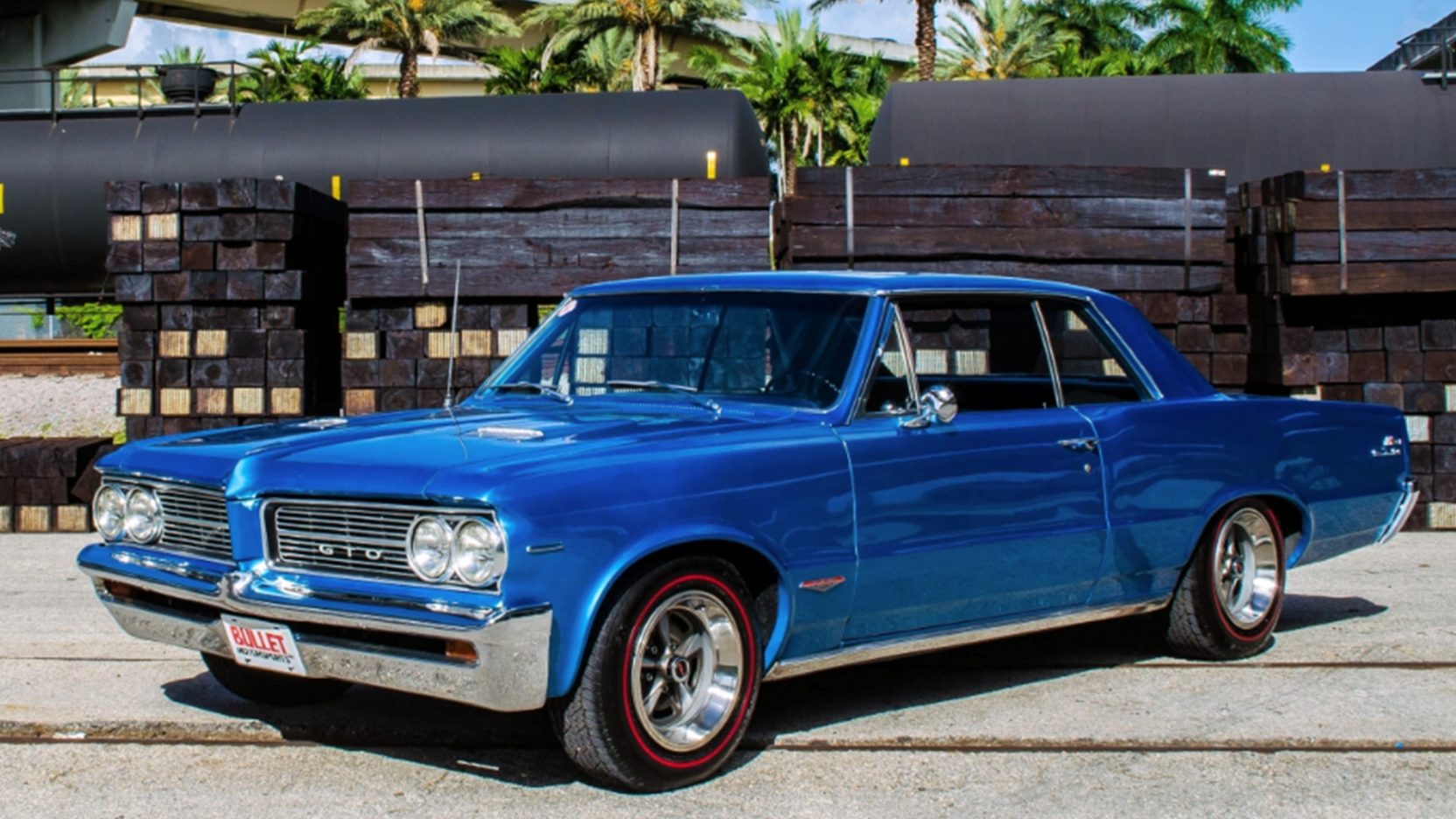 As everyone reading this should know, my first car was a 1967 GTO. I like the body style of that year better than any other of the first four years. I am also somewhat of a heretic in that I am not a big fan of the A-Body restyle for the 1968 model year.

Has anyone else reading ever owned a GTO?

10 thoughts on “Half A Million”