It really doesn’t seem possible that it was almost 47 years ago that Dr. Zal and I watched Hank Aaron hit his 715th career home run, breaking the record long held by Babe Ruth. Time waits for no man.

Despite the “steroid era” and the adaptation of modern analytics and training techniques, Aaron is still the all-time MLB leader in career RBI, extra base hits and total bases. He is also in the top five in career hits and runs scored.

Like many successful athletes–hell, like many people in general–Aaron lamented many of the changes in his sport that had occurred since his playing days. He thought the emergence of the “three true outcome” hitter made the game far less enjoyable. Three true outcomes refer to home runs, strikeouts and walks, events where the pitcher and hitter determine the result of the plate appearance without the impact of fielders.

Despite amassing 755 home runs and 1,477 extra base hits (double, triple, home run), Aaron never struck out more than 97 times in a season. I believe the single-season “record” for most strikeouts by a batter in a season is over 220. Of course, Aaron didn’t face the same proportion of pitchers with 100+ MPH fastballs and nasty secondary pitches as hitters do today.

I know it’s a coincidence, but I always found it interesting that Hank Aaron was born on February 5 and Babe Ruth was born on February 6. Oh, $50 a month was the reason that Aaron and Willie Mays were not teammates. After starring in the Negro Leagues (sorry, SJWs, that’s what they were called and that’s what they’re still called) with the Indianapolis Clowns, Aaron received two contract offers from MLB organizations. Quoting Aaron, “I had the Giants’ contract in my hand. But the Braves offered fifty dollars a month more. That’s the only thing that kept Willie Mays and me from being teammates – fifty dollars.”

I salute the memory of Henry Louis “Hank” Aaron.

Evidence that in baseball one player cannot usually make a team great, Aaron played on only one World Series champion, the 1957 Milwaukee Braves. (OK, I’m stretching the point. The Braves had a winning record every season they played in Milwaukee, 1953-65; Aaron debuted in 1954.) What was happening in the automobile world in 1957?

The Automobile Manufacturers Association banned factory-sponsored racing. The ban proved to be less than effective as “privateers” with industry connections still found ways to race cars.

Pontiac celebrated its 50th anniversary and Oldsmobile celebrated its 60th. Of course, fuel injection became an option in the Corvette. It’s not as well-known that fuelies were also part of Pontiac’s lineup for the 1957 model year, available only in the limited-production Bonneville model. Their engine had a larger displacement than Chevrolet’s (347 cubic inches compared to 283) and was “rated” at 315 HP, compared to 283 for the Chevy. Of course, the Chevrolet engine really had about 290 HP, but the marketing people liked the idea of 283 HP from 283 cubic inches. Similarly, many automobile historians think 315 HP is an understatement. I have read that Pontiac never put an official HP rating on the engine simply saying it produced “in excess of 300 HP.” 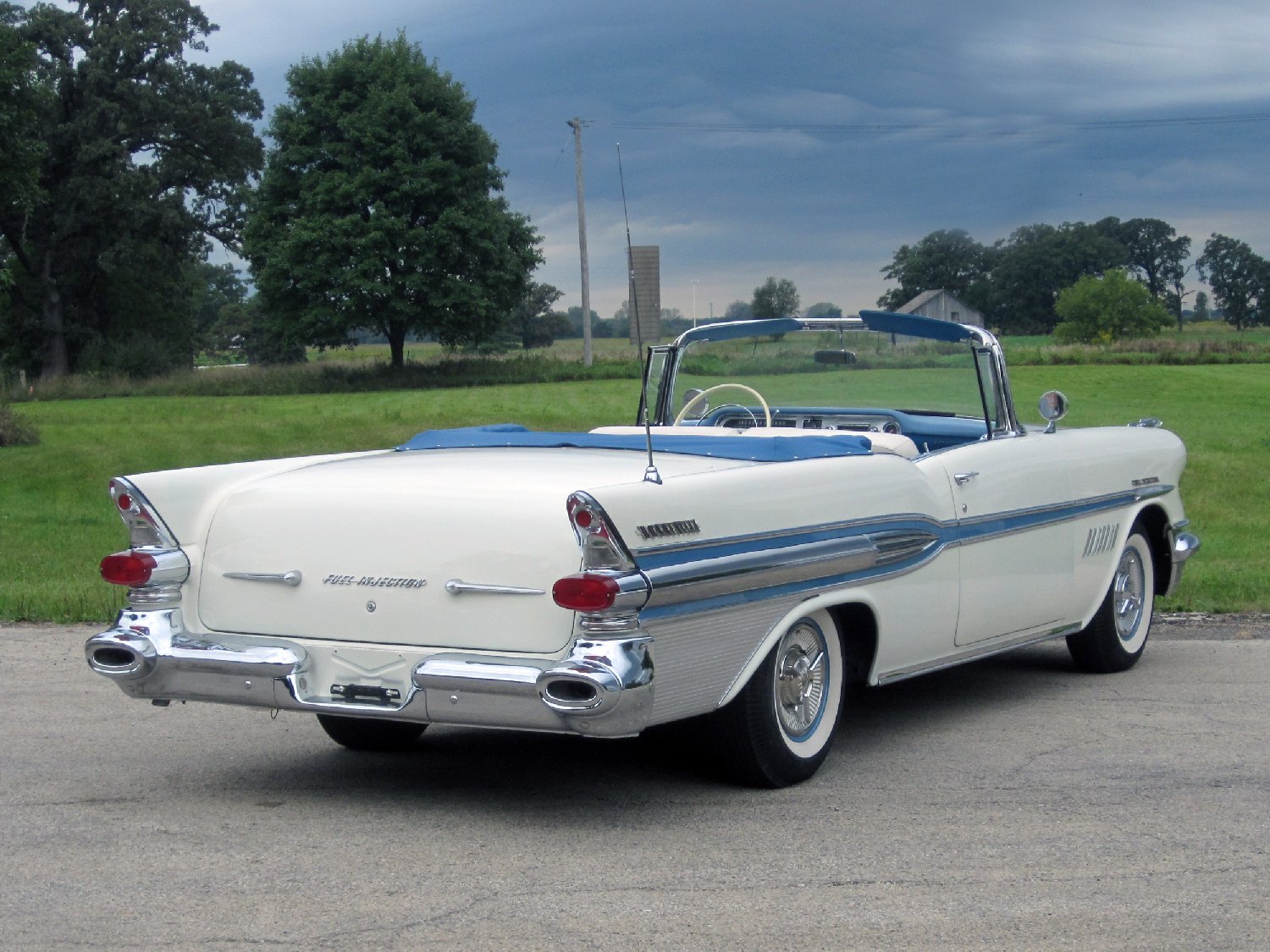