Originally, I had intended to begin today’s post by offering my opinion/lament that real political choice in America has all but disappeared, etc. Many would argue with that assertion saying the difference between drumpism and socialism could not be more stark. I would say that if those are our only two choices, then we have no choices. I guess I did write what I had intended, after all. 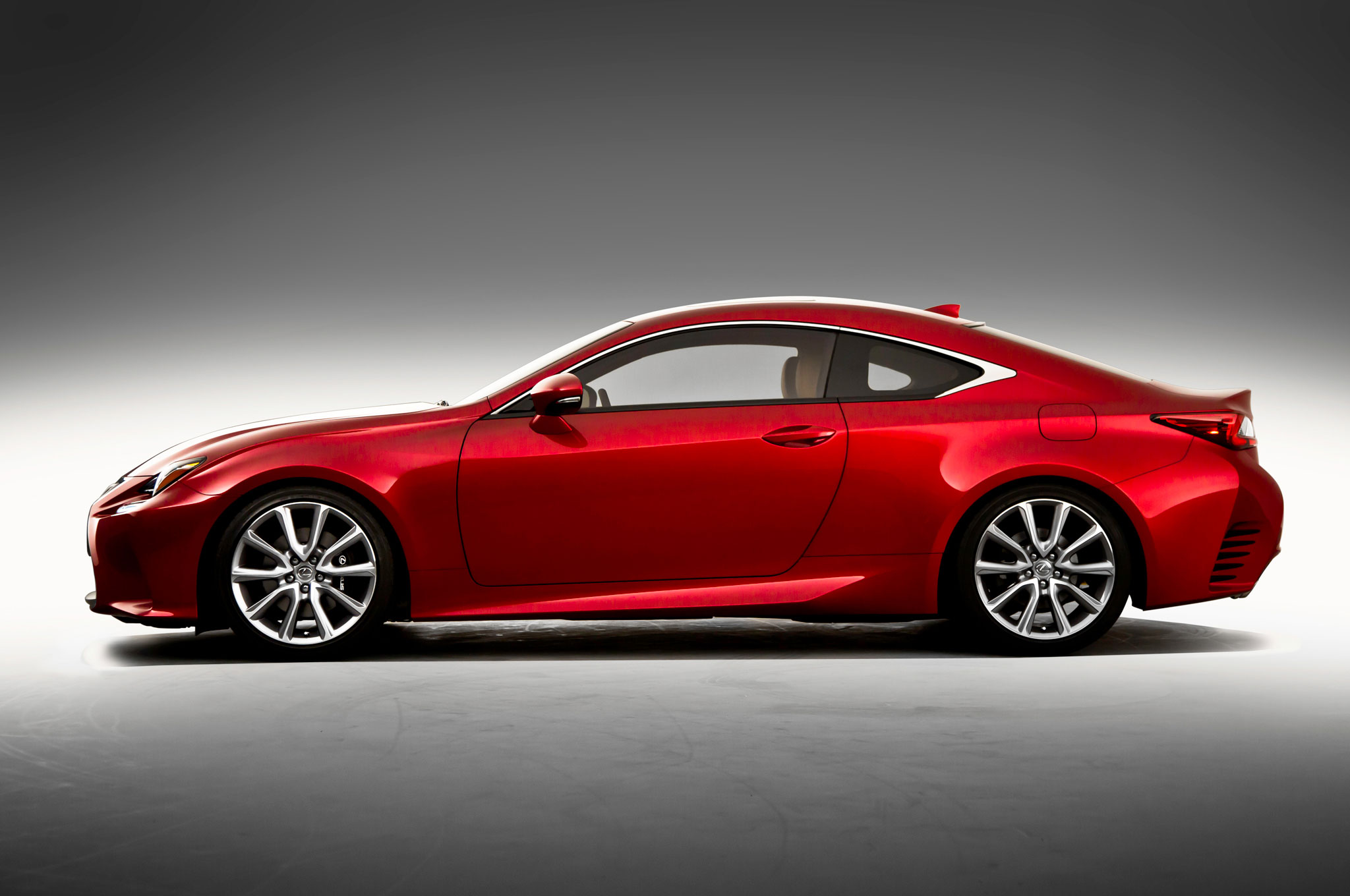 From the appropriately named Lexus Enthusiast comes this picture of a Lexus RC. This car is now on the radar screen as a candidate to be the Grocery Car/Taxi/Corvette Companion.

I have been trying to avoid “Been There, Done That” for this car and my wonderful wife has owned two Lexus cars. While the second one, an IS 250 C, was a disappointment, she really liked her first one, an SC 430.

Her first Lexus never gave her a day of trouble in the six years she owned it. It had plenty of power and a great ride. I think we could probably do a lot worse than an RC. By the way, I think the exterior styling of these cars is quite sharp.

The problem is that the least expensive of these are really just beyond what we want to spend for a car that is not likely to be driven more than 1,500-2,000 miles a year. Even non-F versions are usually in the low 30s, although examples without too many miles are occasionally offered in the mid to high 20s.

Those cars whose asking price begins with a “2” are almost always powered by a 2-liter/122 cubic-inch turbocharged inline 4-cylinder engine that produces 242 HP/258 LB-FT. With rear legroom of less than 30 inches I don’t know how usable the rear seats are. The trunk has a very similar volume to that of the Cadillac ATS, which upon inspection seemed large enough to be practical. I guess we’ll have to test drive an RC. Oh darn…

Not having enough real choices is not optimal and neither is having too many.