If you have no interest in the Washington Football Team, please feel free to skip this section.

How many of you are following the Washington Football Team owners debacle? I am not following it closely, but a feud between minority owners of the team and controlling owner Snan Dyder has gone public with the filing of lawsuits and the revelation that Dyder paid $1.6 million to settle a sexual misconduct lawsuit.

I can tell you that two former Baltimore Orioles colleagues left to work for the then-Redskins under Dyder and both left the Redskins in less than a year. Both said that Dyder was a total assh*le and that it was impossible to work for him.

From time to time I have considered writing a book that I would love to title “The Assh*les That Have Owned The Washington Redskins.” Their first owner, George Preston Marshall, was an egotistical windbag (to put it mildly) and refused to integrate his team until the Federal Government threatened to bar them from playing in the new stadium (circa 1960s), which was built on federally-owned land.

Jack Kent Cooke (whom I call Jack Kent Kook) later owned the team and was a piece of work himself. I was once part of a lunch group at a famous DC restaurant that included him. Let’s just say that he proved to be far worse during lunch than even his less-than-pleasant public image. Cooke’s third marriage, to a woman who was 43 years younger than he was, lasted 73 days. He agreed to marry her only if she agreed to a prenuptial agreement AND had an abortion, which would have been her third in two years. She signed the agreement, but had the baby, anyway. Of course, Cooke filed for divorce and the action played out in public.

Cooke’s fourth wife had previously served three months in jail after being arrested for cocaine trafficking. That marriage ended after the woman made headlines by driving drunk in DC while a man held onto the hood and pounded the windshield. Cooke re-married her two years later.

From this article comes this story, from Andrew Brandt, EVP of Vayner Sports and author of a column about the Business of Football on Sports Illustrated, about Dyder:

“A friend of mine has children who plays with the children of Snaniel Dyder, the owner of the Redskins. My buddy picks up his girls, and says, ‘Hey Snan, thanks for having them over, they really enjoyed playing with your girls.’ My buddy tells me, Snaniel Dyder says to my friend, a 50-year-old man, ‘It’s Mr. Dyder.’ And I’m thinking, who does that? Who does that?”

“So, that’s just a story to give some on ownership in Washington.”

Some people will just say that most wealthy people are assh*les so the fact that Washington’s football team has been owned by three of them is no big deal. I beg to differ. First, I have known many wealthy people and most of them were very hard-working, conscientious and polite in public. Second, those three men were/are WAY UP on the assh*le scale.

Anyway…sorry to go off on a tangent that is decidedly not pleasant holiday material.

According to 365 Days of Motoring, it was on this day in 1953 that the first Continental Mark II (don’t call it a Lincoln) prototype was completed. From the linked story, a relevant photo: 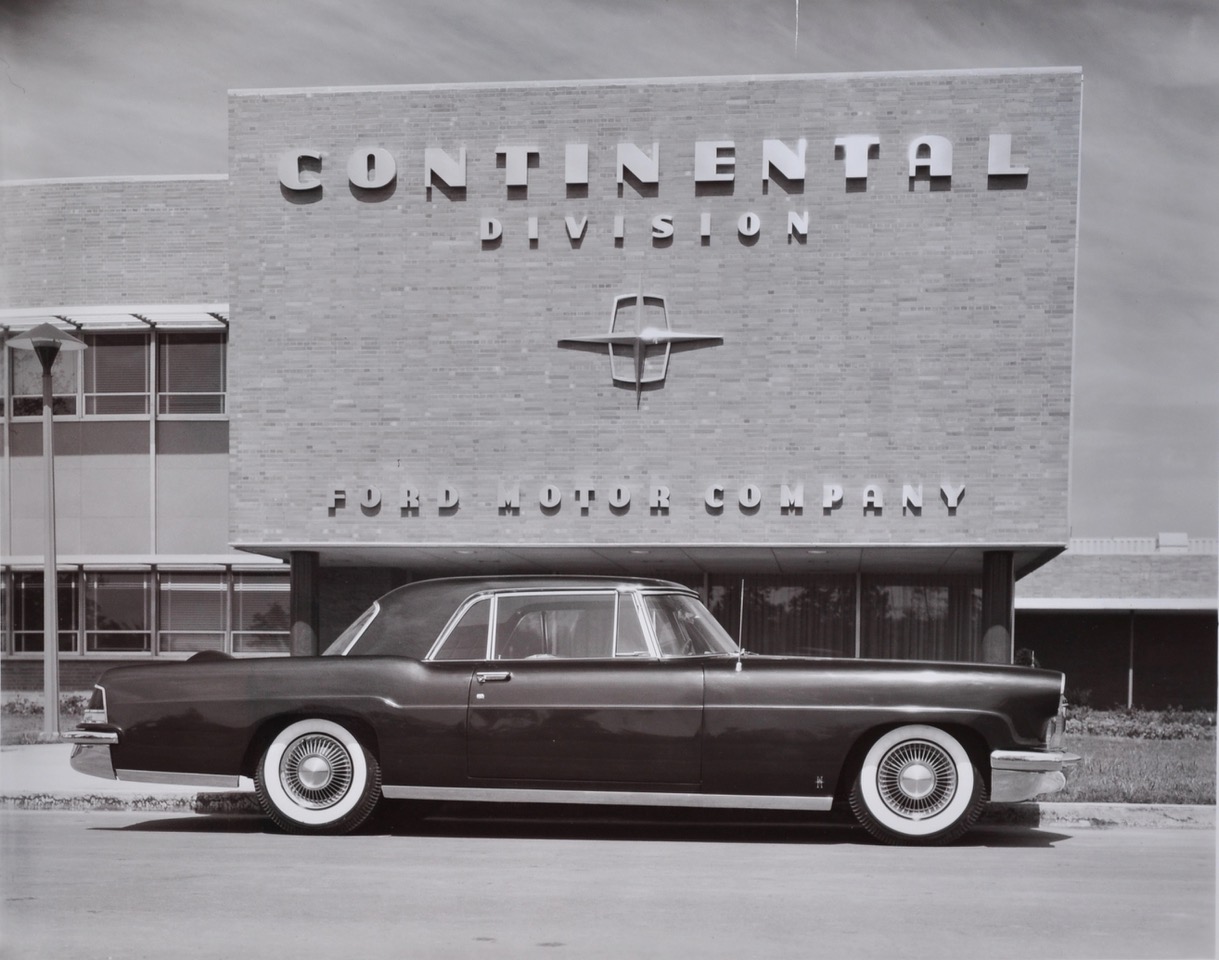 As I have written before, the exterior design of the prototype was developed after Ford opened up a design competition to Ford and independent design teams. Contrary to the blathering of socialists and the indolent, competition is not inherently evil.

Regular readers of Disaffected Musings know I am a huge fan of this car. In an era of excess, this car was very tastefully styled with great proportions.

Of course, the car was not a success for Ford with just 3,000 units sold in two model years (1956-57) and Ford lost money on every car, despite its high (for the time) price of $10,000. Even with the “failure” of the car, it is sad that we will probably never see another like it again. I will always believe that a market exists for an American-made ultra-luxury car.