I have shown this picture before on Disaffected Musings.

This is me and three other San Diego Padres “bigwigs,” including General Manager Kevin Towers (kneeling), in the visitors clubhouse in Dodgers Stadium after the Padres clinched the 1996 NL Western Division title. The following picture has not been shown before because it was “lost” for years.

This photo was taken in the visitors clubhouse at Turner Field in Atlanta after the Padres’ win in Game 6 of the National League Championship Series clinched the title and sent us to the World Series.

At the far left is Larry Lucchino, then President/CEO of the Padres, and at the far right is John Moores, then Principal Owner/Chairman. The late Kevin Towers is immediately to Lucchino’s left. No points for guessing who is holding the National League Championship Trophy along with Lucchino.

As I mentioned, this picture was missing for many years. Larry Lucchino and I did not have an amicable parting of the ways and for many years my feelings about him were not positive. I resigned on my own terms and was not forced out, but he considered my departure as a personal affront.

With the passing of time I came to appreciate what he had done for me in terms of my baseball career. However, as I began to look for the photo, I feared that out of pique I had either put the picture in a place where it would never be found or, more horribly, that I had simply thrown the picture away.

After multiple searches I simply gave up. I did, however, make a comment to my wonderful wife in passing that maybe the picture would be found after we moved to the desert. Wouldn’t you know that she found the picture yesterday (remember, we’re still unpacking) and in a place I know had previously looked at least twice. A woman’s touch…

I am still far from being the dullest knife in the drawer. That I am not a coder, don’t possess the “right” degree(s) or don’t belong to the “right” groups is irrelevant from my perspective. Virtually no one else thought I could have a career in major league baseball; I was right and the rest of the world was wrong.

I firmly believe that I am still right and the rest of the world is still wrong, but the structural and institutional barriers that keep me from being more productive are most formidable.

Stretching the concept of a segue until it almost breaks…for some fans of All Girls Garage the good old days were when Cristy Lee was on the show. I think Internet searches for her are the primary reason why the number of views for Where Is Cristy Lee? is now well into four figures. For 2020, that post has been viewed more often than the next five most-read posts combined, not counting the About page. OK, I guess you want to see a picture. If you must…this is from her website, cristylee.tv: 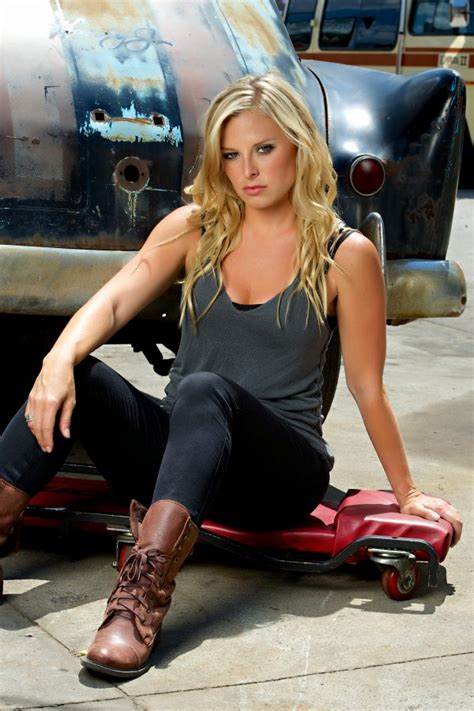 As my wonderful wife knows, I think Cristy Lee is literally one of the most beautiful women in the world. I am 99% sure she would like to be known for more than her looks, but her looks are quite formidable.

According to the 365 Days of Motoring website, the first 426 Hemi engine was successfully tested on this day in 1963 by Chrysler. I have not been able to find corroborating evidence anywhere else regarding the date. (Oh, if you run this website why is it still an unsecured site?!)

The “Elephant,” as it came to be called because of its size and heft (it weighed almost 850 pounds), is part of the pantheon of American engines. It was first made available for street use in the 1966 model year. For me, the best use of one of these engines is in one of these cars:

From yet another unsecured site (which is why I didn’t provide the hyperlink), autorestorationice.com, a picture of a 1968 Dodge Charger R/T. I think this is the best-looking year for one of the best looking cars ever, the second-generation Charger.

The 426 Hemi was rated at 425 HP/490 LB-FT of torque. Many automobile “experts” think Chrysler’s published output figures were deliberately understated. Some sources state the output was more like 470 HP/500 LB-FT.

Of course, Chrysler is still producing a Hemi of sorts. Some in the know say the engine’s combustion chambers are not really hemispherically shaped; I am not in the know when it comes to the modern “Hemi.” Still, a modern Hemi (say, a 707 HP Hellcat motor) and modern automatic transmission along with modern suspension and brakes in a ’68 Charger would be one fine ride, in my opinion.

The month of December has started very strongly in terms of the number of views and visitors. I hope that the monthly “record” for both of those metrics can be shattered this month. PLEASE click on as many post titles as you want and PLEASE pass along the blog URL to as many friends as possible. Many thanks.