In the latest episode of People Vote With Their Feet comes the news that, apparently, Elon Musk is moving from California to Texas. Let’s see: you can have much of your income taxed at the state level at 13.5%–California’s highest bracket for those “evil” wealthy people and the highest state income tax in the country–or you can have it taxed at zero as Texas has no state income tax. A person doesn’t have to be as smart as Musk to make that choice.

Some extremely misguided people (I am being kind in my characterization) who seem to fail to realize that the US is a federal republic and not a unitary one think all states should have the same laws, taxes, regulations, etc. Wrong!

The powers not delegated to the United States by the Constitution, nor prohibited by it to the States, are reserved to the States respectively, or to the people.

That is the Tenth Amendment to the US Constitution. Many would argue it has been largely ignored and that many federal regulations are implemented without the federal government’s right to do so having been delegated by the Constitution. Still, different states have the right to have different laws unless those laws have been ruled unconstitutional by the Supreme Court.

Has it really been nine days since Thanksgiving?! It really seems like two or three days to me.

That is a picture of our desert home. The money shot would show more of the east side of the house and the amazing mountain views behind, but it would also show our address number, which is not a good idea in this day and age. We’ve been in the house about four weeks and we’re still unpacking, still having repairs/upgrades done. Maybe, just maybe, we’ll be “done” by the end of January.

I am a big fan of Mecum auctions, and was long before Scott Hoke and I became friends, but have been somewhat critical of the recent dockets that, in my opinion, have too many Mustangs and pickup trucks. (That criticism applies to Barrett-Jackson dockets as well.) The current auction (which can be seen on NBCSN) from Houston has a lot of those, but has redeemed itself with some cars like this: 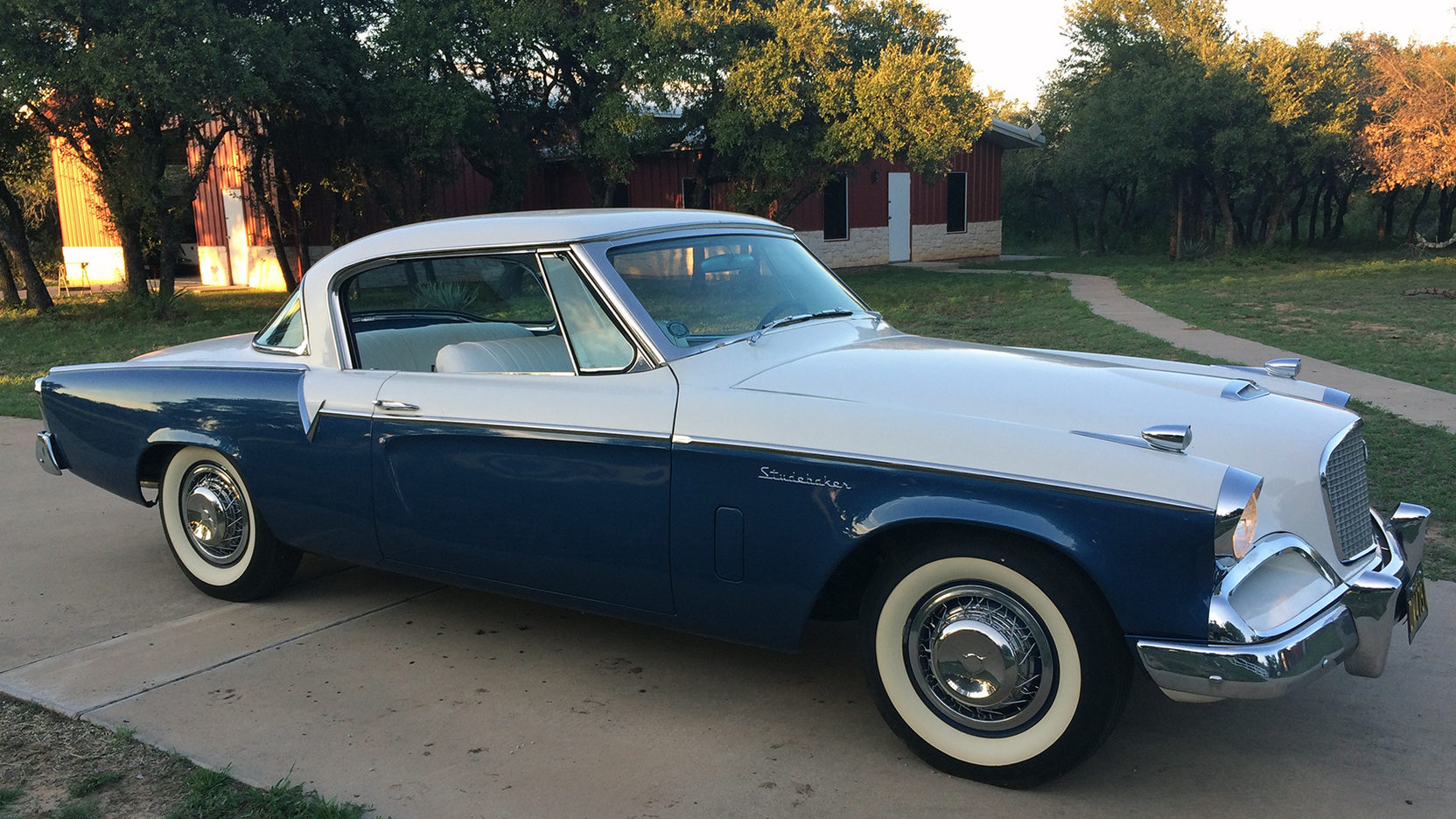 This is a 1956 Studebaker Sky Hawk and the picture is, ironically, from Mecum and is a lot offered at their 2016 Dallas auction. For the nth time, Mecum does not allow online photos of lots from recent auctions to be captured.

Of course, the Hawk line was a remodeled version of the classic “Loewy coupes” that were actually designed primarily by Bob Bourke. Without the fins that appeared on some of the other Hawks, the Sky Hawk very closely resembles those classic coupes. This is my favorite of the four ’56 Hawks as I think it looks the best; the Flight and Power Hawks had visible B pillars and the Golden Hawk had larger rear fins that look out of place to me.

While this car wouldn’t make my Ultimate Garage 3.0, it wouldn’t be far off. Sacrilege though it might be to some, if I somehow acquired one of these I would certainly make a restomod out of it and might even have that hood scoop made functional.

Is anyone else, besides me and Stephen Cox, a big fan of Studebaker Hawks?