Despite my not posting for a good chunk of the month, November had the highest number of unique visitors for any month in the history of Disaffected Musings. It also had the third highest number of views and would have easily had the highest if I had posted on a more regular schedule from the beginning. Thanks for reading and please tell your friends. I’ll spare you the longer commercial today.

According to Wikipedia, “December got its name from the Latin word decem (meaning ten) because it was originally the tenth month of the year in the calendar of Romulus c. 750 BC which began in March. The winter days following December were not included as part of any month. Later, the months of January and February were created out of the monthless period and added to the beginning of the calendar, but December retained its name.”

Of course, this is the last month of 2020, a year of scourges. Maybe the following news, from CNBC, is a ray of hope:

CDC panel to vote Tuesday on who gets vaccine first

A CDC panel is set to vote Tuesday on who will be first in line to get a Covid-19 vaccine once one is authorized by U.S. regulators.

The meeting with the Advisory Committee on Immunization Practices (ACIP), an outside group of medical experts that advises the CDC, comes after Moderna and Pfizer requested emergency clearance from the Food and Drug Administration for their Covid-19 vaccines. Vaccine doses could be distributed in the U.S. in as little as two weeks. [emphasis mine]

Medical experts have said health-care workers should get the vaccine first, followed by vulnerable Americans, including the elderly, people with preexisting conditions and essential workers. The CDC will follow ACIP’s guidance, but states are not obligated to do so.

Of course, some would say the CDC has played a role in the havoc that has occurred with its inconsistent messaging and “guidance.” Some would ask why the FDA is waiting until next week to “evaluate” the requests from Moderna and Pfizer. Anyway, some real weapons are on the way.

My long-time friend, the estimable Dr. Hoss, has made out well investing in “vaccine stocks.” As a Ph.D. in a difficult science discipline from an Ivy League school, he is among the sharpest knives in the drawer. He was warning me about the damn virus well before it reached the public radar screen. He is also optimistic that these new vaccines, created with new technology, will make a real difference. His belief is echoed by many doctors in the field of public health.

Let’s hope it really is at least another 100 years before another scourge like this is unleashed on the world.

On this day in 1914, and in the middle of The Great War, Maserati was founded in Bologna, Italy. The five Maserati brothers had been involved in automobile racing/building for more than a decade when they founded the company, which was almost exclusively a racing company and not one that manufactured cars for the street.

The brothers that were still alive sold the company to the Adolfo Orsi family in 1937 and they moved the company headquarters to Modena, where it remains to this day. (Would have been a nice dovetail if the city name were Moderna, like the pharmaceutical company that has developed a promising vaccine candidate for the damn virus. Hey, Modena is close enough.)

After the crash that killed 16 people, including 13 spectators, at the 1957 Mille Miglia, Maserati moved into building Grand Touring automobiles. I have previously shown the “picture” below, but it’s worth sharing again: 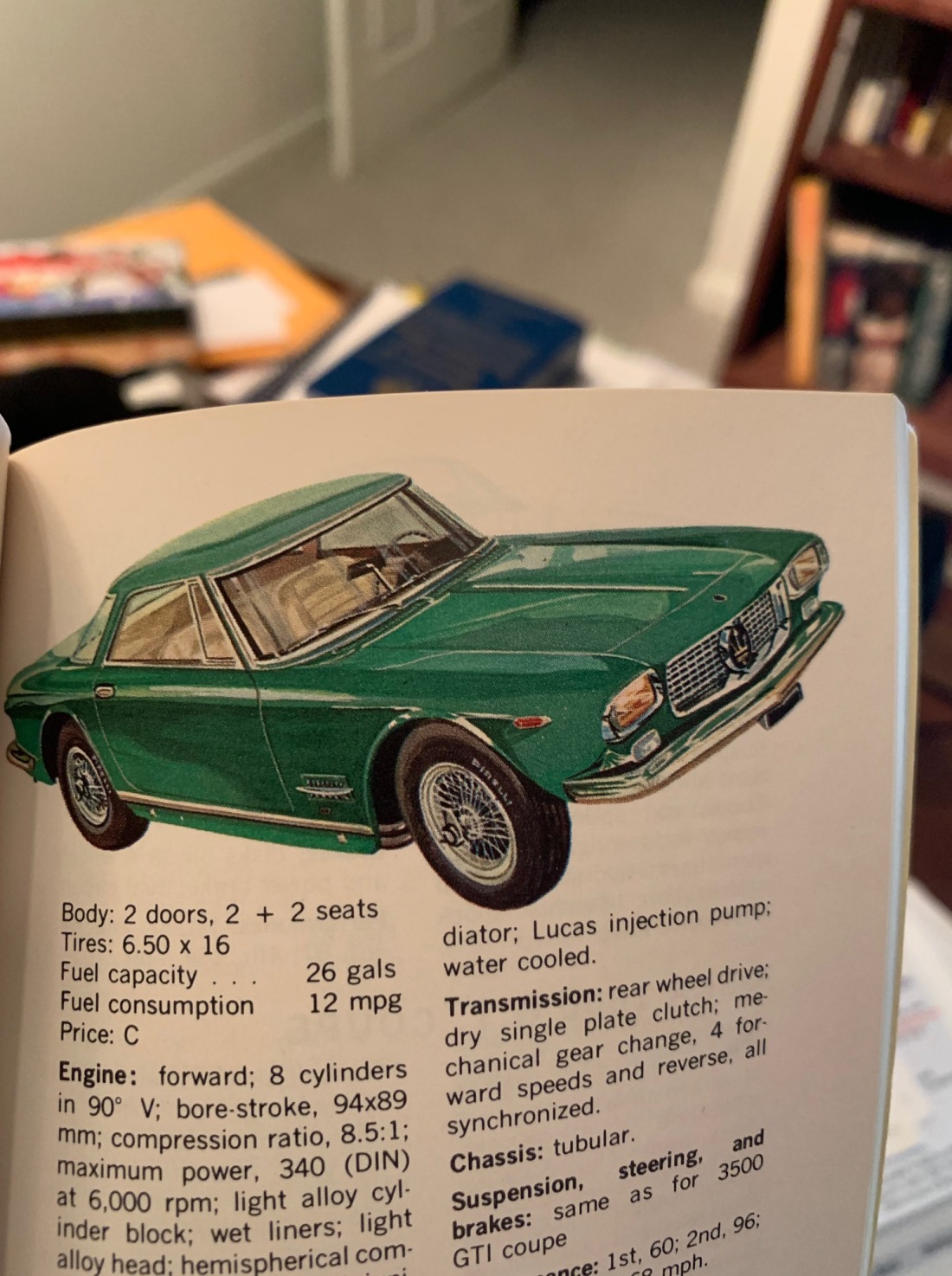 This rendering of a Maserati 5000 GTI is from The Golden Guide To Sports Cars, first published in 1966 and first purchased by me in 1968 or 1969 through a program sponsored by my elementary school. This copy of the book is one I bought far more recently, but remnants of my original version are still in my possession. I have been a fan of Maserati automobiles since seeing that rendering.

Although wildly impractical, I still hold onto a sliver of hope that one of these will be in our possession in the not too distant future: 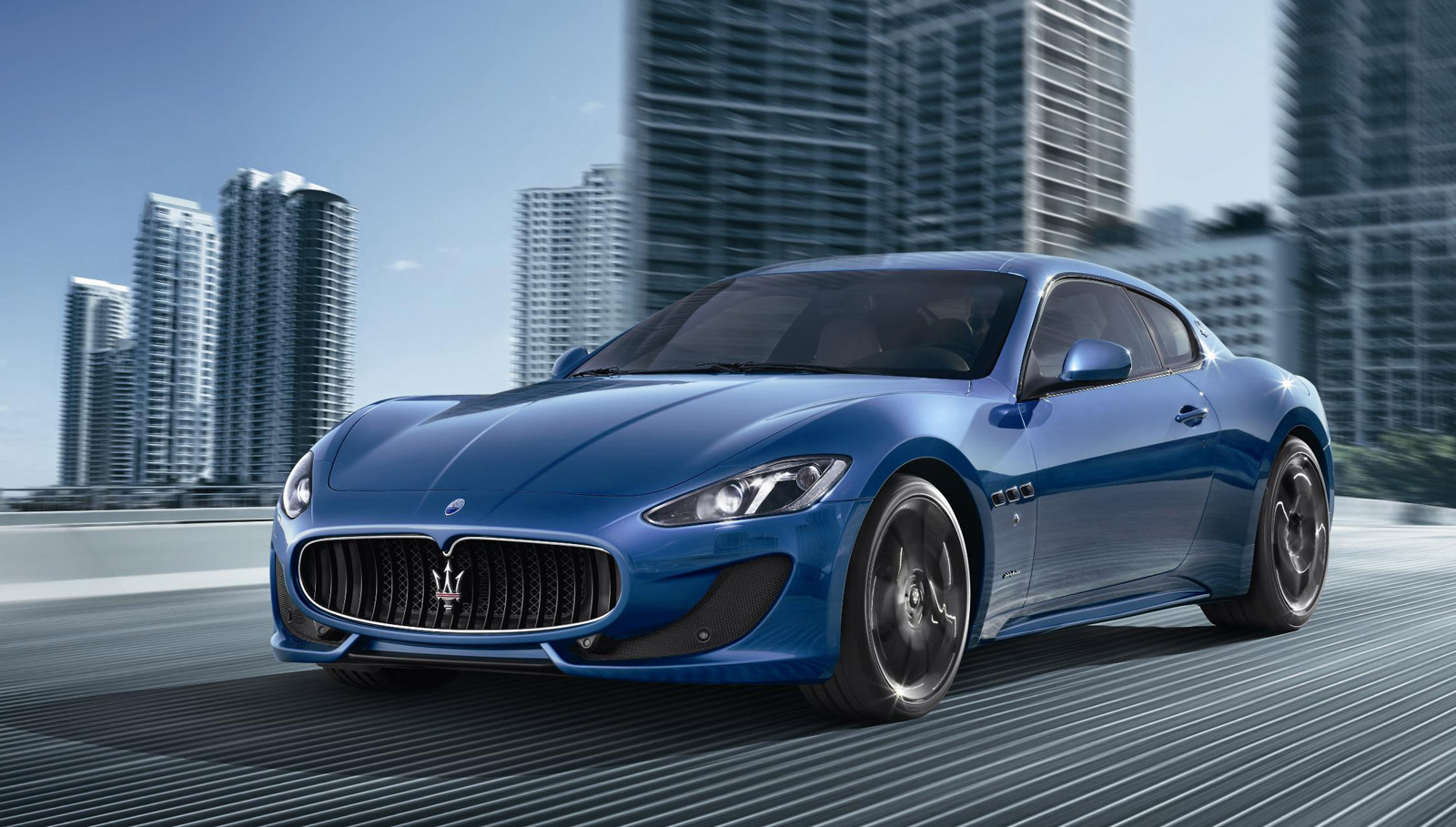 A picture of a GranTurismo coupe that I have shown before (from Motor Authority). Hey, they have four seats and a trunk meaning they could function as Grocery Car/Taxi and would certainly qualify as a worthy Corvette Companion. Yes, I know: too expensive to acquire and to maintain, too long for the garage, too valuable to park outside, too small a backseat. Details can be a pain in the ass.